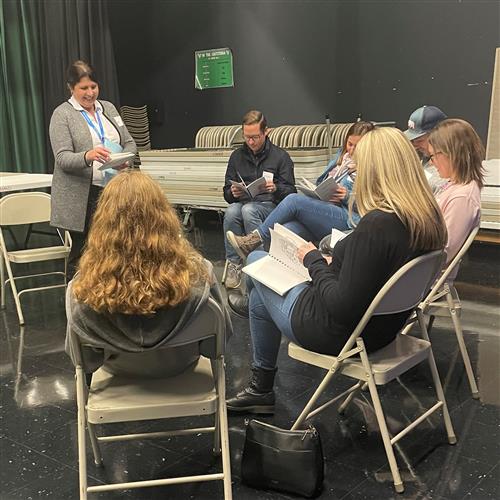 The Pennsylvania branch of the International Dyslexia Association hosted a dyslexia simulation event on Wednesday, October 19, at Hance Elementary School. Organized by Ilene Greenblatt, learning support teacher, the simulated activities were designed to mimic the processing and experiences of people with dyslexia.

Stations were set up throughout the school including reading, writing, listening, arithmetic and spelling. The listening simulation, for example, asked participants to listen to several voices speaking at once and challenged them to pick out key information. Those in attendance described feeling frustrated and found they were expending all of their energy listening rather than comprehending.

In a writing simulation, participants were asked to write the alphabet and then a series of complex paragraphs with their non-dominant hand. Those in attendance described feeling frustrated at not being able to keep up.

In the reading simulation, participants were given a decoding task with a time limit and asked to translate symbols to spell words that told a story. This was designed to simulate lack of automaticity and lack of time.

The International Dyslexia Association estimates 15%-20% of the population has symptoms of dyslexia.