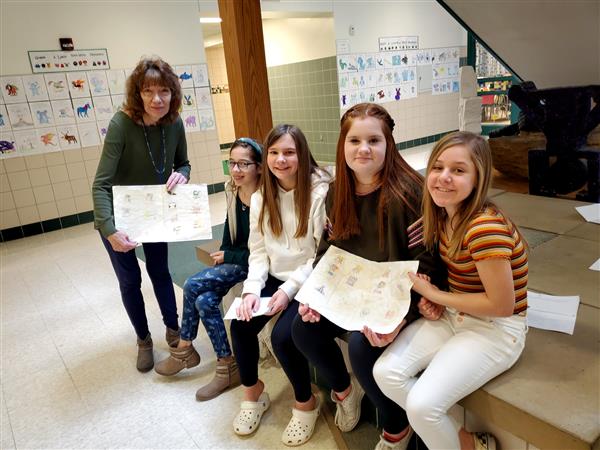 Students in World Language classes are learning are studying how to translate different languages and artwork the week of January 27, 2020.

In studying the communication system of ancient civilizations, the students created Codices using Aztec glyphs and then translating them.

A Codice is a pictorial history of the Aztecs. A glyph is a set of readable characters used for the purposes of writing.

The Aztecs lived in central Mexico in the 14th to 16th centuries. The Maya people lived in southern Mexico and northern Central America, a wide territory that includes the entire Yucatán Peninsula, from as early as 2600 BC.