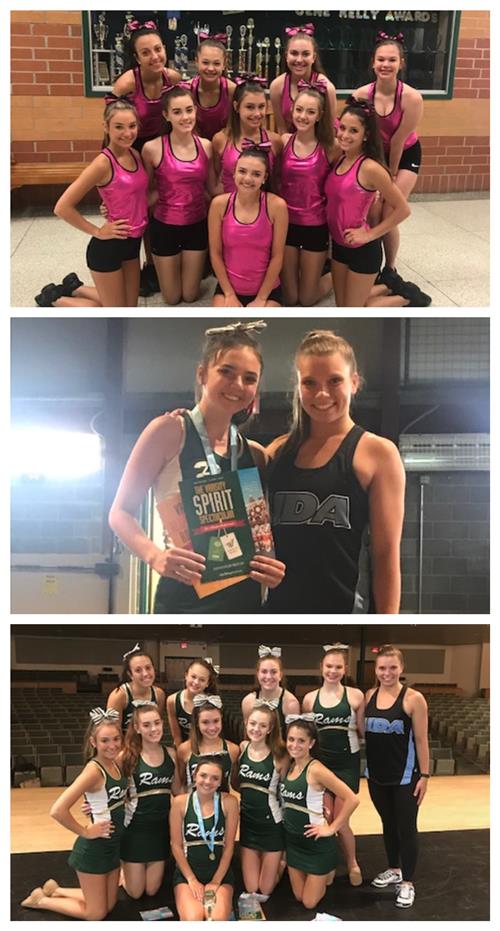 The Pine-Richland High School Dance Team competed at the Universal Dance Association (UDA) Home Technique Summer Camp and won many awards. The PR Dance Team consists of 10 girls in grades 9-12. All ten of these girls competed at UDA. This team has been attending UDA summer camps for the last several summers.

At the 2019 camp, they learned new choreography, participated in technique classes, went to team building activities, and then later judged on their Home Team routine. The team received the following awards: the Blue Ribbon and Superior rating for their Home Team Dance which are of the highest honors. Senior Captain Grace Barcaskey received a “UDA Varsity Spirit All-American Award” for excellence in the All-American Dance Competition. She is invited to perform in the New Year’s Day Parade in Rome, Italy, and the Varsity Spirit Spectacular Parade at Walt Disney Resort in Orlando, Florida in November 2019. Also receiving blue ribbons were the whole dance team for their “A” and “B” routines that were taught and performed at camp. The routines that they performed were Level 5 which is the highest difficulty.

Along with the Dance Team, their coach Kathy Deal received the “Squad Credentialing Award” which was presented based on active participation in and completion of the Varsity Spirit Summer Camp Dance Squad Credentialing Course for school dance teams. This was developed in conjunction with the National Federation of State High School Associations (NFHS) and provides leadership training, safety awareness, proper technique, and progressions, as well as specialized training in the five traditional roles of a Spirit Leader, Ambassador, Athlete, Performer, Role Model, and Spirit Raiser.

The Pine-Richland Dance Team received a Superior rating which is the highest honor at every summer UDA Camp. The Team was invited to perform January 1, 2020, at the Citrus Bowl in Orlando, Florida.

The PR Dance Team also participated in the Varsity Spirit UDA fundraiser to show support to St. Jude Children’s Hospital and their fight to save the lives of children fighting cancer.