A team of PRHS students placed 3rd at a regional Battle Bots competition.

Alec Conti, Dylan Serafini, Thomas Beam, Thanh Bui, Bhavesh Kaloya, and Joseph Woodrow built their battle bot under the guidance of teacher Evan Clark in the advanced robotics class offered at the high school. The students competed against other teams of students from other high schools in Western PA.

Battle Bots is a competition where teams of students compete against each other using a robot that they designed, manufactured, and assembled their battle bot beforehand. To win Battle Bots, teams had to either knock the opponent battle bot out of the rink or to disable the robot so that it doesn’t work anymore.

Each battle bot had to follow a very specific set of requirements in order to be eligible to compete. Some requirements include having a certain weight, only using some chosen materials, and having a specific battery. 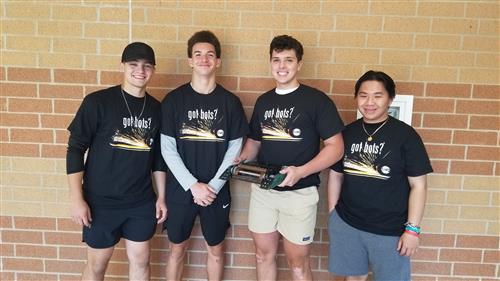