Stream via Prime Video and Itunes on November 2, 2021

1989 Richland High School graduate Sean Freeland is producing and starring in an upcoming music comedy feature film entitled Electric Jesus, which is set to release on November 2, 2021. While his primary duty is producing the film, Mr. Freeland also portrays Kasper Kapelrud, a Norwegian heavy metal fan who is never up to any good.

Mr. Freeland has starred in shows such as Ozark, The Walking Dead, Nashville, Constantine among others. He has a couple of roles in great projects coming up in 2022 that haven't been announced yet so they are top secret at this point. Word has it that he will be seen alongside Sir Patrick Stewart in early 2002.

“I can't discuss,” said the producer/actor. “But, I have been getting to work with some legendary people so keep an eye out.”

He said when he first read the script for Electric Jesus, he loved it.

“Creatively it was a really solid story with great dialogue, great music, and great characters,” said Mr. Freeland. “Emotionally, I knew it was something that everyone could relate to. Anyone who has ever had a dream, been on a sports team, in a band, or just had a good group of friends growing up, that's what this story is about. It's a coming-of-age story with a very John Hughes and Cameron Crowe vibe to it. So my producer brain also knew it was going to be very easy to sell.”

The film is about a girl, who runs off with a touring Christian hair metal band during the summer of 1986.  The movie stars Brian Baumgartner (Kevin from The Office) and Judd Nelson (The Breakfast Club), along with an ensemble cast of super talented up-and-coming young actors. 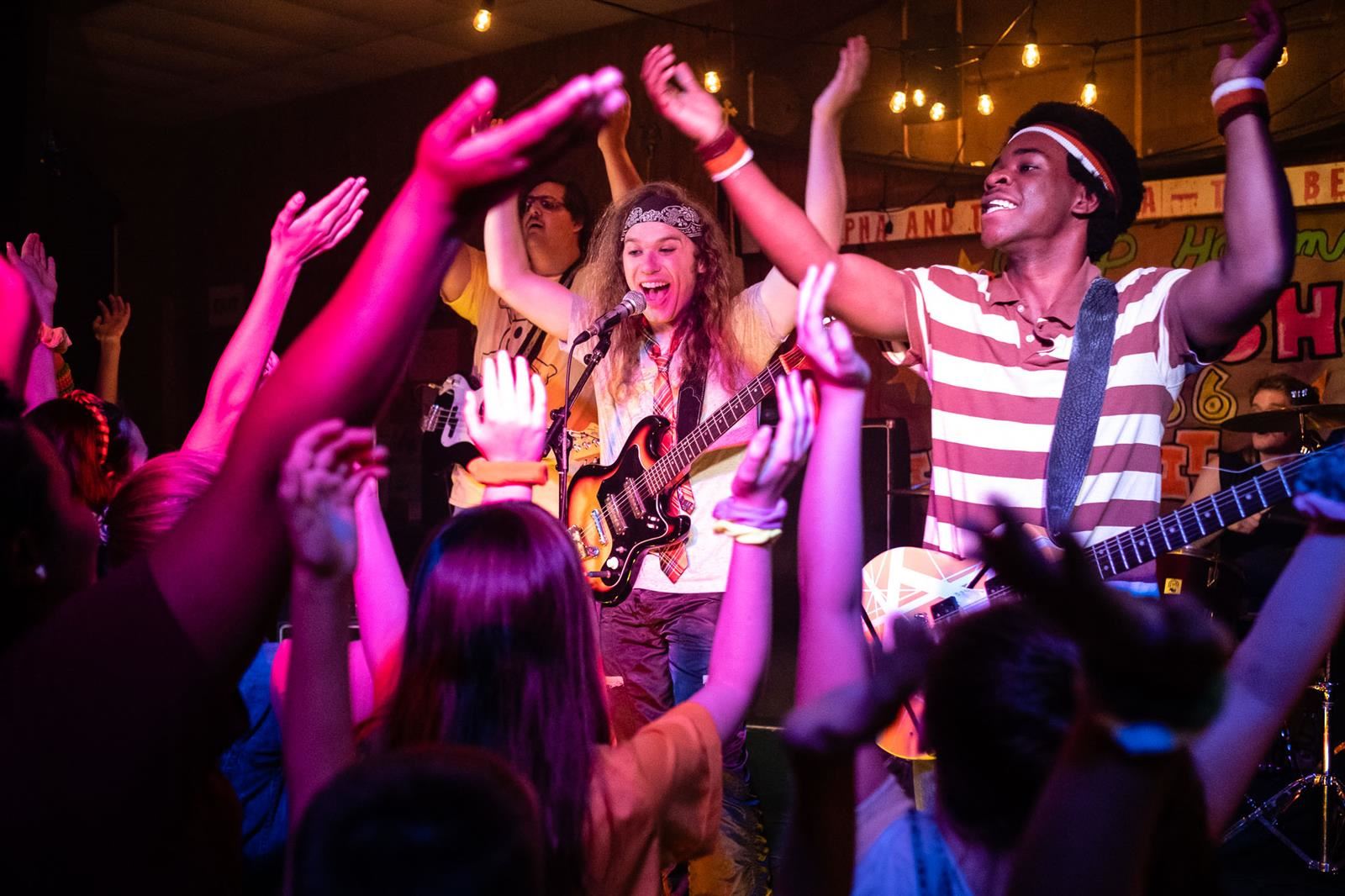 The producer/actor goes on to talk about the underlying message of the movie.

“We are all living our own lives and believe that we are the main character in every storyline but sometimes we are just a supporting character in someone else's journey,” he said. “It's also great because we get to watch the female lead character grow before our eyes into a strong and resilient young woman. Even though it is a comedy it has real soul to it. There's a deeper meaning below all the fun of the film.”

Chris White wrote and directed the film and his wife Emily Reach White served as the executive producer. Daniel Smith of Danielson wrote all of the original music for the film with Chris White writing the lyrics.

“They did such a great job,” said Mr. Freeland. “The whole film is full of original music from the main band of the story, 316, and their songs, to the music of the secular heavy metal bands our main characters find themselves having to play alongside.

The soundtrack is already out on both vinyl and streaming. The music is fantastic. All based on 80's heavy metal, there's even a love ballad. Some people have already confused the songs for originals released in the 80s. They get stuck in your head for days after hearing them. If that's not the best compliment on the music ever I don't know what is.”

The film has been accepted to 35 film festivals so far with 20 wins to date and is expected to garner a few more. The film has won in all categories from Best Director and Best Actor to a number of Best Narrative Feature Film awards. The movie is expected to stream via Prime Video and Itunes on November 2, 2021.