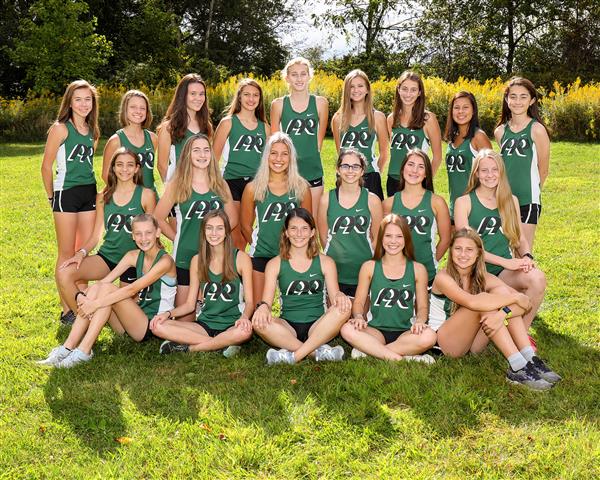 Congratulations to the Pine-Richland girls cross country runners who had fantastic races at the PIAA State Cross Country Championships in Hershey on Saturday, Nov. 2, 2019.

The Pine-Richland Cross Country Team had a fantastic WPIAL Championship meet at California University of Pennsylvania on Thursday, October 24, 2019.

The girls team placed fourth overall out of 30 teams in the very competitive AAA division, just narrowly missing qualifying for the PIAA State Championships by one place. It was tied for the best team place for the girls team since the early 1990s. It was the 3rd time since 1996 that the girls team finished fourth. Up until cross country split into three classifications seven years ago, there were four teams from AAA that qualified.

Congratulations to Natalie McLean for her 11th place finish and Meredith Price for her 12th place finish, the highest places for PR girls at WPIALS in 19 years. Since moving to the higher AAA classification in 1998, only one girl has finished higher than these two girls by finishing in 10th place in 2000.

Natalie and Meredith qualified individually for states, which will be held on Saturday, November 2, 2019, in Hershey, PA. and earned medals for finishing in the top 15.

Additional PR female runners also had great races. Elizabeth Hunkele was our third runner and just missed qualifying for states by two places. She tied for 32nd place. After removing runners from the results from the three qualifying teams, runners are reseeded and the top 15 individuals go to states: Natalie was fifth. Meredith was sixth. Elizabeth finished 17th, catching 13 runners the last mile of the race and just came up seconds short of making states.

Our girls team finished seven wins and two losses in section meets and tied for 2nd in our conference with North Allegheny and Butler.  Our section is the strongest section with four out of the top five AAA WPIAL teams coming from our section. 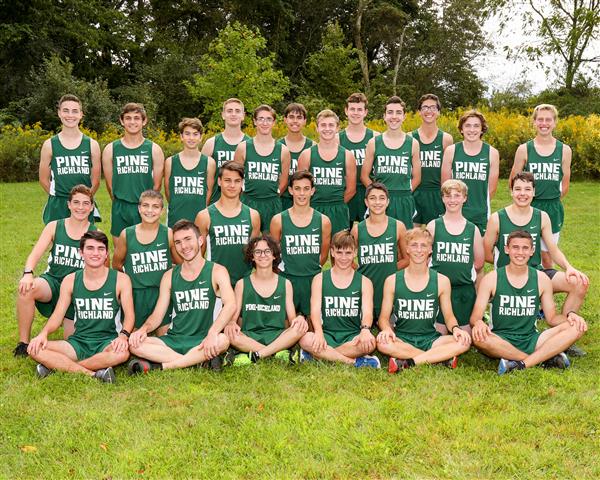 Our boys team placed 14th out of 31 teams, improving three spots from last year. Our top finisher Victor Williams had a great race and wasn’t far off from qualifying for states. Nick Labuda, Quinn Pritchard, Chris Fisher, Nick King, Max Hudak, and George Nix all had impressive races and great seasons. Our boys team finished with three wins and four losses in the section.  Our section is the strongest section in the WPIAL with all three state-qualifying teams coming from PR's section.

The future is bright for the cross country program. We expect the girls team to qualify for states next year and be a strong contender to win the WPIAL Championship.  Seven out of the top eight varsity girls are returning. Six out of our top seven girls yesterday are sophomores or freshmen. And in most meets, our top 6 consisted of 4 sophomores and 2 freshmen. The team will be adding a top current eighth-grade runner next year who can potentially be a top WPIAL runner also. The team also will be adding a girl who was one of our top runners last year but missed this season due to injury.

Our boys team is also very young with seven out of the top eight varsity boys returning. Plus another varsity boy, who was in our top 5 the first two meets of the season, will be back from injury.  We also have strong current 8th grade boys who will be joining the high school team. One of the eight graders can potentially be a top runner and make a big impact next year.

Every runner on the PR team this year made great progress (not just the varsity.)

Athletes on the team have a great commitment to training and being the best they can be. The team has great team chemistry and has fun training and competing and also supporting every team member.

We have high goals and big hopes for both the girls and boys cross country teams next year and many years into the future.