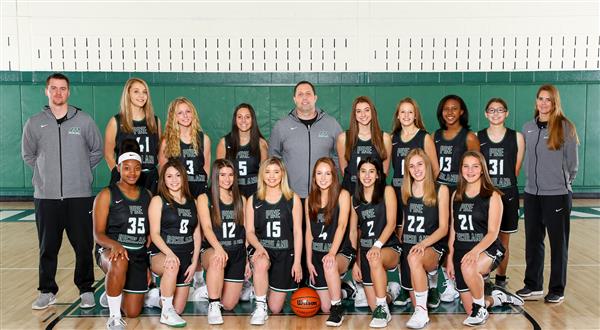 The Pine-Richland Girls Basketball team opened the season with two victories at the Ambridge Bridgers tip-off tournament Dec. 6-7, 2019. The Rams opened the season with a win over tournament host Ambridge. The Rams defeated the Badgers by a final score of 49 - 28. The Rams were led in scoring by the duo of senior Meghan Luellen and freshman Kaili Doctor who each contributed a game-high 13 points. The Bridgers were led by Rachel Guthrie who scored a team-high 11 points.

The Rams continued their winning ways the following day recording their second victory over the West Allegheny Indians by a score of 50 - 14. Once again the Rams were led in scoring by the duo of Luellen and Doctor, each contributing a game-high 13 points each in the victory.  West Allegheny was led by the duo of Sophia Morton and Kayla Harvard who each contributed five points each. The Ram returned to action Dec. 9, 2019. This game marked the season home debut for the Rams as they competed against the Mars Planets. Mars took the win  46-47.

The Rams are scheduled to begin section play this week as well with a scheduled game against Norwin on December 12, 2019.

Tip-off is set for 7 p.m. for the varsity team.

The junior varsity game is canceled. It had been scheduled for 6 p.m. but has since been canceled.