The Pine-Richland Field Hockey Team plays for the WPIAL Championship. The Rams face Peters Township on November 4, 2020, at 6:30 p.m. at Fox Chapel. You can view the game live via this link.

The team beat Mt. Lebanon at home on October 28, 2020, in the first round of WPIAL play with an 8-0 win.  Rylie Wollerton contributed to the win with a hat trick (scoring three goals in a single game).

Her offensive skills helped the Rams to a 5-0 record in September. Included in her scoring statistics are three-separate hat tricks and three game-winning goals. Rylie serves as an important connector in the team’s passing game.  Head Coach Donna Stephenson says this might be a first for Western Pennsylvania as she cannot recall any other player earning the recognition on this side of the state.

The National Field Hockey Coaches Association (NFHCA) is a nonprofit organization serving field hockey coaches and supporters of the game from across the United States. The mission of the organization is to stimulate the professional development of coaching leadership within the sport of field hockey. Play Safe Turf & Track is the Official Sponsor of the 2020-2021 NFHCA High School and Club Players of the Month Program.

The above photo is the team photo for 2020-2021 courtesy of Madia Photography.

Below is a photo of the team following the Peters Township Game on October 19, 2020, after taking the section championships. 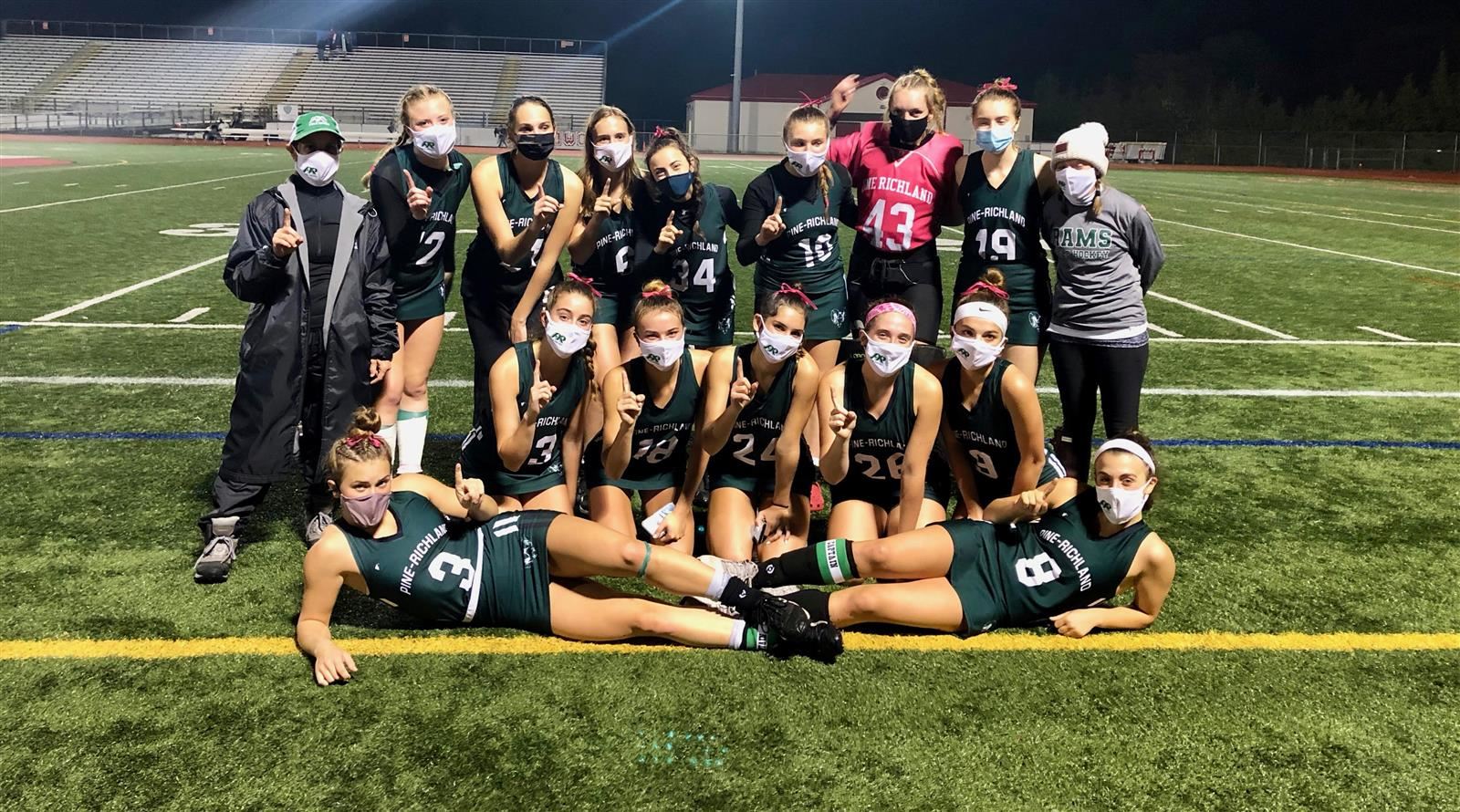