Hunter Baxter (class of 2017) recently gave the commencement speech at the University of Maryland, representing all of the student athletes at the athlete commencement ceremony. At the ceremony, he was also awarded the M-Club Post-Graduate Scholarship, The NCAA BIG10 Post-Graduate Scholarship, and was announced as obtaining the highest GPA on the Wrestling Team and Academic All BIG10!

Nate Lukez (class of 2020) had the highest QPA at West Point this past semester. Nate said he would like to thank Pine-Richland wrestling for helping him reach this achievement. 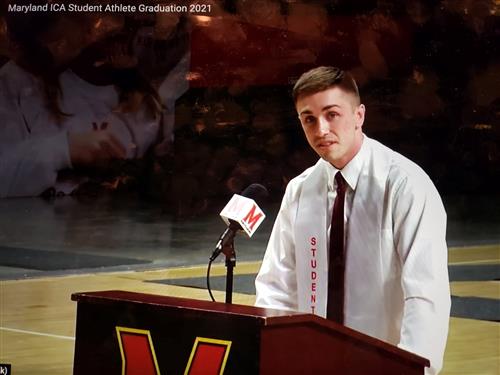