Wrestling Team to Participate in Championships 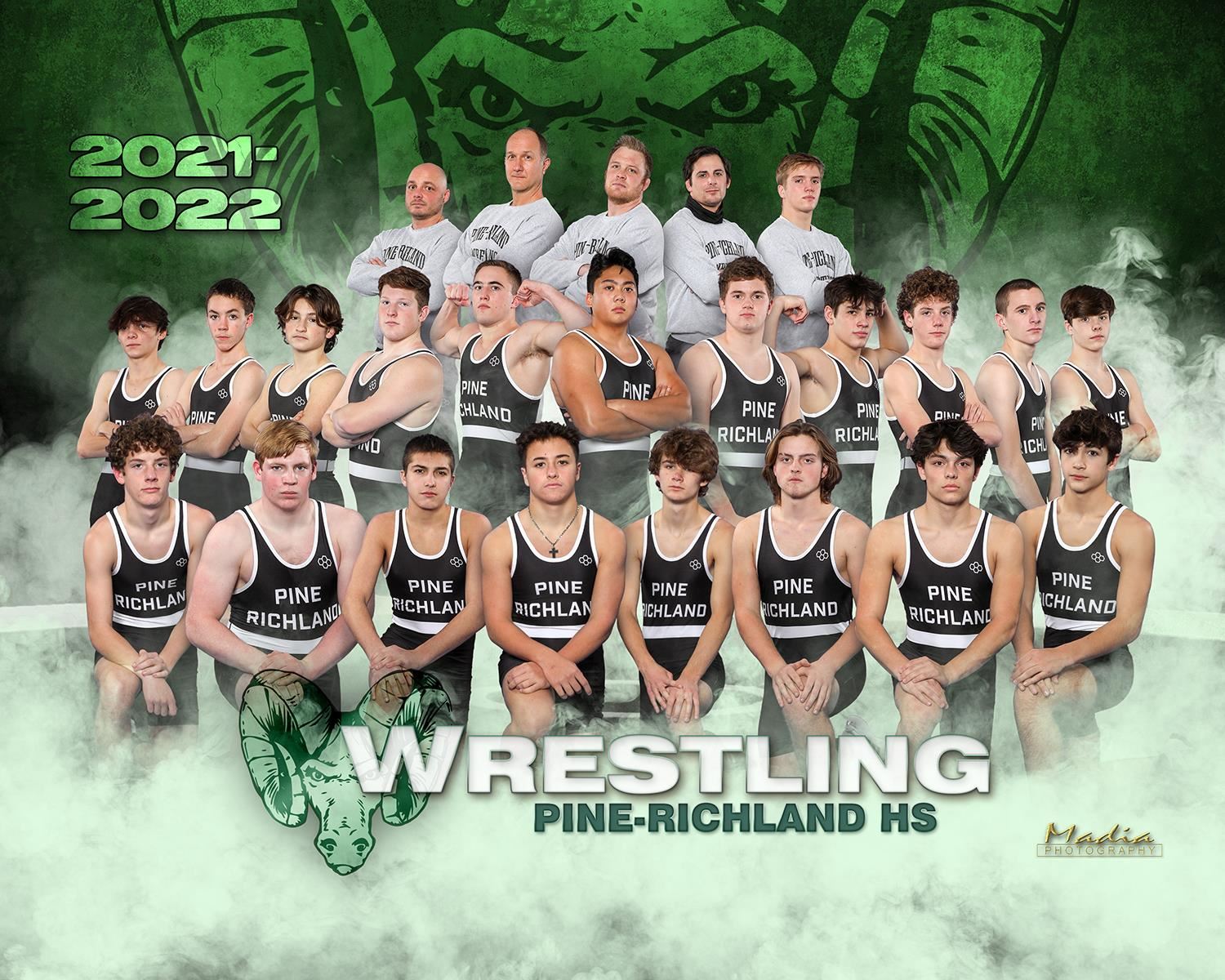 The Pine-Richland Wrestling Team took on Kiski Area in the Round of 16 of the Team Championships at Connellsville High School on February 2nd.  Kiski took the win 48-19.

The Wrestling team won two sectional matches on January 12, 2022.  The Rams beat Noth Hills 44-13 and Mars 66-6.  The Wrestling team is now 4-0-1 and preparing for the county tournament this weekend.  Congratulations to Kelin Laffey who is ranked number 1 in the state.

The Pine-Richland Wrestling Team sent five wrestlers to the 55th annual Powerade Wrestling Tournament on December 29-30, 2021, in Canonsburg, PA. The tournament has grown to 65 teams, 27 from the WPIAL. It includes four of the top five ranked teams in the country, Malvern Prep, Blair Academy, Bergen Catholic, and Wyoming Seminary, and many top programs from the state.  This year’s tournament features teams from Maryland, Illinois, New Jersey, New York, Virginia, West Virginia, and Ohio and is the toughest it has been in its history.

Other impressive results came from freshman Dominic Ferraro at 120 pounds who went 4 and 2.  Anthony Ferraro started strong with wins against the 20th and 13th ranked wrestlers in the state and finished with 3 wins and 2 loses.  Also, winning 3 matches were Joey Schneck and Jake Lukez.  The team finished 28th out of 65 teams where strong teams like Seneca Valley finished 41st and North Allegheny finished 49th.  The Pine-Richland coaching staff were incredibly proud of the effort by all the wrestlers.

The first-ever Ram Duals took place February 5, 2022 at Pine-Richland.  Ten teams were invited to wrestle in five matches each.  Pine-Richland had victories over perennial powerhouse Hempfield Area, Moon, Mt. Lebanon, Hampton and Conneaut Area, which left the Rams with a perfect 5-0 day.  Dante Cruz 13-9, Joey Schneck 31-5, Anthony Ferraro 29-3, and Shane Simpson 21-7 were also perfect on the day winning all five matches.  Jake Lukez 29-9 and Dominic Ferraro 29-6 went 4-1.  The last match of the day placed Anthony Ferraro against Hempfield’s wrestler Ethan Lebin who is ranked 7th in the state.  The team needed a win or would lose a tiebreaker to fellow 5-0 Highlands team.  Ferraro won the match 1-0 and secured the team championship.  The wrestling team finished the season 12 and 3  after beating Fox Chapel team at home.

The Pine-Richland wrestling team defeated Greenville, the number 15th ranked team in the state, 40 - 30 on December 23, 2021, at home in front of a packed gym. With the victory, the Rams improved their record to 1-0 after an impressive 3rd place finishes in their opening 30 team tournament in Chartiers Houston the previous week.

Three current Ram wrestlers are ranked in the state.  Kelin Laffey is ranked #2, Anthony Ferraro #18 and Joey Schneck #22.  The team returns to action this coming Wednesday, January 28th, 2021, at Powerade in Canonsburg,PA.  Powerade is one of the toughest tournaments in the country with 66 teams participating from many states.  Four of the top five teams in the country will be there competing. 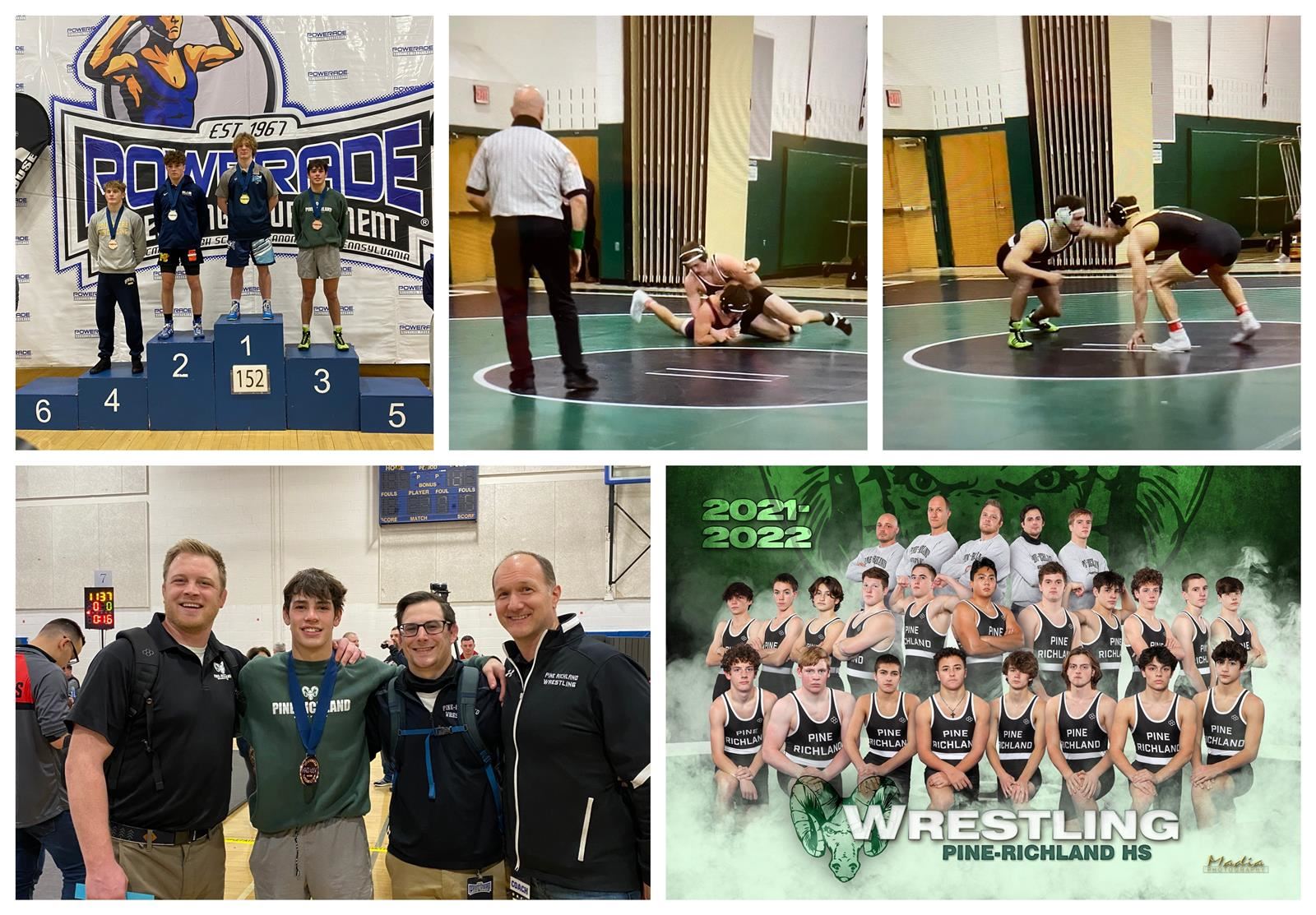