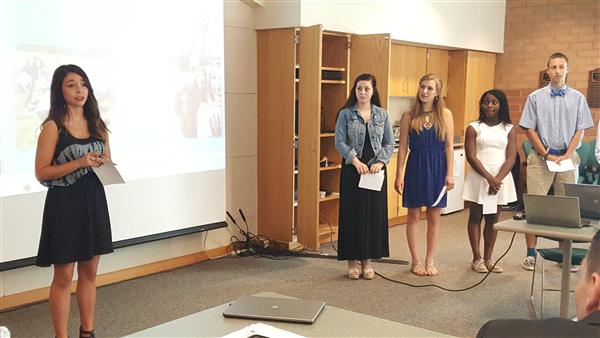 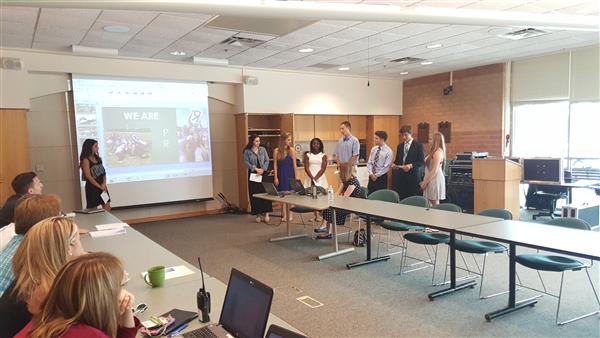 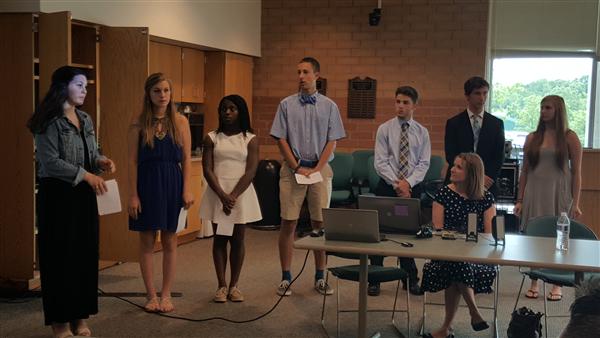 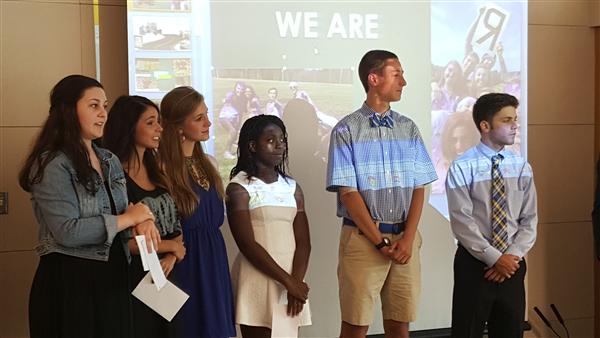 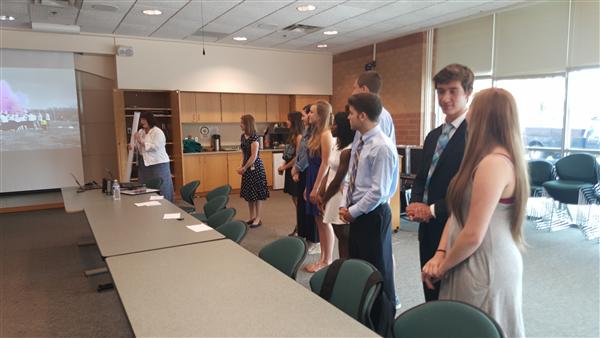 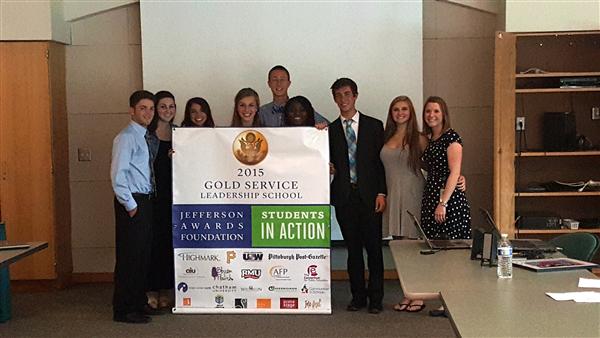 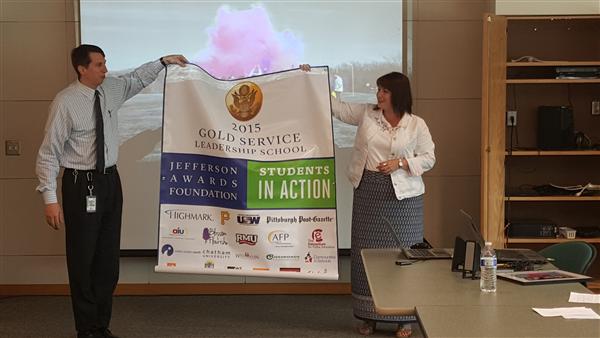 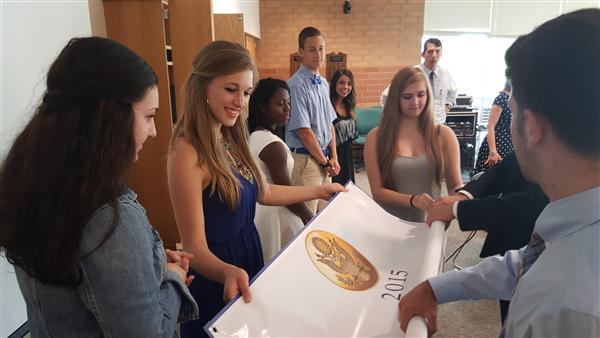 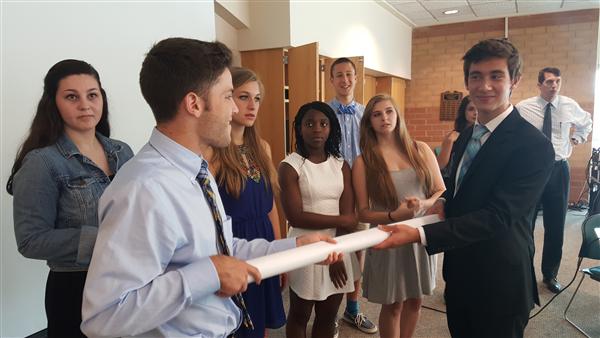 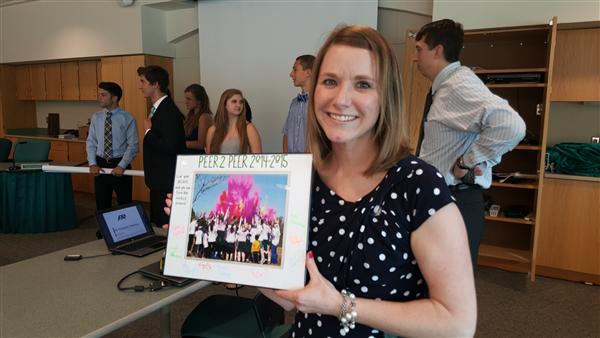 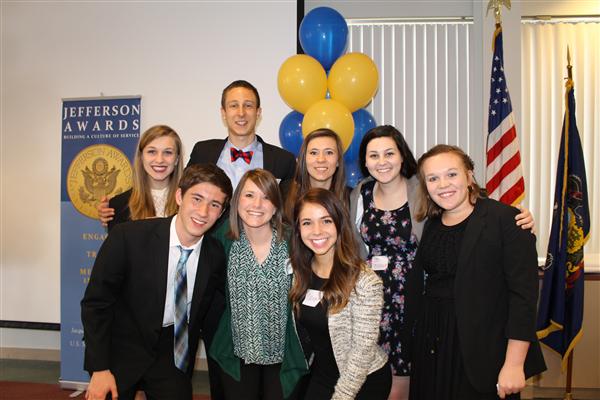 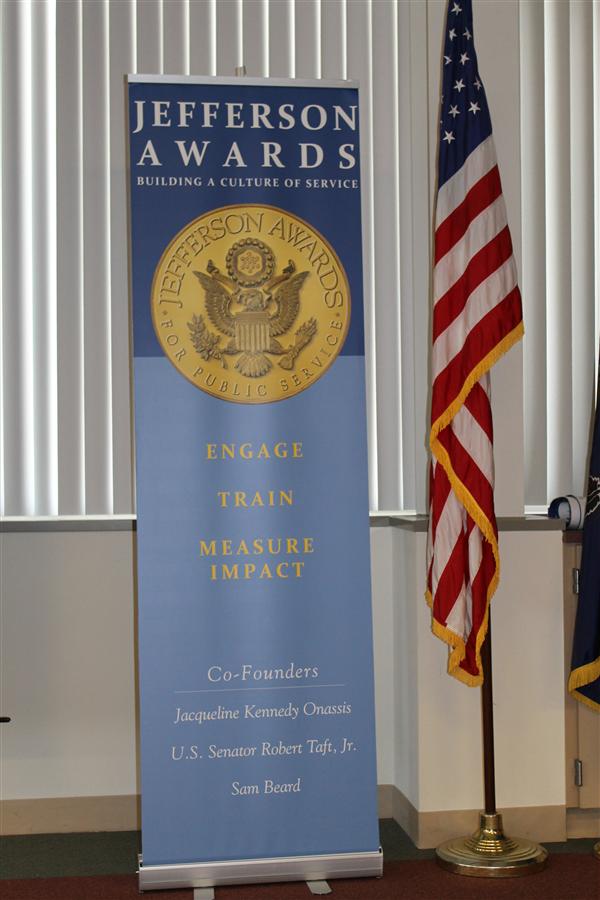 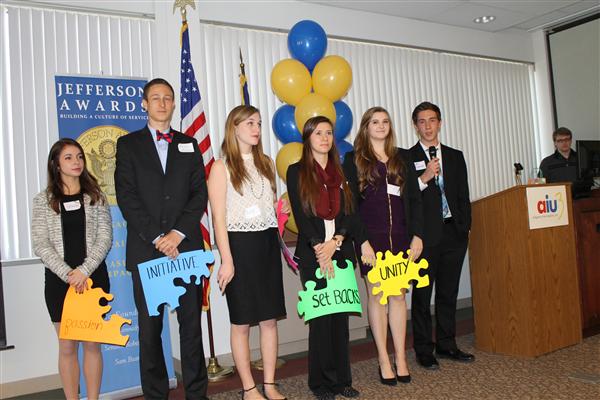 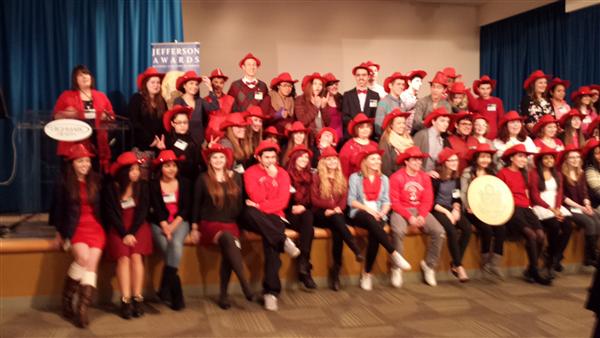 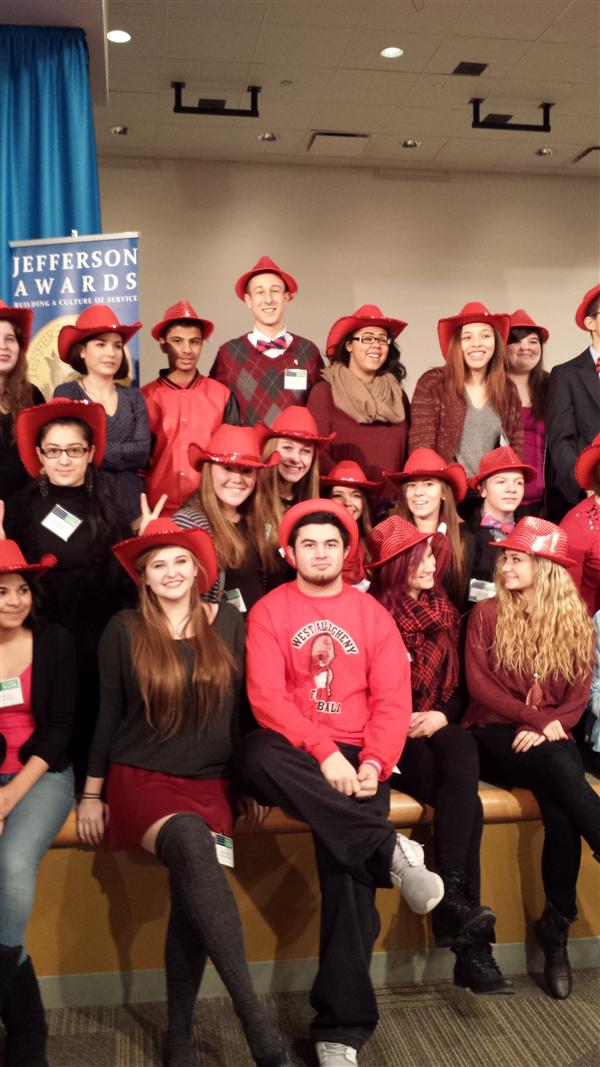 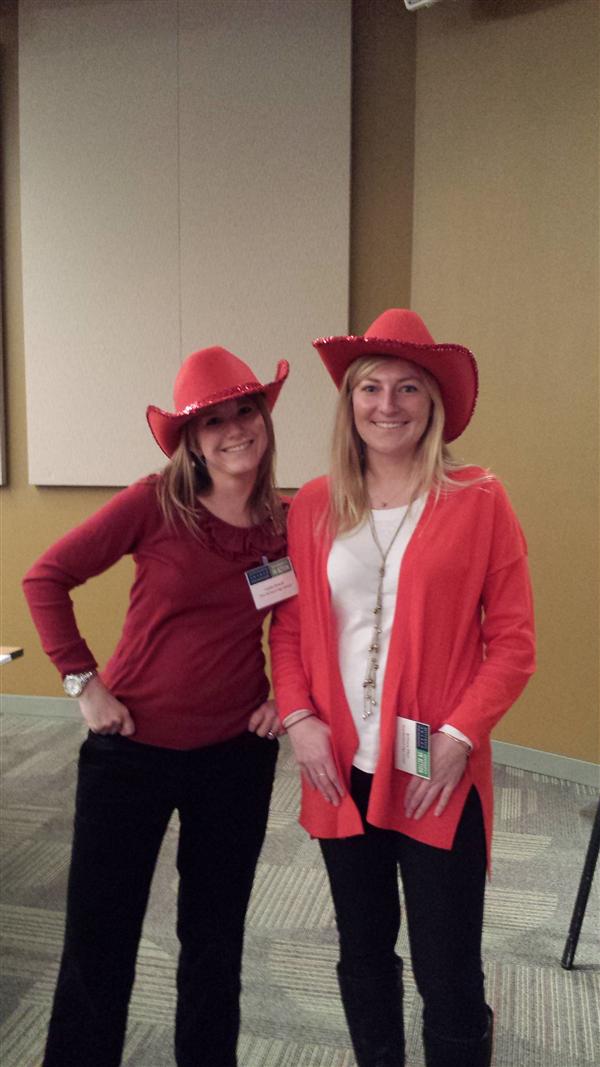 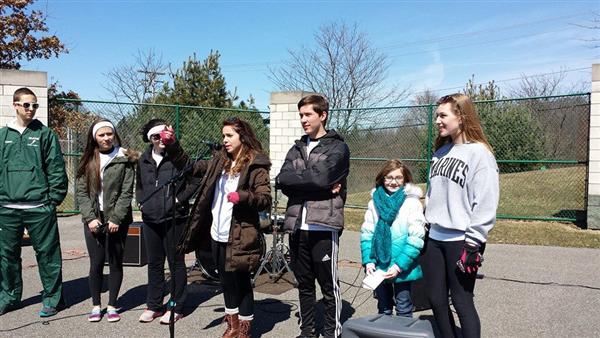 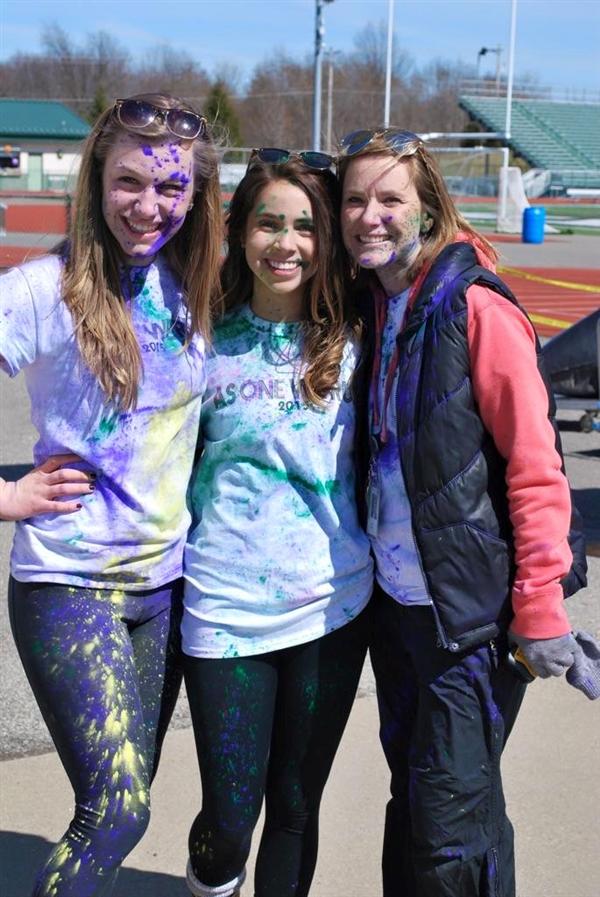 Video
The Pine-Richland High School  Peer-to-Peer Empowerment Team earned a Gold Banner at through the Jefferson Awards Foundation. They were officially recognized on May 28, 2015 at the PR Central Offices. Jefferson Awards Foundation Regional Director Jodi Klebick presented the banner to  Peer to Peer co-presidents Callahan Miller and Andy Aukerman and students Izzy Werner, Liz Tierno, Emfa Akwayena, Noah Adams and Madi Tomlin.
"These students worked to recruit and build a culture of service," Ms. Klebick said. "They earned a gold banner their first year. They were amazing."
Students learned that they earned the gold banner at the regional Competition at the Allegheny Intermediate Unit on April 11, 2015. Peer-to-Peer made a presentation on all of the outreach and fundraising projects they hosted.  The students competed against three other local schools. Although the team did not receive the opportunity to go to Washington, DC to compete nationally, they were recognized with the Gold Banner.
"It was a great year for the team," said PRHS Counselor Leslie Straub. "They had great synergy and accomplished all of their goals of bringing people together as one at the race, showing kindness through Random Acts of Kindness week and honoring others in our school who have served our communities. Best of all, they did a phenomenal job presenting their project and presented details about their year at the annual Peer to Peer Luncheon sponsored by Crisis Center North."
They participated in a workshop on Feb. 5, 2015.   The ladies in the group  wore red for women's health along with hats donated by Taylor Swift. Students who attended included: Noah Adams, Callahan Miller, Nikki Rodgers, Madison Tomlin, Maralie Van Dyk and Izzy Werner with sponsor Leslie Straub and teacher Brittany Pikur.

This year the Peer-to-Peer Team worked on completing a project of "Breaking Down Social Barriers" at PR. Their project includes recognizing those in our school and community who are going above and beyond in community service, holding a Random Acts of Kindness week and ending with their "As One We Run" Color 5K Run on March 29, 2015. The group had a huge turn out for the run and  raised more than $1,000 to donate to 4Diamonds for Pediatric Cancer and Curesearch.org.