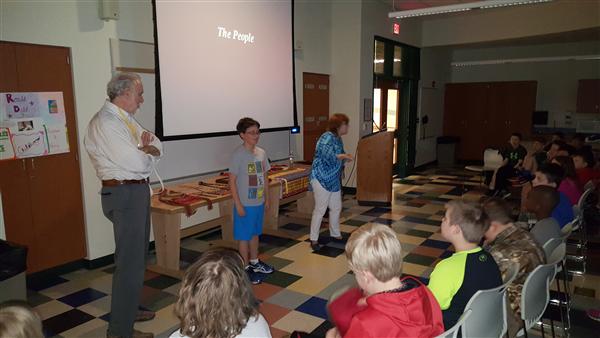 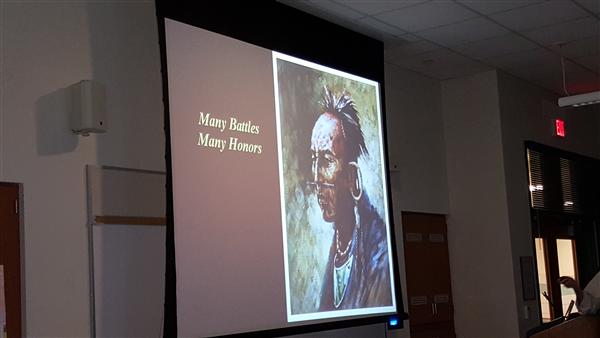 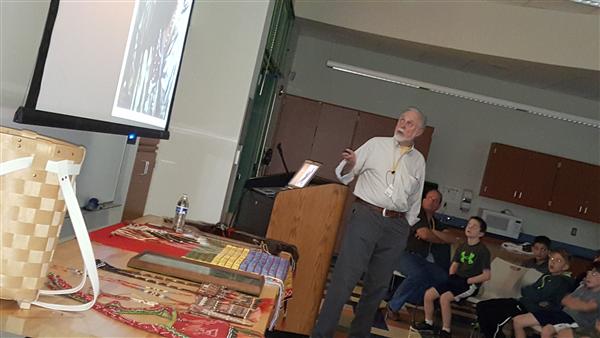 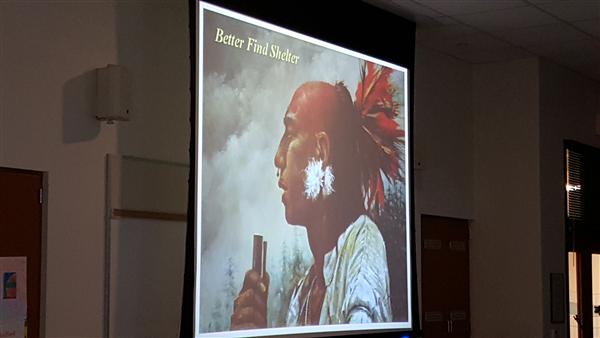 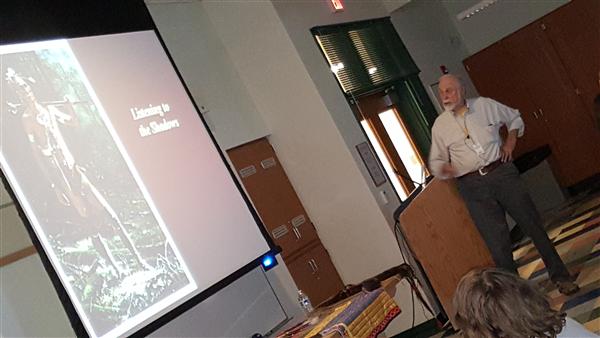 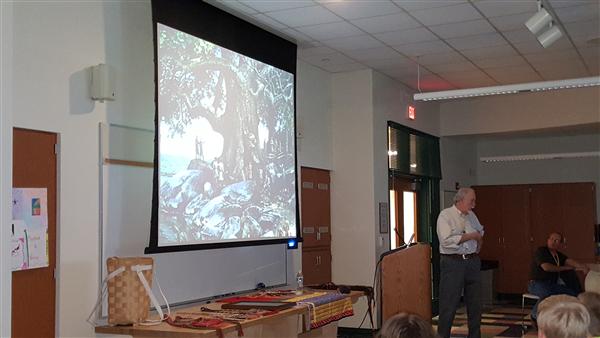 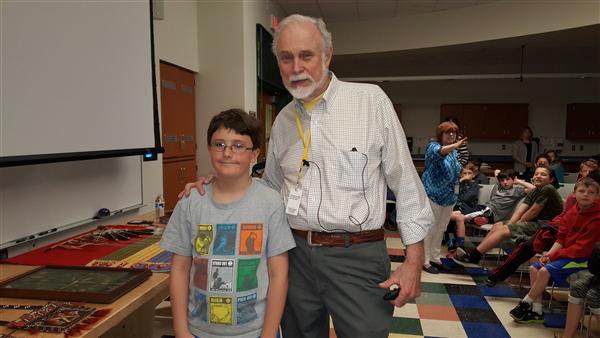 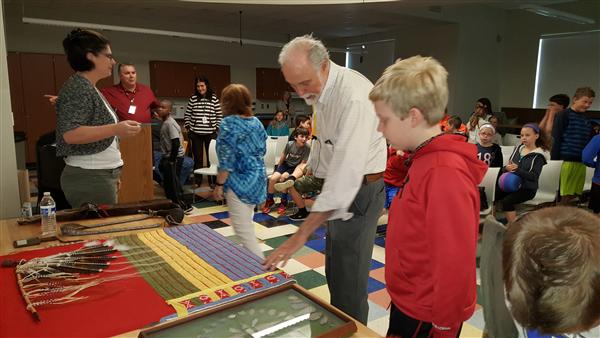 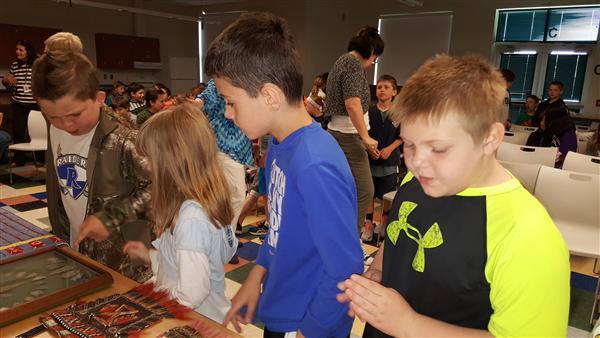 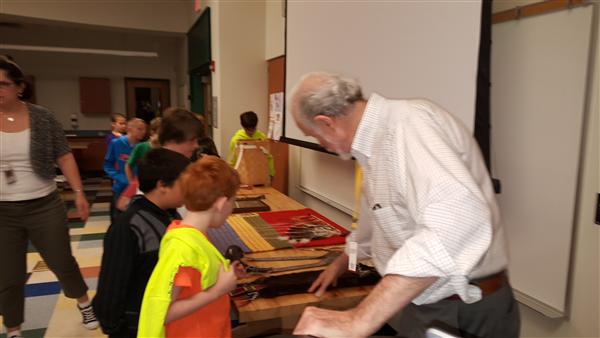 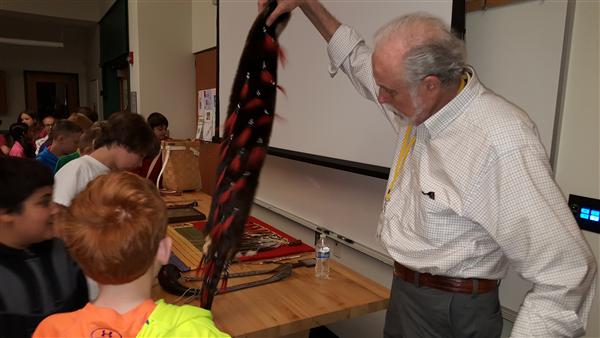 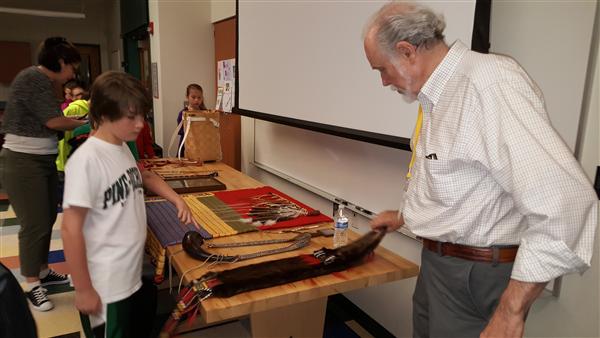 Local artist Robert Griffing, Jr., took students on a journey through history by sharing some of his work, which can be found in their social studies textbooks.
Teacher Colleen Todd introduced Mr. Griffing, who is the grandfather of fourth grader Cole Eirkson.  Mr. Griffing shared with students some of his paintings that appear as illustrations in textbooks about the history of the United States.

The artist creates his oil paintings through a lot of research and sometimes reenacting a scene with live models. His research shows through in his paintings which feature realistic portraits of Native American Indians. The viewer can't help but be captivated by the painting, which tells a story from history.

The artist shared some of his paintings including:

The Wounding of General Braddock painting can be seen at the Heinz History Center in Pittsburgh.

The artist explained to students some of the significance of what was depicted in the paintings (warrior paint, headgear, decorative blankets, stripes, weapons, etc.). He also shared with them reproductions of artifacts he's collected over the years that help him with his artwork.

Mr. Griffing grew up in Linesville, PA, where he collected stone artifacts, which sparked his interest and love of history and native cultures. He graduated from the Art Institute of Pittsburgh and spent 30-years in advertising.  Later, he decided to return to his early fascination of the Eastern Woodland Indian of the 18th century.