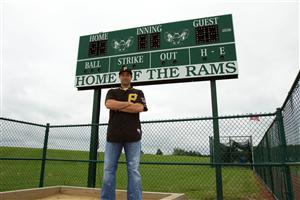 The district would like to wish second-baseman Neil Walker good luck as he moves on to be a part of the New York Mets organization. The Pirates announced the trade on December 9, 2015.
Mr. Walker graduated from Pine-Richland High School in 2004 with letters not only in baseball, but football and basketball as well. He has always been a big supporter of the students here at Pine-Richland returning to talk with kids and even promoting his love for reading.
Coach Kurt Wolfe, who coached Walker when he played middle school basketball and later for high school football and baseball, talked to WTAE's Beau Berman about the trade. You can read more about that interview and trade  by clicking here.
While Neil Walker will be sporting new uniform colors, the district hopes he will always remember not only his black and gold, but his green and white roots.
Copyright © 2002-2021 Blackboard, Inc. All rights reserved.