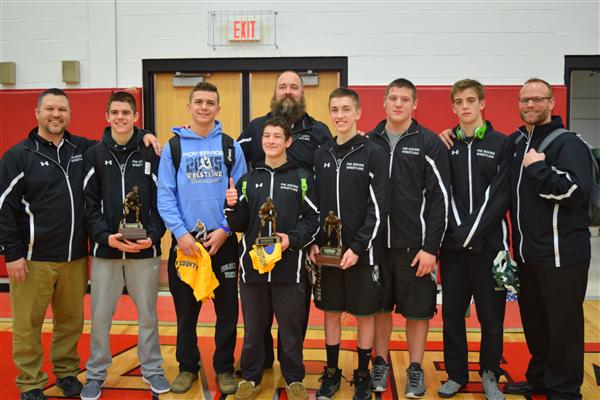 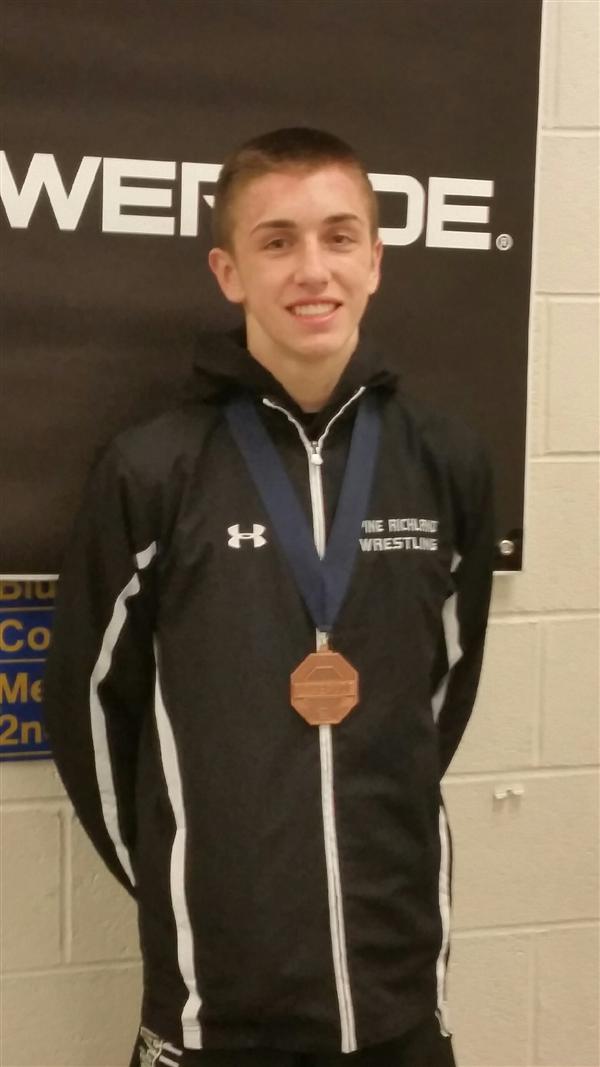 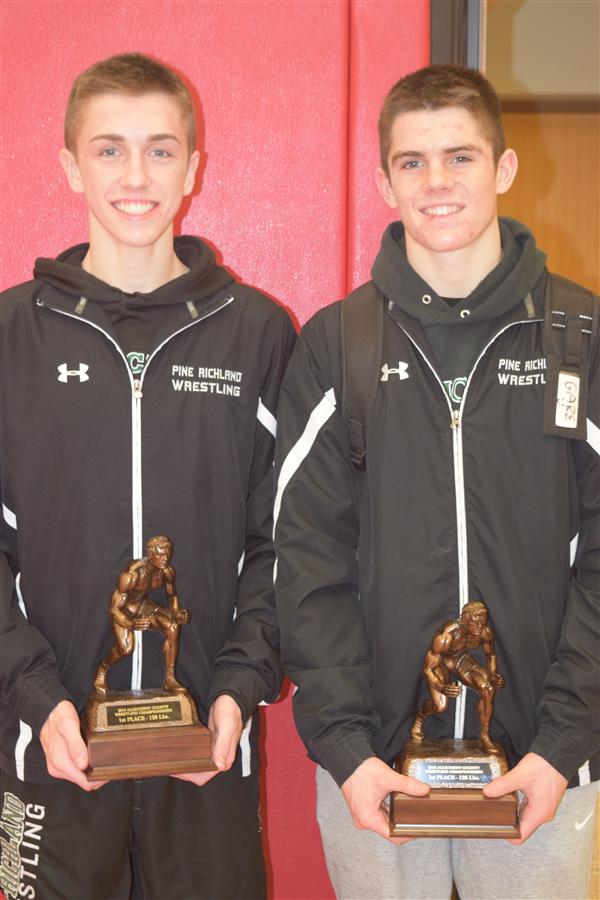 Wrestlers Earn Placement in National-Level Tournament
Two Pine-Richland wrestlers earned a spot on the podium at a national level tournament. Junior Hunter Baxter (120 pounds) took sixth place and junior Garrett Burnham (125 pounds) took eight place at the Powerade Wrestling Tournament. The tournament attracts the best of the best from across the US. This year, 49 teams from 10 different states participated. Participants say the tournament has a reputation for being extremely tough in regards to competition and was votes the toughest high school wrestling tournament in the state of Pennsylvania and the second best high school wrestling tournament in the USA. Visit http://poweradewrestling.com for more details. The Pine-Richland wrestlers worked very hard with the two boys placing. A couple of other wrestlers were close to making it on to the podium at this difficult competition, which was held ad Canon-McMillan High School on Dec. 29-30, 2016.