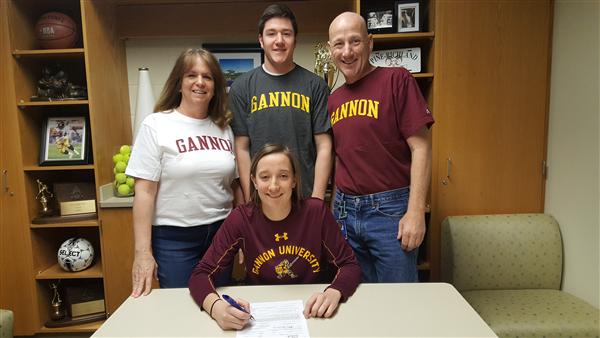 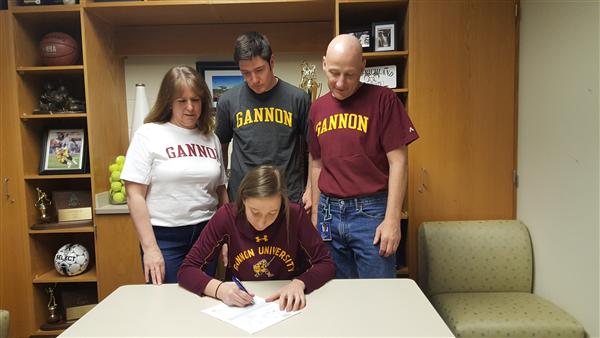 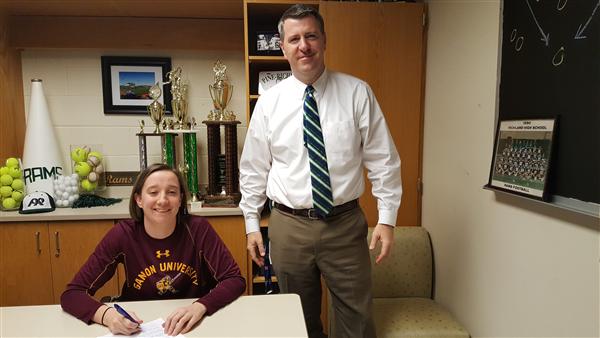 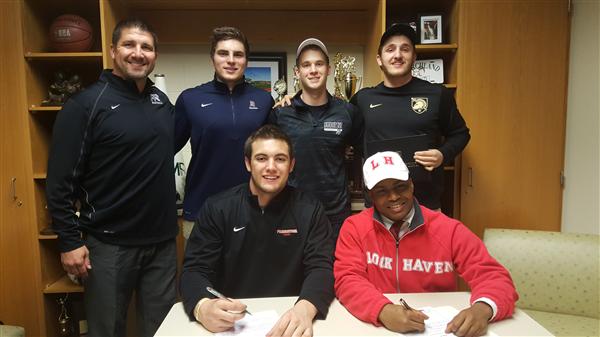 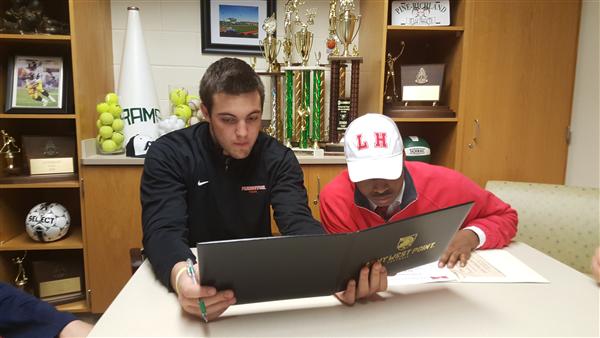 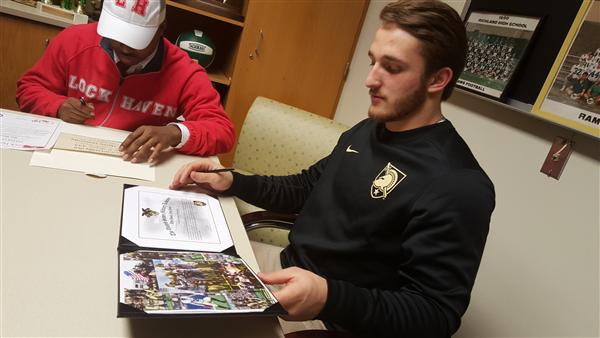 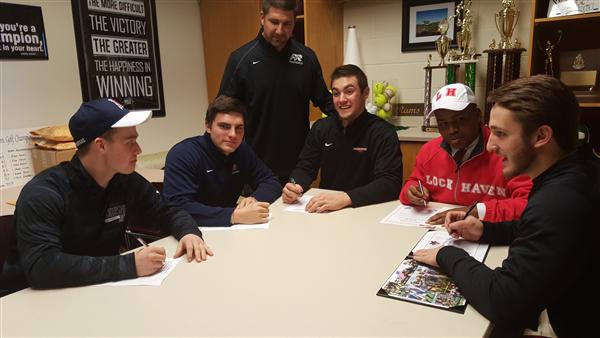 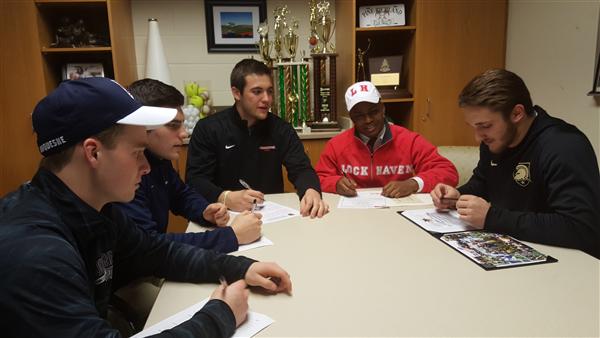 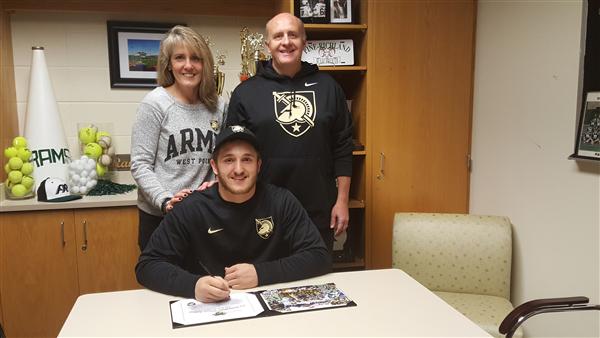 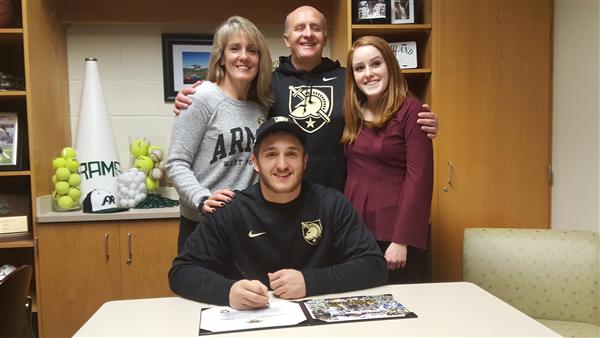 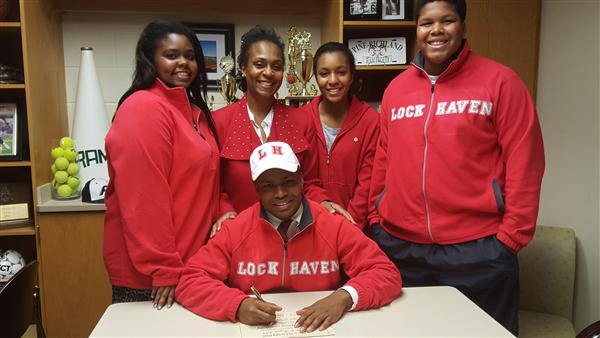 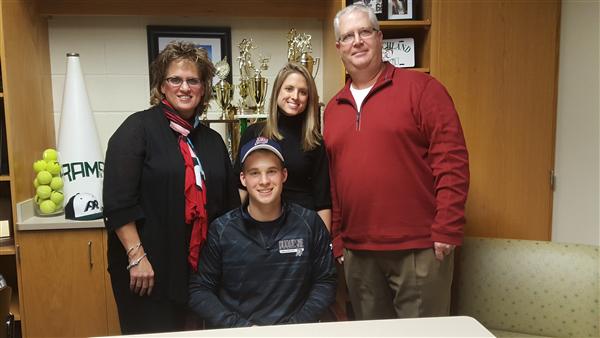 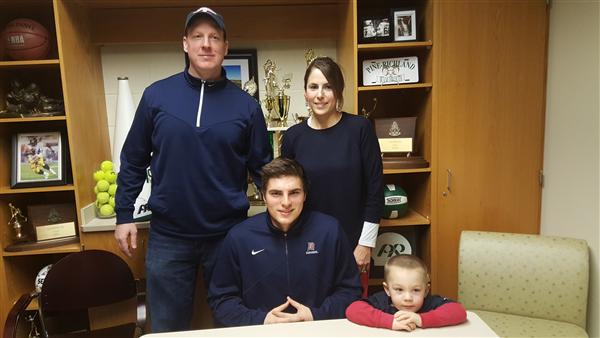 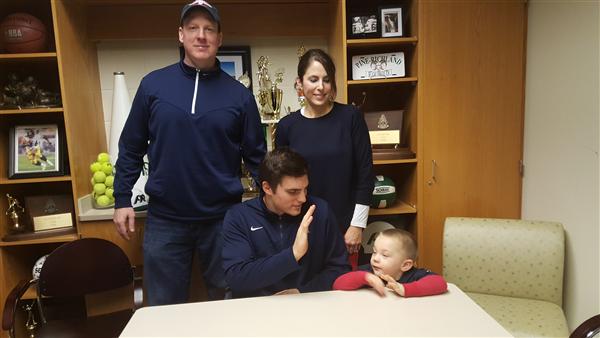 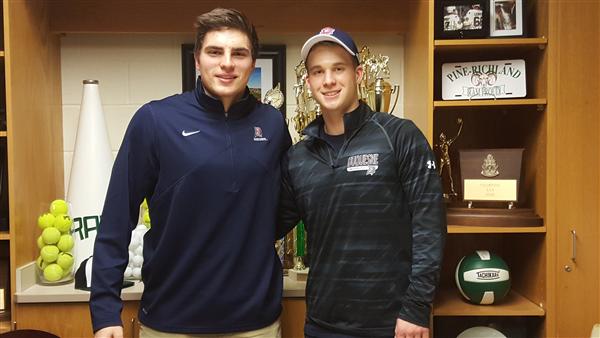 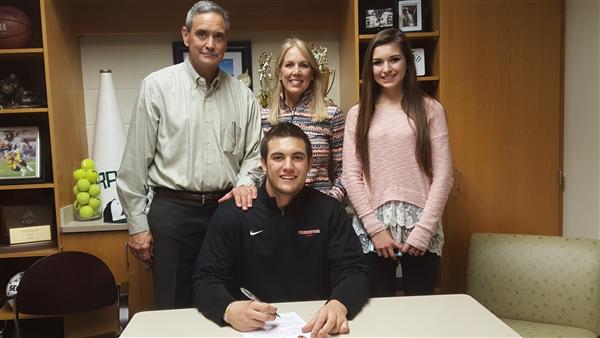 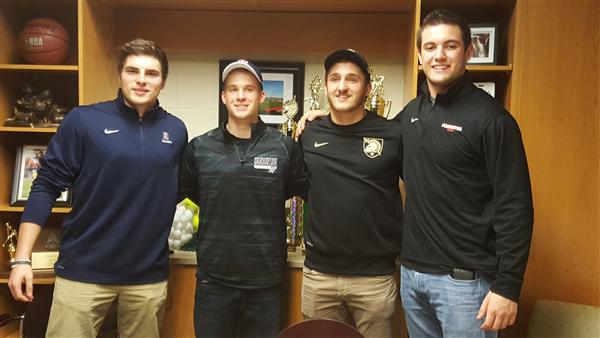 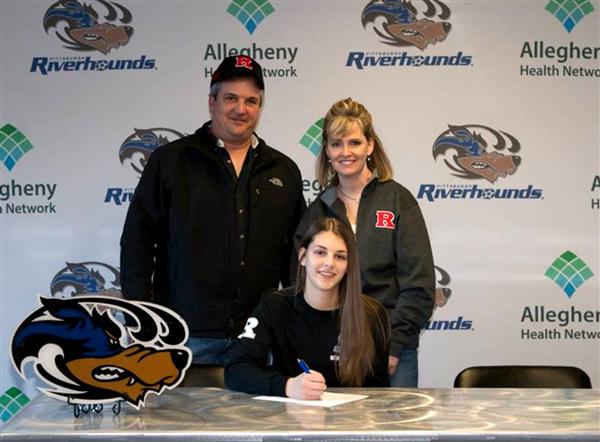 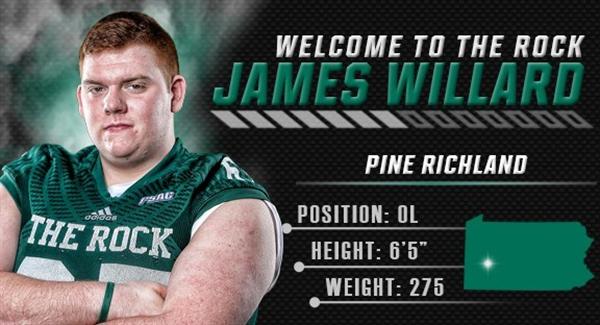 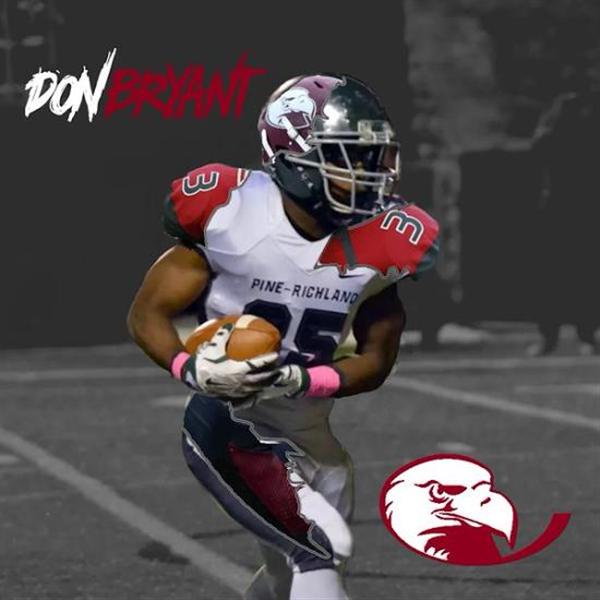 (Gibsonia, PA) At Pine-Richland High School, eight seniors signed official “Letters of Intent” with universities, during National College Signing Day on February 3, 2016 and no April 13, 2016.
April 13, 2016
Pine-Richland High School senior basketball player Chelsea Rourke signed with Gannon University to play basketball. She earned academic and athletic scholarships and will be pursuing a nursing degree.  Chelsea, a guard/forward, lettered all four years and was named to the All-Conference Second Team during her senior and junior years. Academically, she is a member of the National Honor Society and achieved high honors for all four years.  She has volunteered for TRY events and participated in the Peer Buddies and Best Buddies programs at Pine-Richland.

February 3, 2016
Senior football player Antonino Battaglia, Pine-Richland football wide receiver and safety, signed with the United States Military Academy at West Point, which is providing him with a full scholarship. Antonino, who lettered three years as a varsity starter, has been recruited as a safety. He will major in business.   “This offer is one of the largest honors,” said Antonino. “I thank God and my family every day for blessing me with the skills and abilities needed to attend such a prestigious place. This offer is a unique opportunity to better myself as a man and put my life on the path to success,” said Antonino.

Senior football player Donny Bryant, the III, signed with the Lock Haven University of Pennsylvania, where he will study broadcast journalism and electronic media. He was recruited as running back and described as one of the best players in District 3 by LHU Football Coach Dave Taynor.  He lettered three years at PRHS, where he obtained honor-roll status. He has participated in several service projects including reading to elementary children, helping with broadcasts at church and volunteering during the March of Dimes Walk-a-Thon in Pittsburgh.  “I have the opportunity to play the game of football and make new memories with new teammates,” said Donny.

Senior football player Jacob Gill will study sports marketing at Duquesne University, where he was recruited as a kicker the football team. He lettered two years in football and three years in soccer. He was named Special Team’s Most Valuable Special Team Player.  The kicker had 61 career touchbacks. He participated in PRHS Peer Buddies during high school.  Jacob says “hard work pays off and he is looking forward to continuing to play football” at Duquesne University.

Senior football player Matthew Hampson signed with Princeton University as a defensive end. Matthew was named to the All-Conference First Team during his junior and senior years. He made the Fabulous 22 rankings, which are made up of the top 22 players in the WPIAL and City League regardless of position.  He is the son of Patrick and Debi Hampson. “I have the opportunity to attend the number one university in the nation to achieve a great education,” said Matthew.

Senior football player Thomas Jurkovec signed with Duquesne University. He was recruited as a linebacker and will study business.  He lettered three years in football and was PR’s leading tackler. While playing sports he earned honor-roll status in high school.

Senior Football player James Willard signed with Slippery Rock University as an offensive lineman. By signing, James earned a partial scholarship. He was named by PA Preps as the number 16th tackle in PA and earned a team captain trophy and most valuable offensive lineman trophy. He participated in several service projects including reading to elementary children and volunteering for the March of Dimes Walk-a-Thon in 2015. He also served as a student helper for his church youth group. “This offer means a lot, and I can’t wait to play football again,” said James.

Senior athlete Megan Herr signed a national of letter of intent to play soccer at Rutgers University, where she will major in exercise science. Megan played soccer with the Pittsburgh Riverhounds Academy for five years and was part of the team as it earned several American Soccer League Championship wins and a national win in 2013.  She was recruited as a midfielder and forward.  She has earned honor roll several times during her high school career and a member of PRHS Peer Buddies. She will receive a scholarship that increases value as she continues to play throughout college.  “Playing for Rutgers means that I will be able to continue my play at one of the Big 10 universities with outstanding coaches and at the same time receive an excellent education,” said Megan.