This is the 50th year for this annual event that highlights some of the best track and field athletes from the tru-state area. This year, 48 schools were in attendance.  The PR Invitational is one of the largest high school track meets on the East Coast. 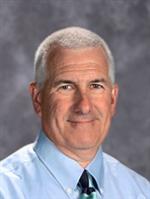 Mr. Gary Torso is the embodiment of what being a dedicated teacher and coach is. Mr. Torso is retiring this year, after more than 32 years of teaching. He has taught at Seneca Valley, Northgate and luckily for us at Pine-Richland for the bulk of his career. Mr. Torso coached both basketball and golf. In basketball, he coached 15 years at Pine-Richland, eight of those as head coach guiding the Rams to three playoff appearances. In golf, he has served 27 years as the head gold coach for the boys making him one of the longest tenured head coaches here at Pine-Richland - an amazing accomplishment! In that time, Mr. Torso’s teams have made 15 playoff appearances, won nine section titles and one WPIAL Championship. In addition, he coached two-time WPIAL Champion Mike Van Sickle. Mr. Torso was always a presence at the faculty-student basketball games as either a coach or player. Along with Mr. Jon Connor he started the tradition of the Con-Tor Cup, spring golf outing, pairing teachers and coaches. He cared deeply about all of the athletes to come through the programs he was privileged to coach. His favorite part of coaching was developing relationships with the athletes. His friendships with his athletes continue to this day as they have grown in adulthood and have children of their own.

The PR Track & Field program recognizes Coach Torso with this honor at our invitational for all of the thousands of lives he touched over the course of his teaching and coaching career. School records will be broken and championships eventually forgotten but the memories of the fun and the life lessons learned by participation in athletics and having had Coach Torso as a teacher, coach, colleague, mentor and friend is something much more important and enduring. We are all better people for having Mr. Gary Torso in our lives.

Congratulations from your Pine-Richland friends and family!

Past Honorees and Inductees:

Thank You for Your Support!