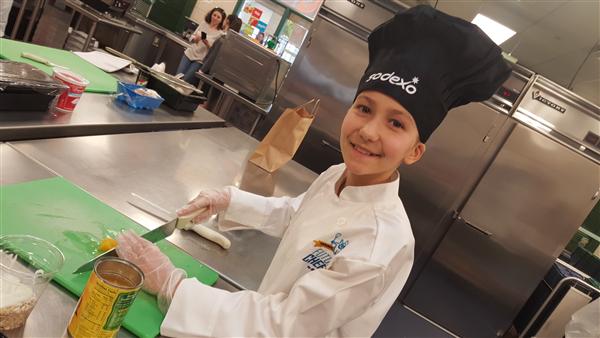 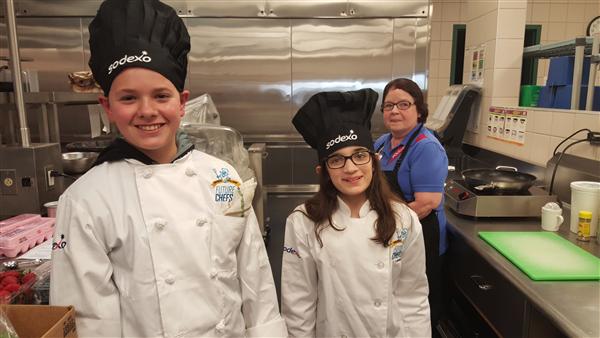 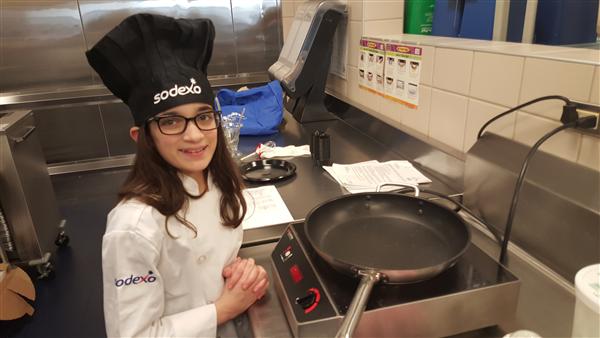 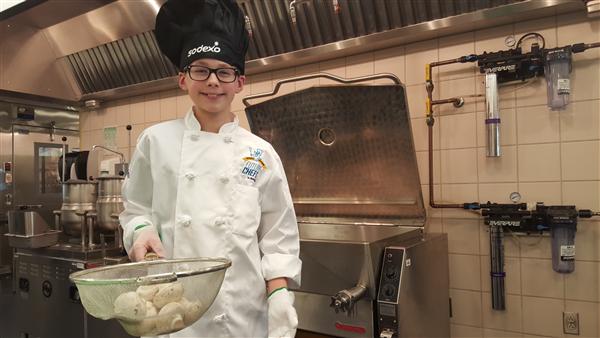 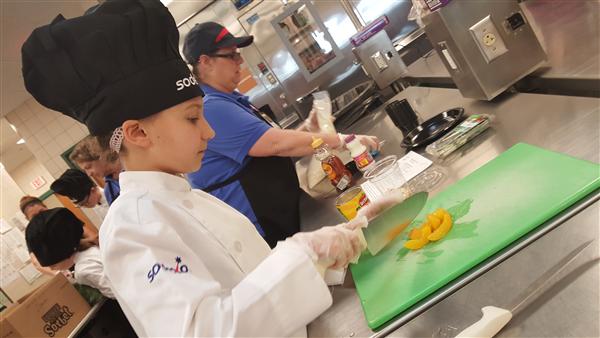 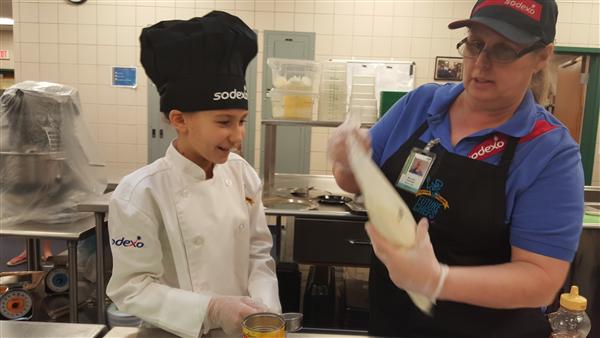 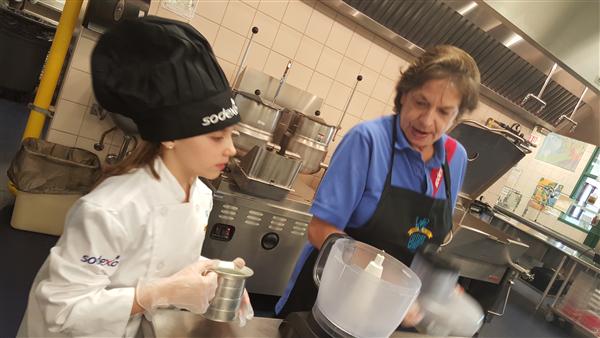 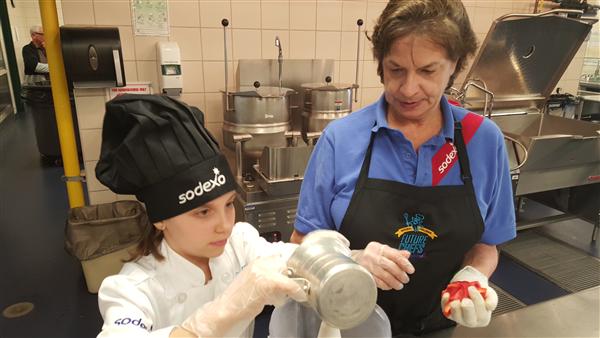 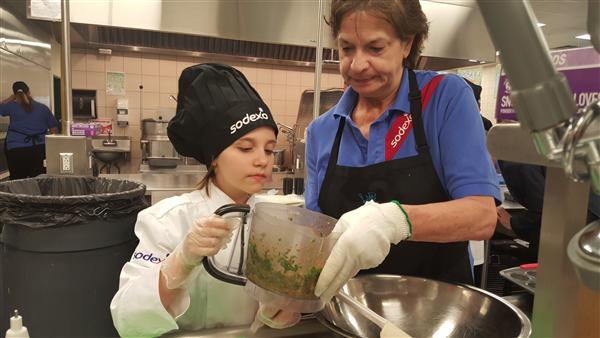 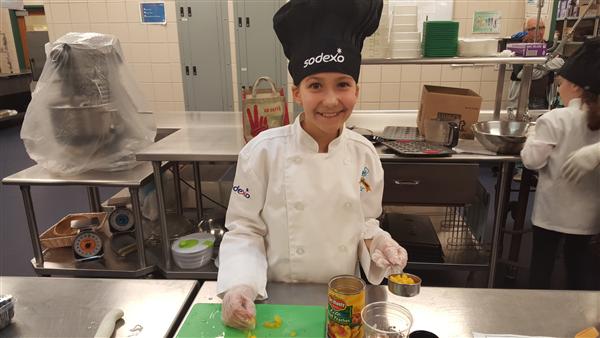 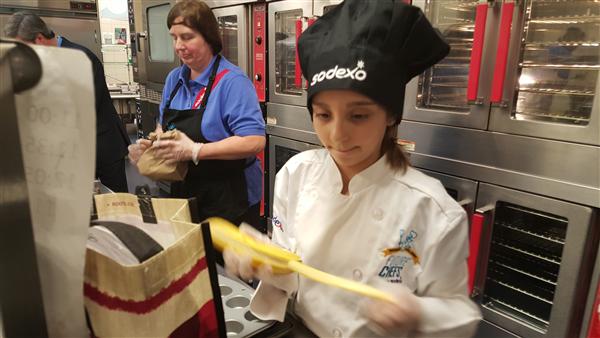 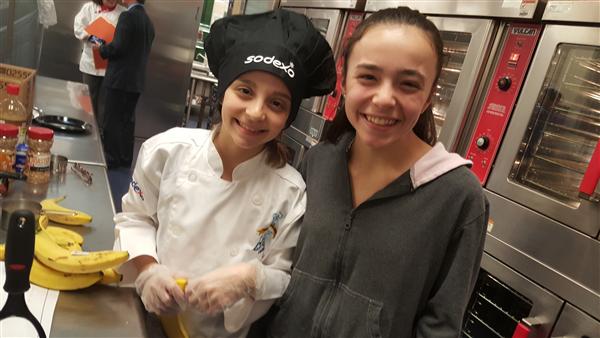 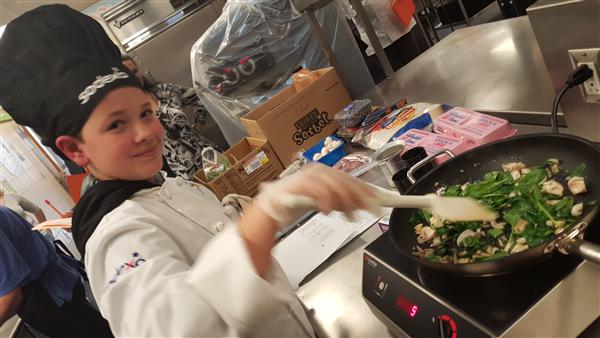 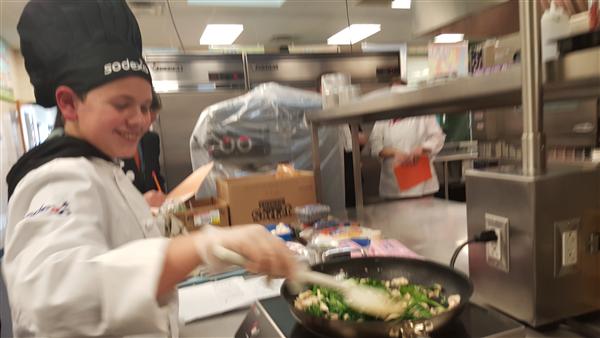 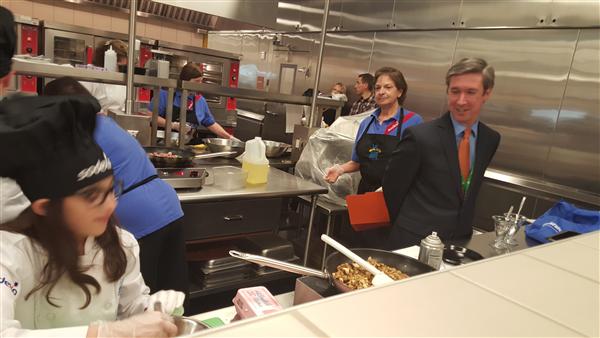 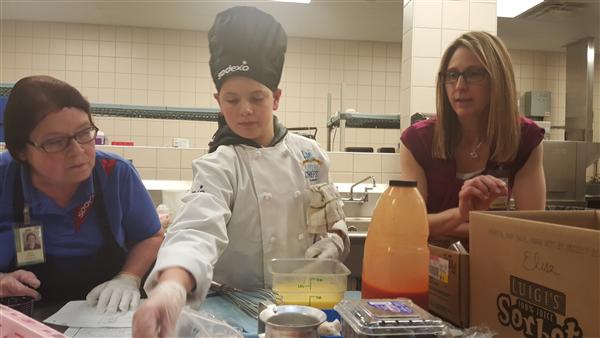 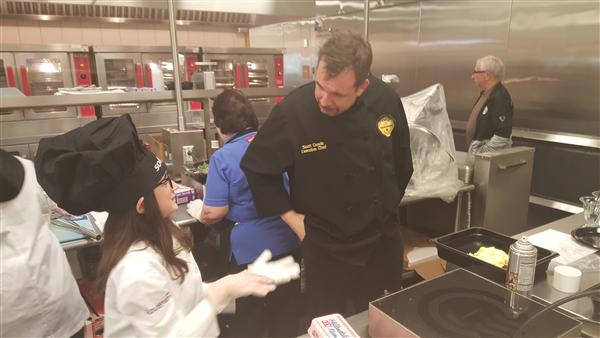 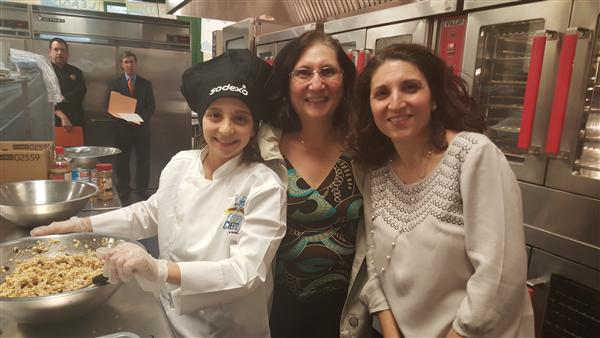 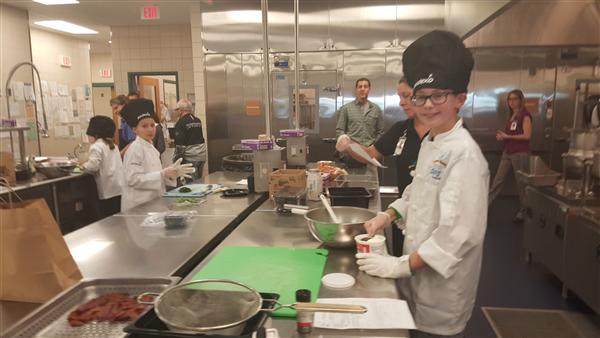 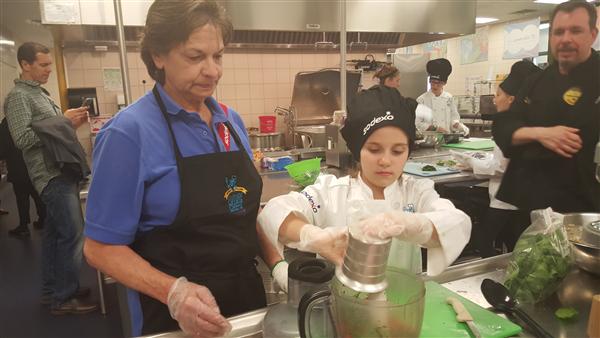 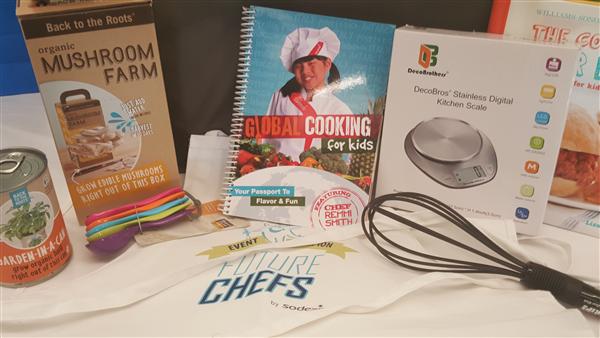 While healthy eating can be a challenge for kids and parents, elementary school students in Pine-Richland School District will use their creativity and culinary skills to make healthy breakfast recipes in nutrition partner and Quality of Life Services provider Sodexo’s 2016 Future Chefs Challenge.

Sixth Grader Mary Fannie took top honors with her Savory Quinoa Bites. She was one of six students, who participated in a chef show-down on March 16, 2016 in the kitchen at Eden Hall Upper Elementary in Gibsonia.

The other five finalists included:

They were among 24 students who submitted healthy breakfast recipes. Judges invited six students to prepare and present their top recipes. These mini chefs were assessed on originality, taste, ease of presentation, kid friendliness and use of healthy ingredients.

The competitors had no easy task since they had an excellent panel of judges including
Eden Hall Upper Elementary Princial Steven Smith, PRMS Sodexo Manager Amy Perciner and Executive Chef Scott Croyle from Table 86 by Hines Ward.

Executive Chef Croyle, who go his first start in cooking during home economics class at Ford City, was impressed with the young chefs.

“They look like they know what they are doing,” he said.

This year’s winner is not new to the competition. Miss Mary Fannie earned first place in the 2014 competition and moved on to earn a regional award.  Her sister Stella Fannie was a school finalist in 2015 along with sixth grader Norah Carter who took the school win that year. In 2014, Stella and fellow sixth grader Aidan Daquelente also earned a spots as school finalists.

The national initiative, which is in its sixth year, was created to get students thinking about making healthy food choices while also encouraging them to get active and creative in the kitchen. Pine-Richland students are joining nearly 2,500 other students representing almost 1,300 Sodexo-served school sites in 28 states nationally in this fun and educational challenge.

“According to the American Heart Association, about one in every three American kids and teens is overweight or obese,” said Stephen Dunmore, CEO North America, Schools, Sodexo. “This staggering statistic demonstrates why it is more important than ever to engage youth to become advocates for their own health.”

Chefs program is one of the many ways Sodexo shares its health and well-being expertise with the clients, customers and communities it serves.