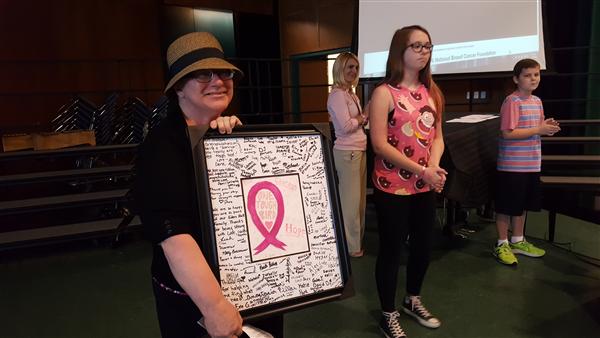 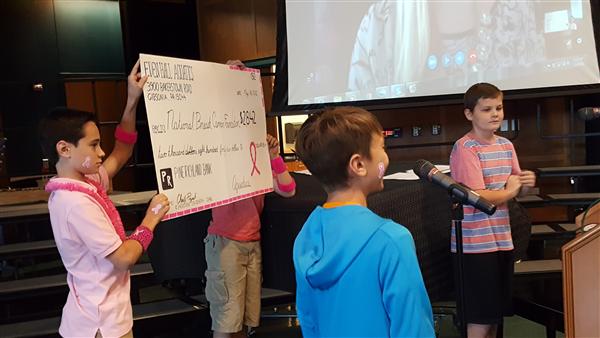 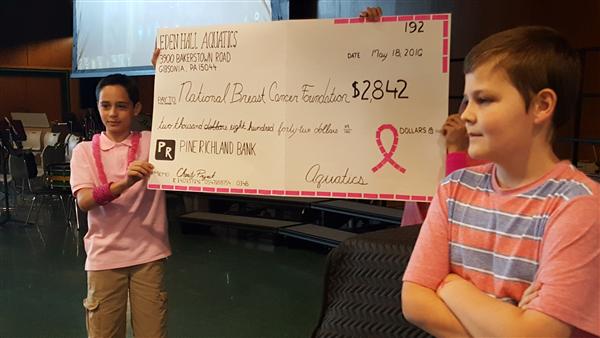 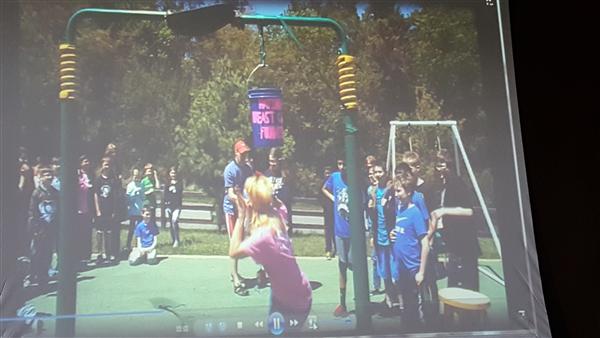 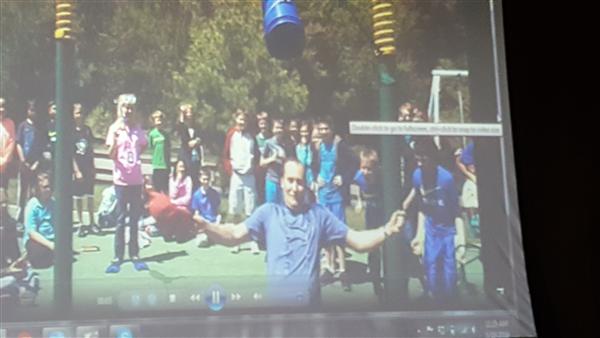 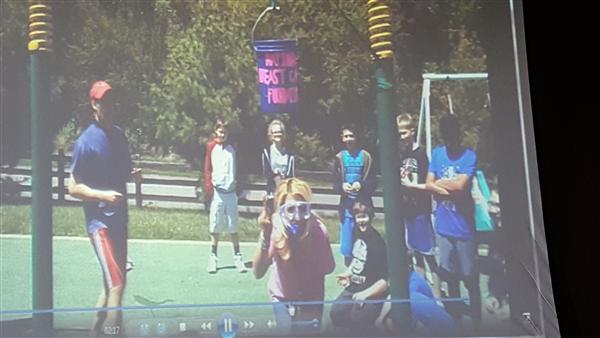 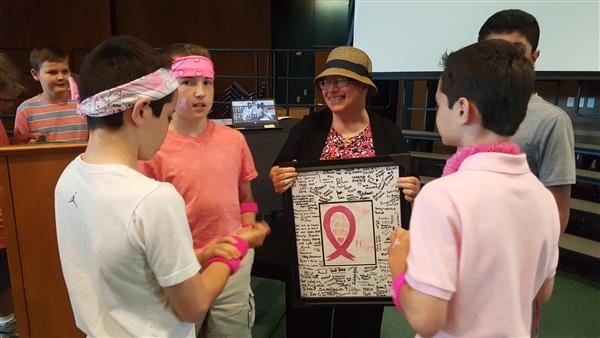 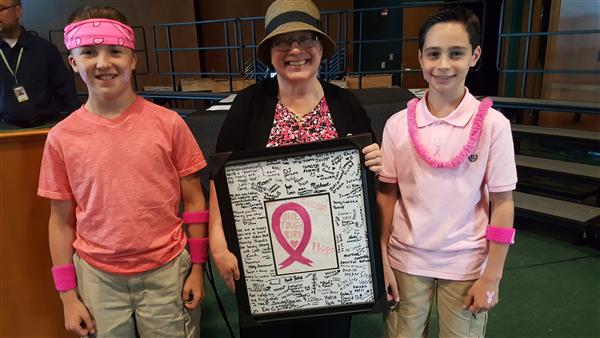 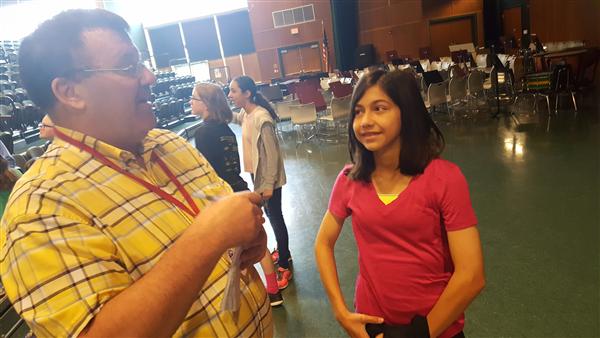 Imagine helping 30 women with breast cancer who otherwise might not have access to medical insurance and/or treatment. That’s what nearly 100 Eden Hall Upper Elementary Schools students were able to do as they turned a classroom project into a community-wide project.

Students in the sixth grades Aquatic Biome classes researched charities and nonprofits that they thought were worthy to donate to and tried to persuade their class in a presentation why their charity was the best. Each of the aquatics biome's four classes voted for a winner. This year’s winner was sixth graders Cole Boyd and David DeFrancisis project for the National Breast Cancer Foundation.

The project was started because the charity touched the lives of the students because Library Assistant Mary Ann Graham has been battling breast cancer herself.

“Sometimes things happen to you that you never expected,” Ms. Graham said. “Cancer interrupts lives. The outpouring of good wishes and kindness of Eden Hall helped me through the months. You never know how kindness will impact someone. Your kindness has impacted me.”

The school rallied around the whole notion of helping those with breast cancer and raised nearly $3,000. Not only did children and staff collect money for the National Breast Cancer Foundation, they gave Ms. Graham a helping hands with meals and many words of encouragement like placing pink flamingos in her yard when she had chemotherapy sessions.

“Seeing how successful our sixth graders were, we know that our community is going to be in good hands,” said Teacher Dana Lestitian, who provided opening remarks along with Teacher David Harlan and sixth graders Michael Bolick and David Walker.

A special program was coordinated with the foundation to share the good news on May 18, 2016.

The group skyped with Fundraising Manager Lauren Futch who said that her organization was founded in 1991 to provide resources for women, so they can get the care and medicine they need.

Cole and David presented the check via skype.

“You’ve raised, $3,000,” Mrs. Futch said. “That’s incredible it makes me so excited to see young people getting involved to make a difference.

In addition to going door-to-door to ask for donations, one student suggested the students collect donations to dump water on the teachers. They raised an additional $500 thanks to sixth grader Ryan Goldberg’s idea.

Principal Steven Smith closed out the program highlighting the amount of care and time that went into the program. He told the students that this is what he calls hidden curriculum.

“This is true learning… How you treat others,” said Mr. Smith. “You made a difference. You’re helping people all over. I’m proud of you and your hard work. You’ll have many other opportunities in life to help others. I hope you continue that and always ask how you can make a difference.”