Student Gets Chance of Life Time 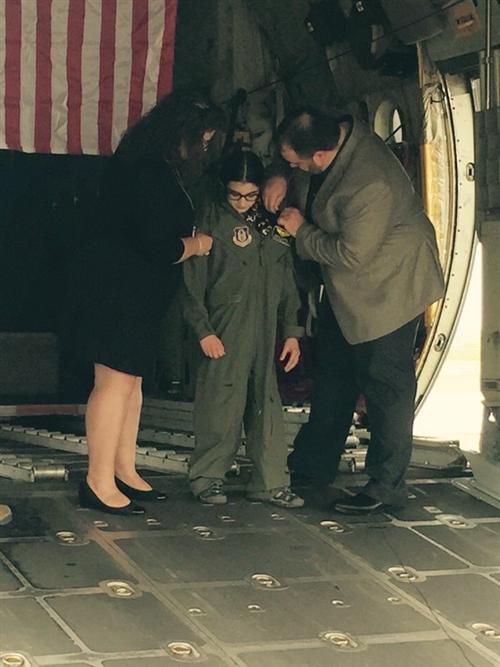 Eden Hall Upper Elementary sixth grader Norah Carter had the opportunity to become a Pilot for a Day with the 911th Airlift Wing May 11, 2016. Shortly after arriving, Norah took over the 911th AW’s social media websites as she spent the day at the base.

She was sworn in as an honorary Air Force Reserve 2nd Lieutenant, held a press conference, taxied in a C-130 Hercules and got to experience most of what the men and women of the 911th AW do every day.    Norah, who is a fan of journalism and science, has undergone several orthopedic surgeries. She was recommended to be a Pilot for a Day by Allegheny General Hospital staff.

Norah used #Wings4Norah while posting to the911th AW’s Facebook, Instagram and Twitter accounts during her adventure. A special shout out was given during Eden Hall’s morning announcements on May 11, 2016.