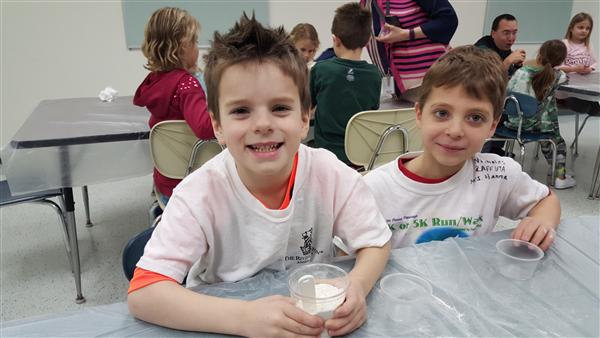 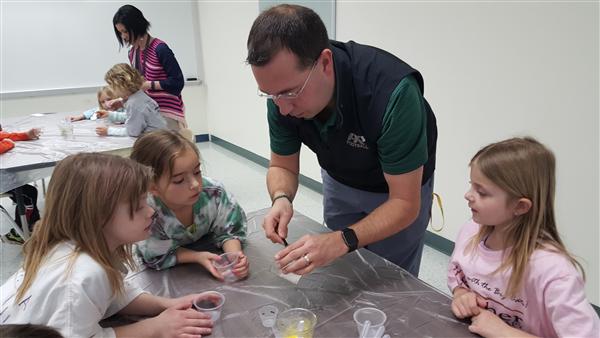 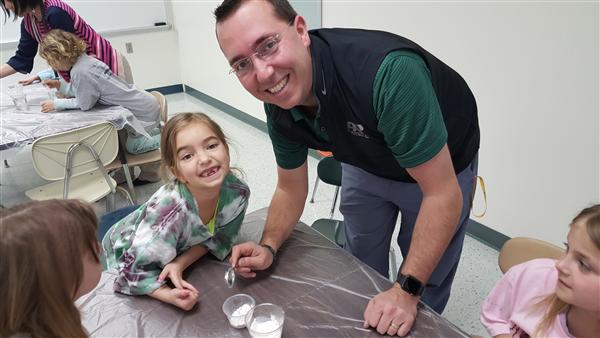 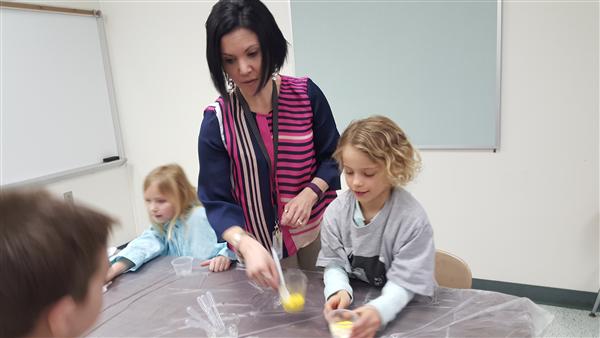 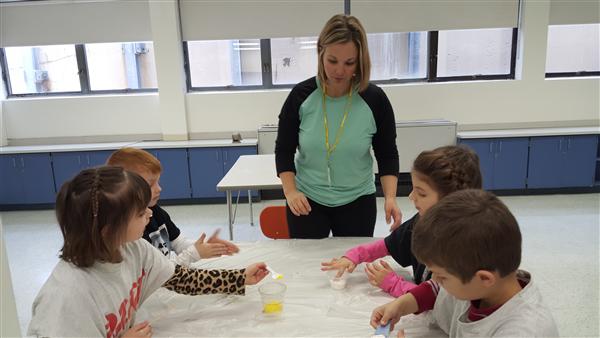 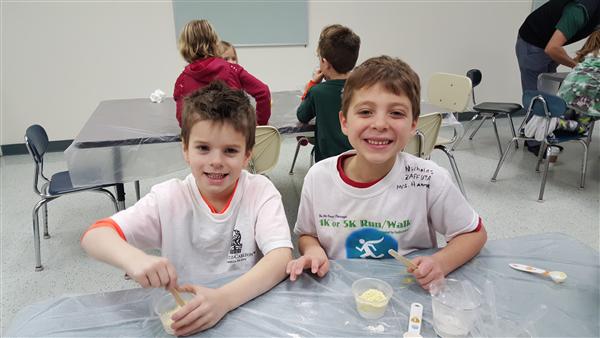 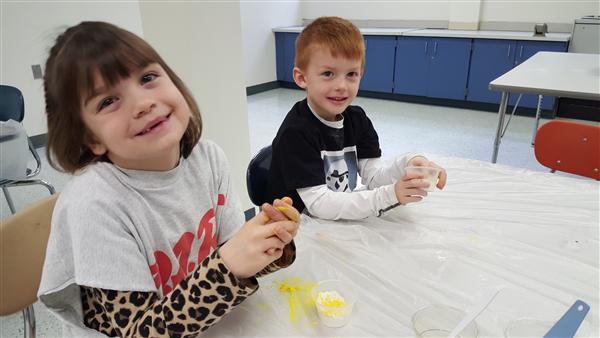 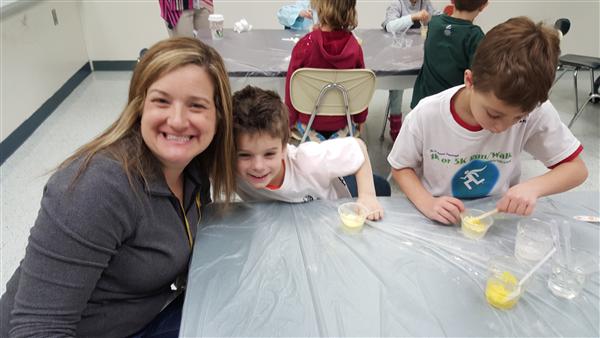 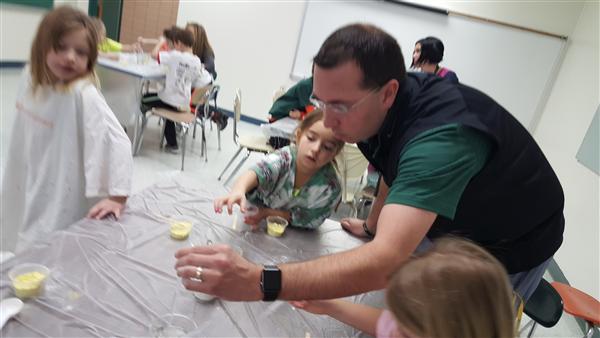 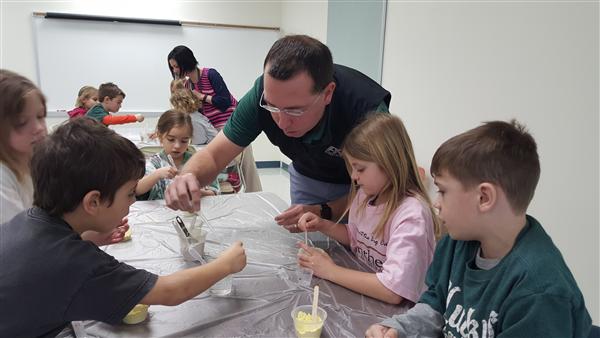 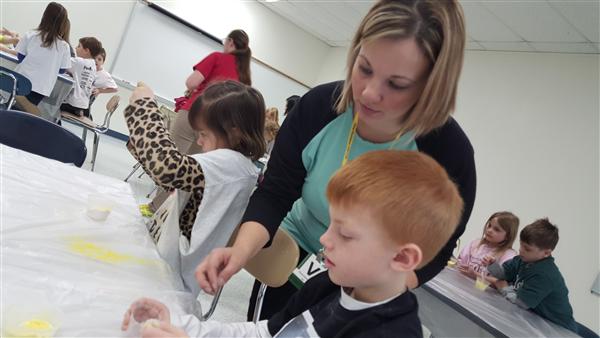 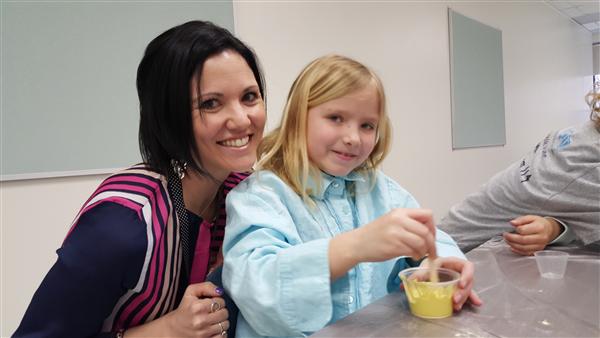 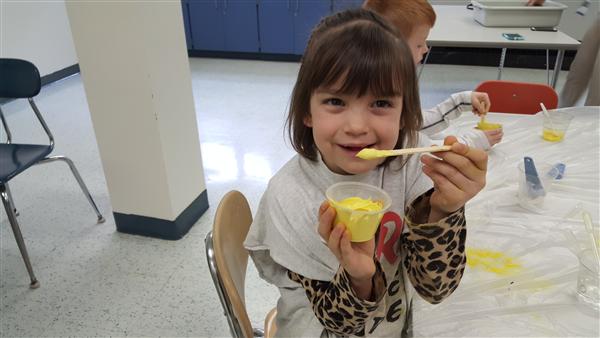 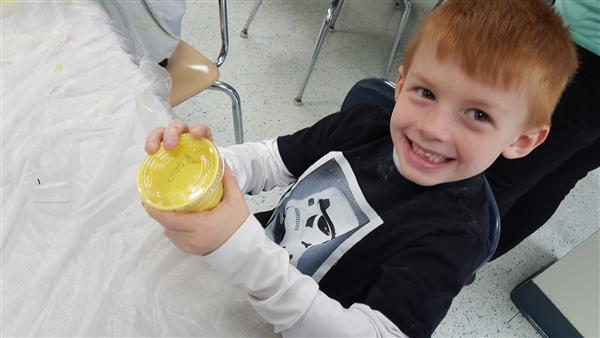 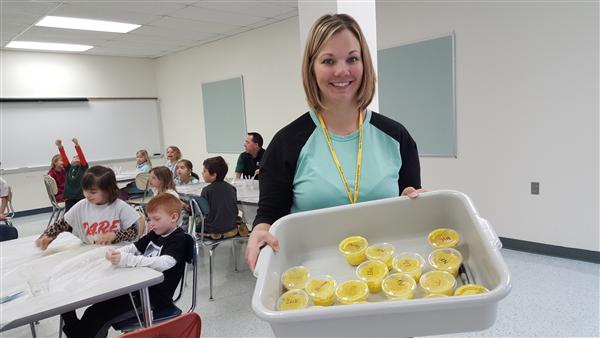 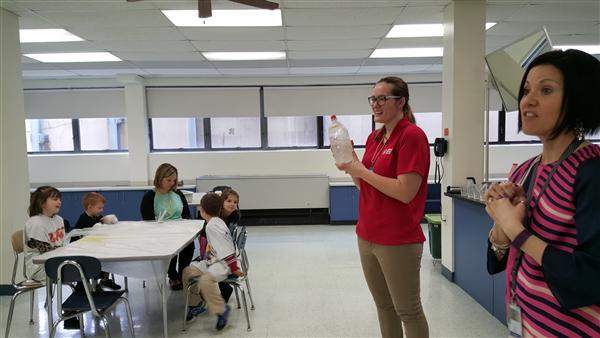 Presenters had students create chalk to see how chemical reactions work and silly putty to introduce the properties of polymers, a substance that has a molecular structure consisting chiefly or entirely of a large number of similar units bonded together.

Presenter Kristie Parkinson says the focus of the program is to bring new and interesting science experiments to the students.

On March 7, 2016, students in first grade were treated to Forces, Matter & Motion experiments also led by the Carnegie Science Center.

The program is generously planned and paid for by the PTO. Many parents helped volunteer during the sessions.
Copyright © 2002-2020 Blackboard, Inc. All rights reserved.