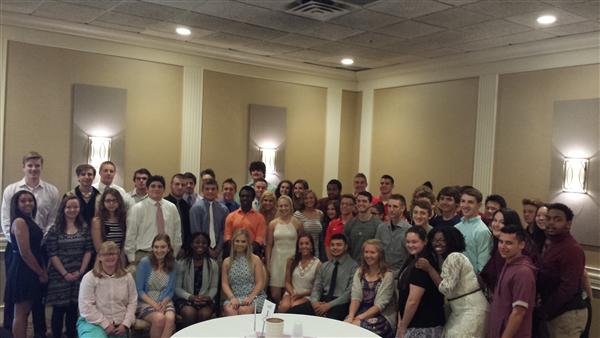 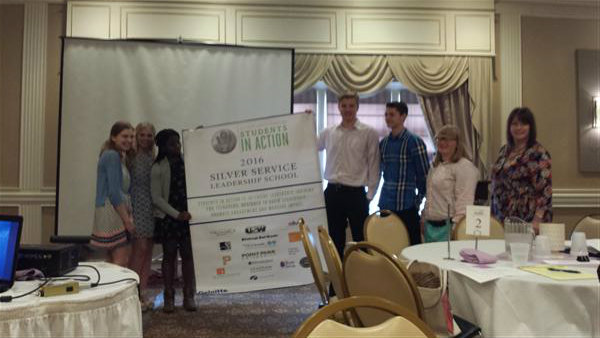 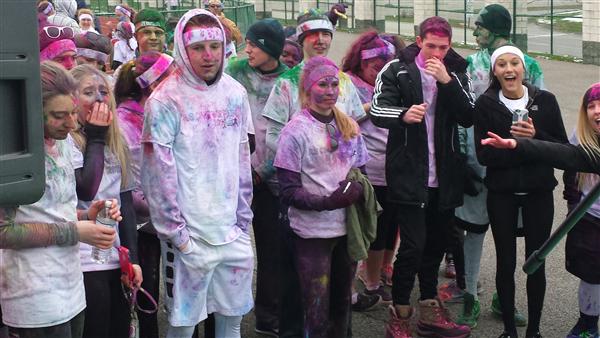 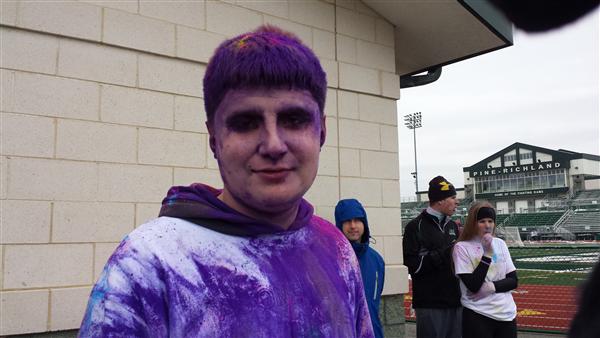 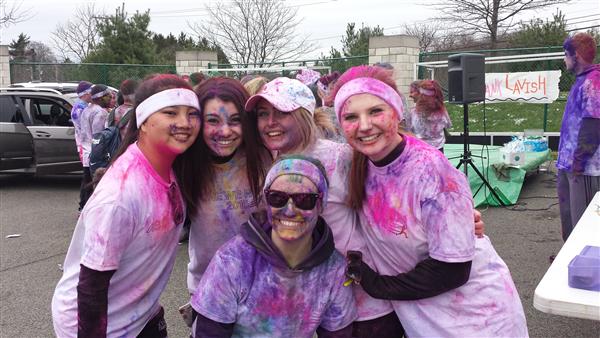 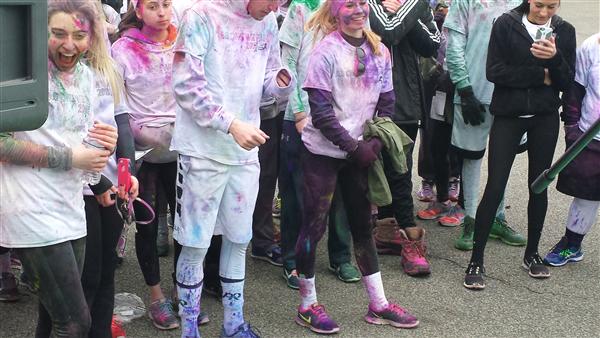 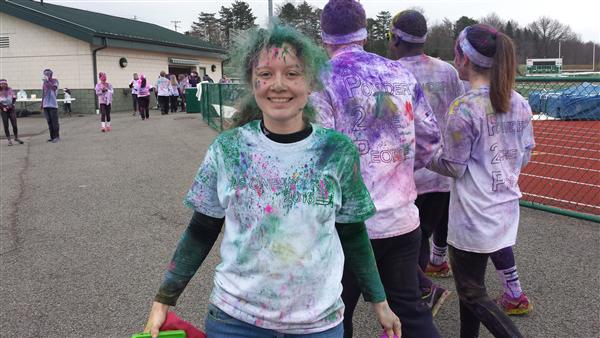 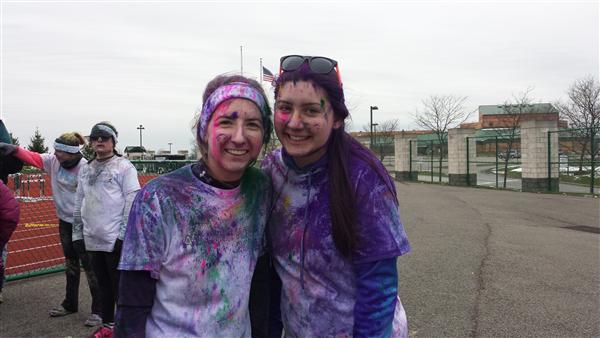 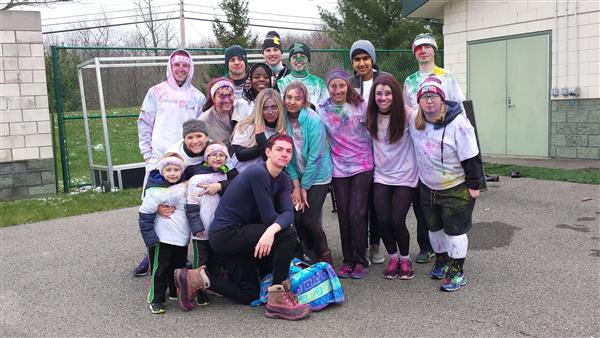 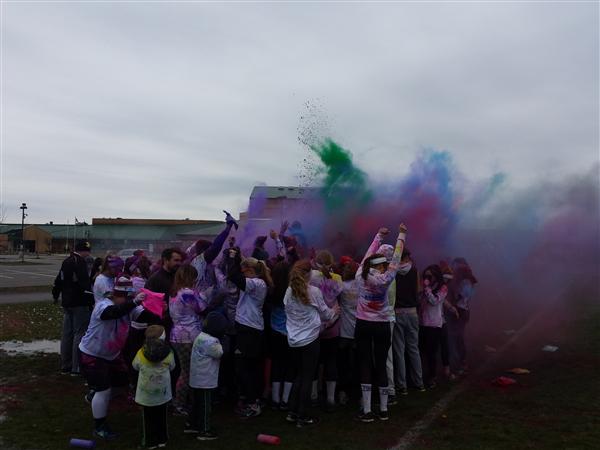 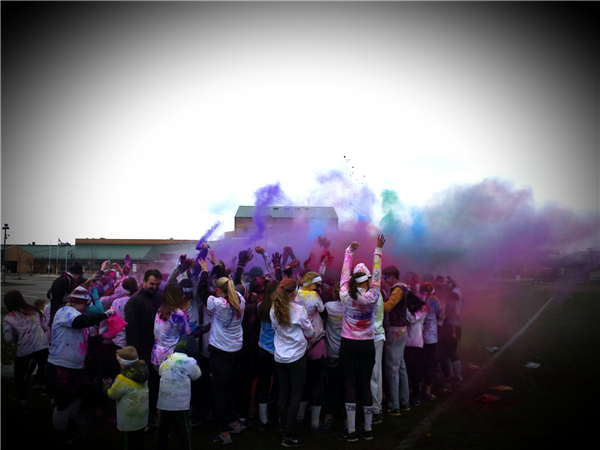 "We are a student led group that strives to break down social barriers by eliminating social injustices and promoting respect for all in both our school and our community." – Mission of Peer-to-Peer

(Gibsonia, PA) The Pine-Richland High School Peer-to-Peer Empowerment Team earned a Silver Banner through the Jefferson Awards Foundation. The team earned second place in the first round of the Jefferson Awards Students in Action competition narrowly missing first place. The team presented their Positive Impact Project to a panel of judges on April 9, 2016.

Success is not new to the group, which earned a gold banner in its first year. Peer-to-Peer sponsor and counselor Leslie Straub says, through the past two years, students have shown great synergy and accomplished all of their goals of bringing students and staff together their projects.

The group hosted several projects this year. They included:

Working on a motivational project in which the team decorated students' lockers by taping motivational quotes and candy. The group said the process was easy, but the benefits were immense. The quotes were tied into the theme of making a change in the school or in one's own attitude. Each week, students choose new lockers to decorate, and hope by the end of the school year to decorate each student’s locker in the entire school.

Hosting a domestic violence awareness week which included a short film entitled "Say No More.” Schools who work with Crisis Center North submitted short videos that will be combined to make a Public Service Announcement. In the video Peer-to-Peer students focused on saying no to social exclusion and saying yes to inclusion of all. Students said this statement was important because it supports the team’s mission of breaking down social barriers.  To engage students, the team invited 40 students from each grade level to participate.  In addition to the video, students hosted "Lollipop Moments" in which they handed out lollipops in recognition of people who have changed them for the better because of a special moment. Students also invited a guest speaker to speak about domestic violence.

Organizing and hosting "As One We Run" Color 5K Run, which highlights their mission because the students and community come together as one while supporting an important cause.