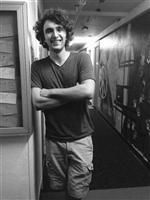 2014 Pine-Richland High School graduate David Randolph’s short fill will be featured at the Cannes Film Festival, which is being held May 11-22, 2016 in Cannes, France. The annual festival previews new films of all genres from around the world. The highly publicized festival is considered the most prestigious film events in the world.

David’s five-minute film to be featured was produced in January of 2016 and is entitled “AVA.” “AVA” is a drama about a young girl diagnosed with a deadly disease and how it affects those who love her best.

The grad was only a freshman in college when he landed an internship at the Sundance Film Festival in Park City, Utah. He was part of the Young Filmmakers Program as a producer. His film professor at Point Park University said that it is rare for a freshman to be chosen.  You may remember in 2014, David directed the "Best Day of My Life" lip dub. He organized students, staff and administrators to participate in the one-take video to a popular song.

David is attending Point Park University and is currently a sophomore.