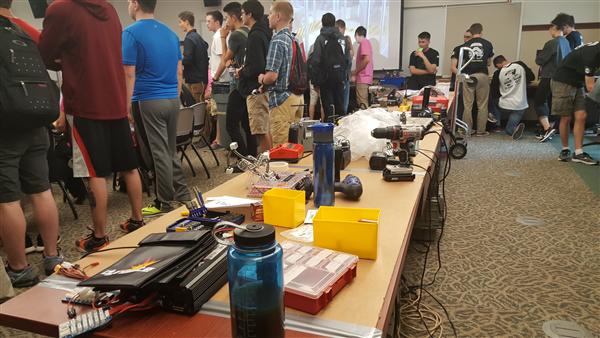 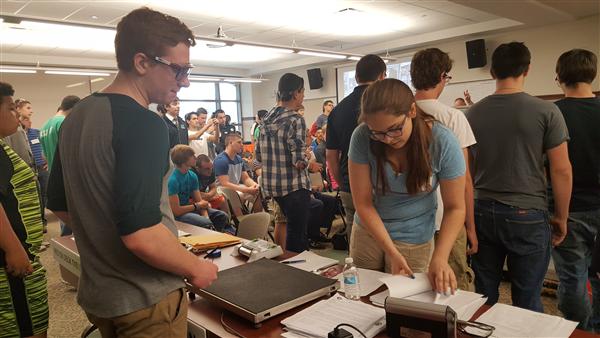 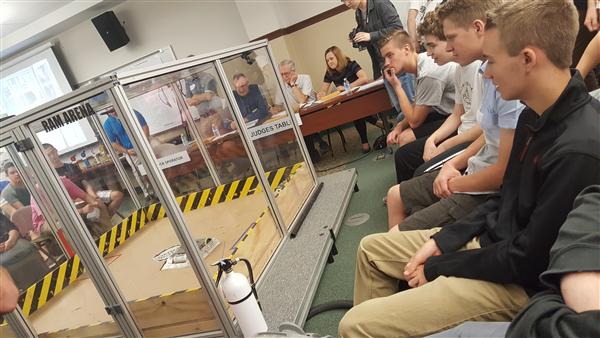 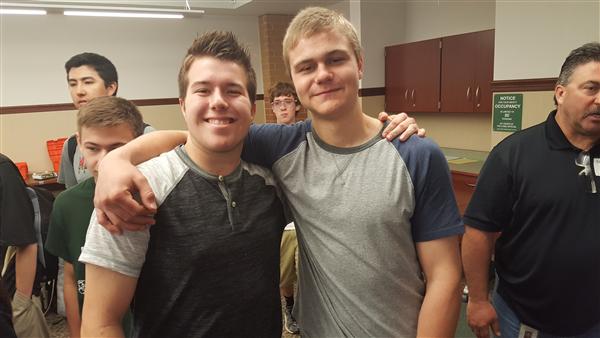 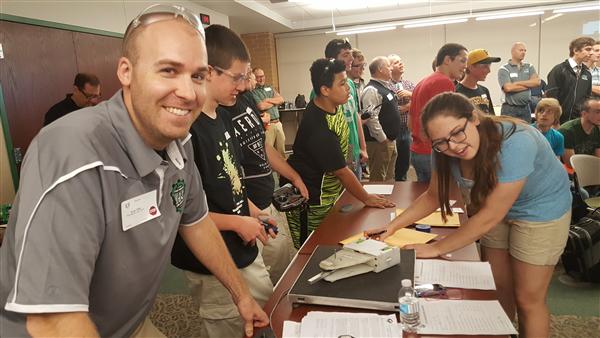 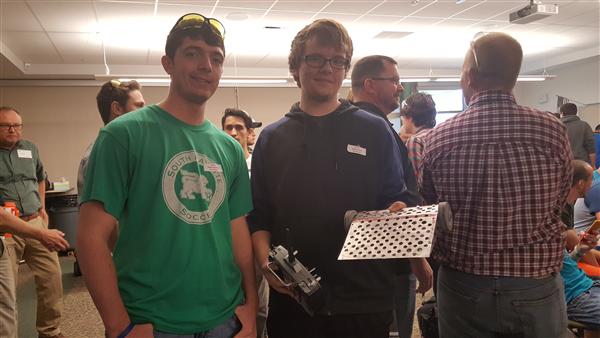 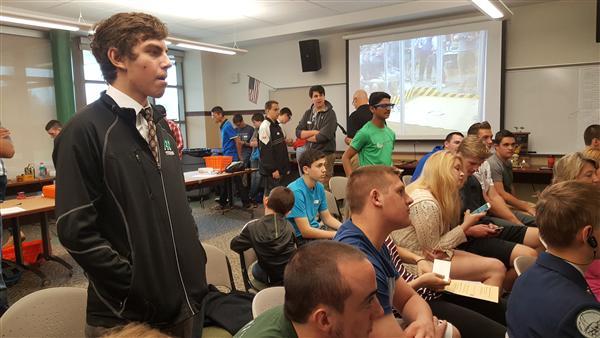 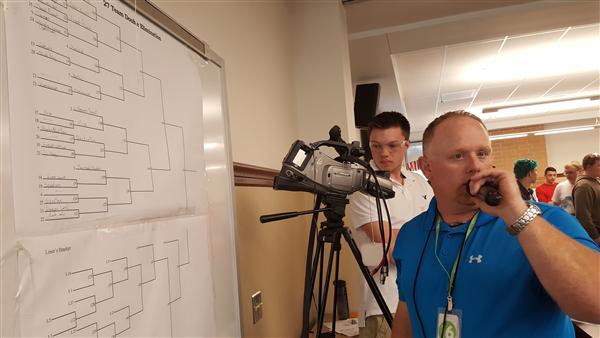 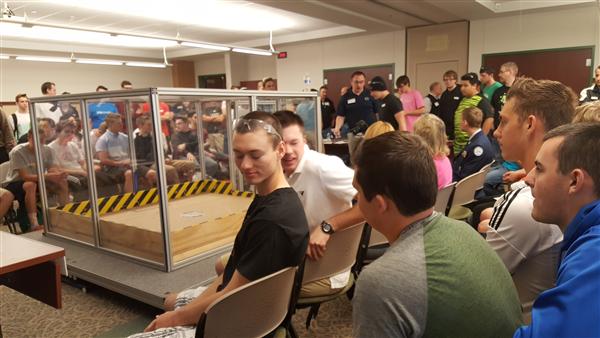 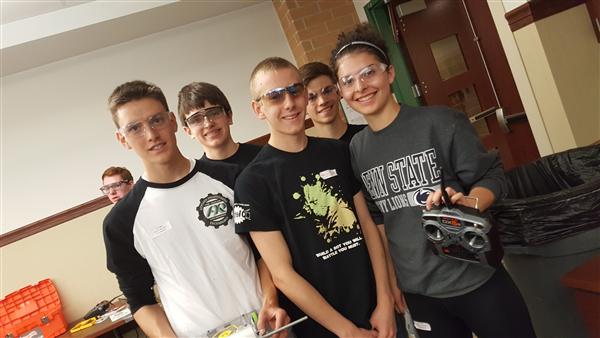 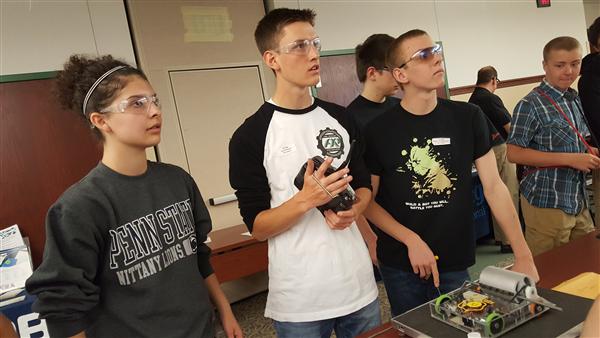 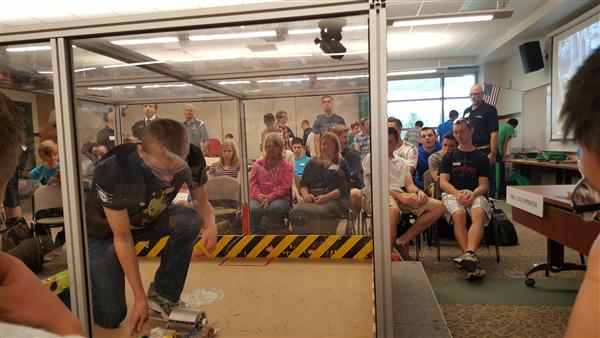 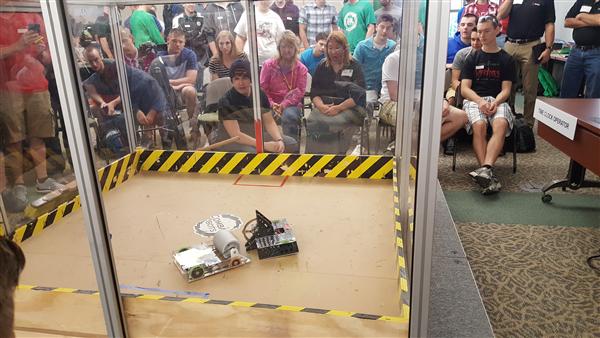 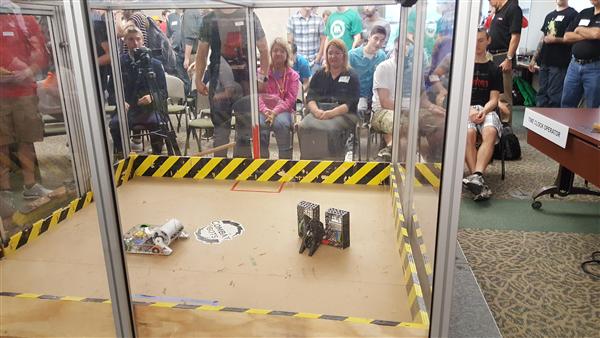 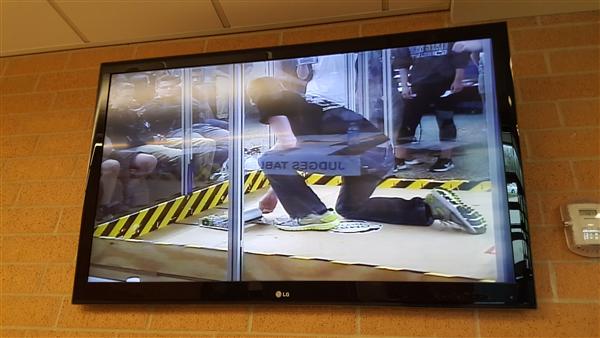 Leading up to the competition, students spent a good deal of time designing, engineering, and manufacturing their robots, which had to weigh in at four pounds or less and contain a secure battery.

Students enthusiastically cheered on their teammates. The goal is to knock each competitor’s robot out of service in an enclosed space.