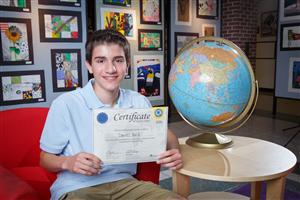 For a second year in a row, Pine-Richland Middle School eighth grader Daniel Krill will participate in the 2016 Pennsylvania National Geographic State Bee after being named a semifinalist.  The contest will be held at the State Museum of Pennsylvania in Harrisburg on Friday, April 1, 2016.  Daniel Krill qualified for the 2015 State Bee last school year and placed second overall in Pennsylvania.

The state competition is the second level of the National Geographic Bee competition, which is now in its 28th year. The first level is the school competitions held in throughout the state to determine each school champion. 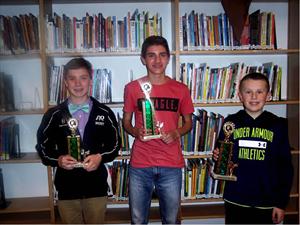 The 2016 National Geographic Bee Championship final round, moderated for the first time by journalist and humorist Mo Rocca, will air on the National Geographic Channel and Nat Geo WILD on May 27, 2016 at 8 p.m. ET, and later on public television stations.