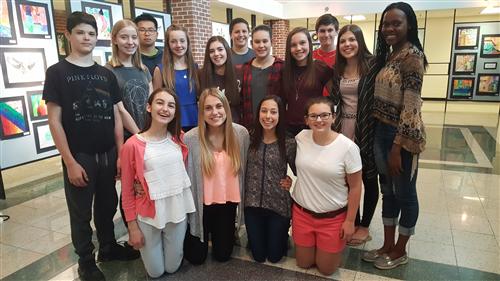 The students worked qualified for the state competition that was hosted on May 10-11 in Millersville Univesrity near Lancaster, PA