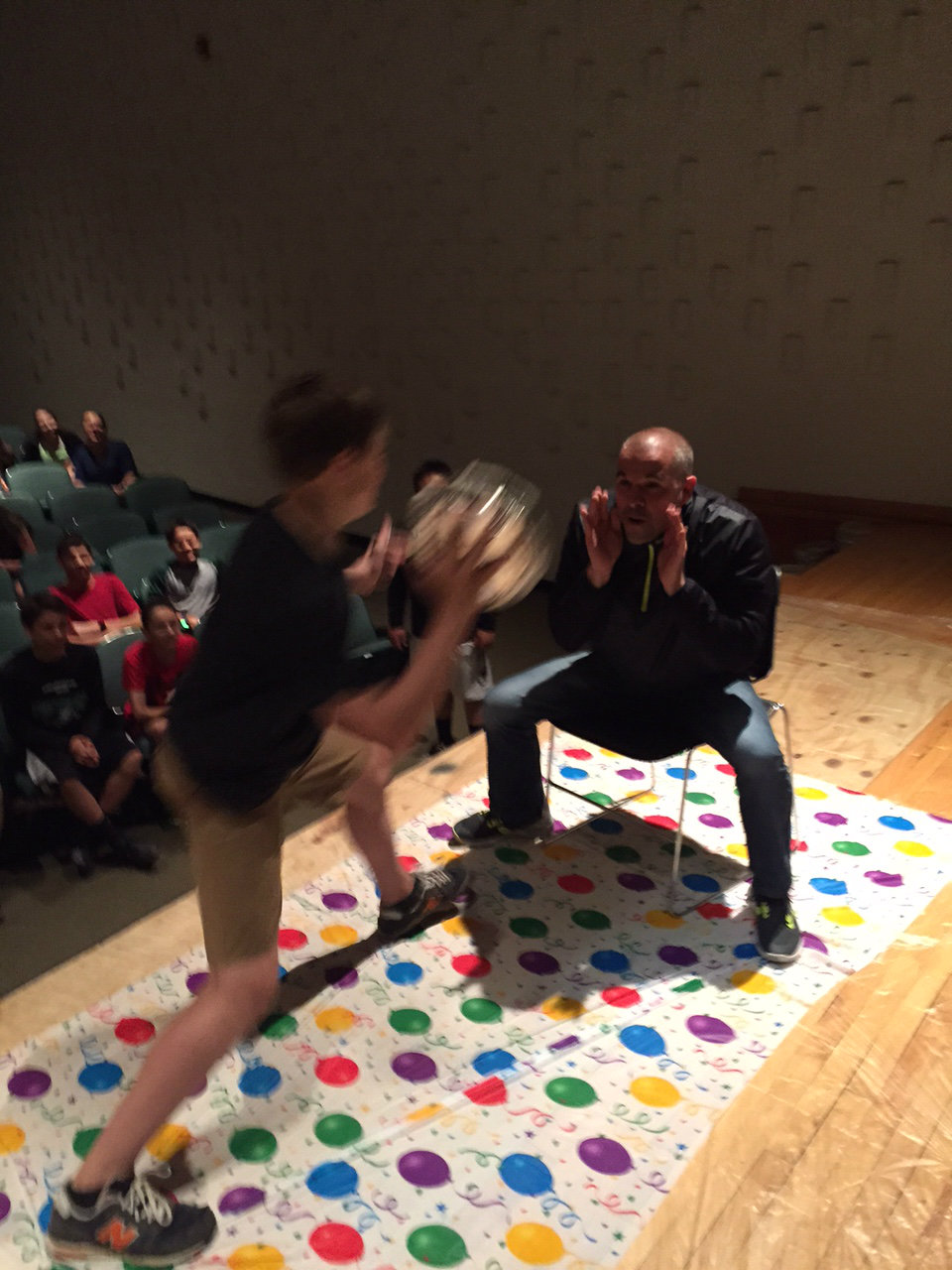 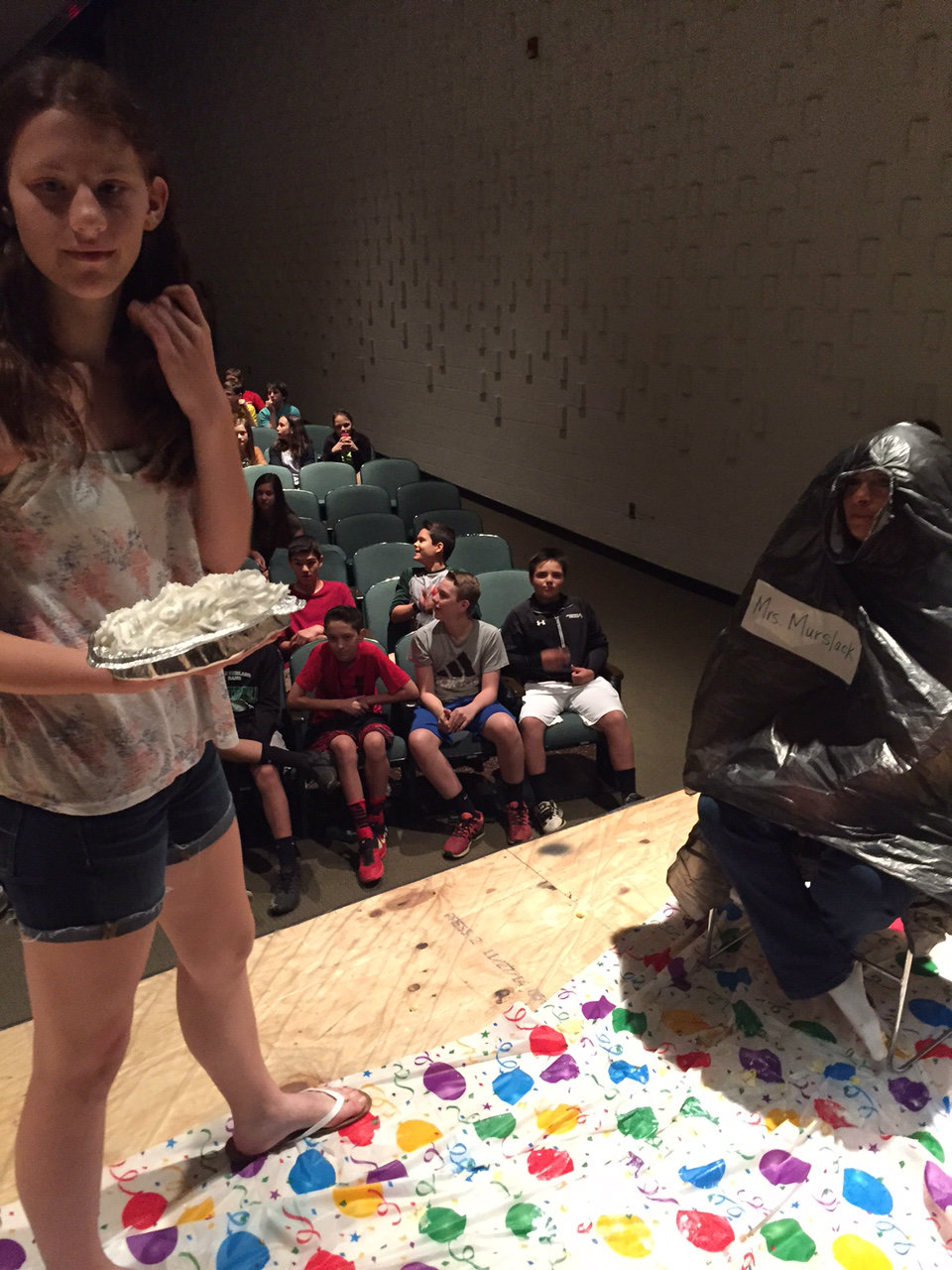 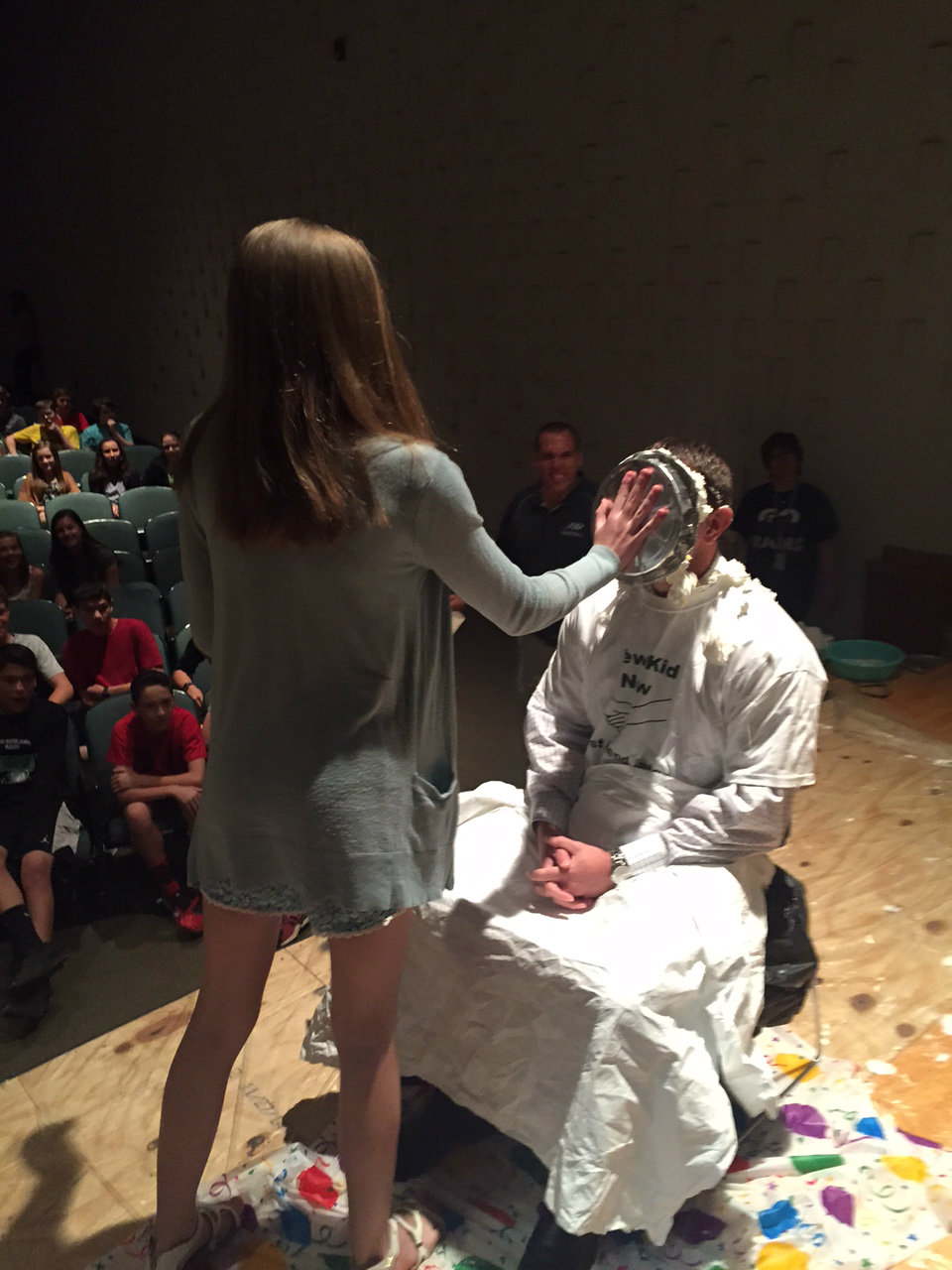 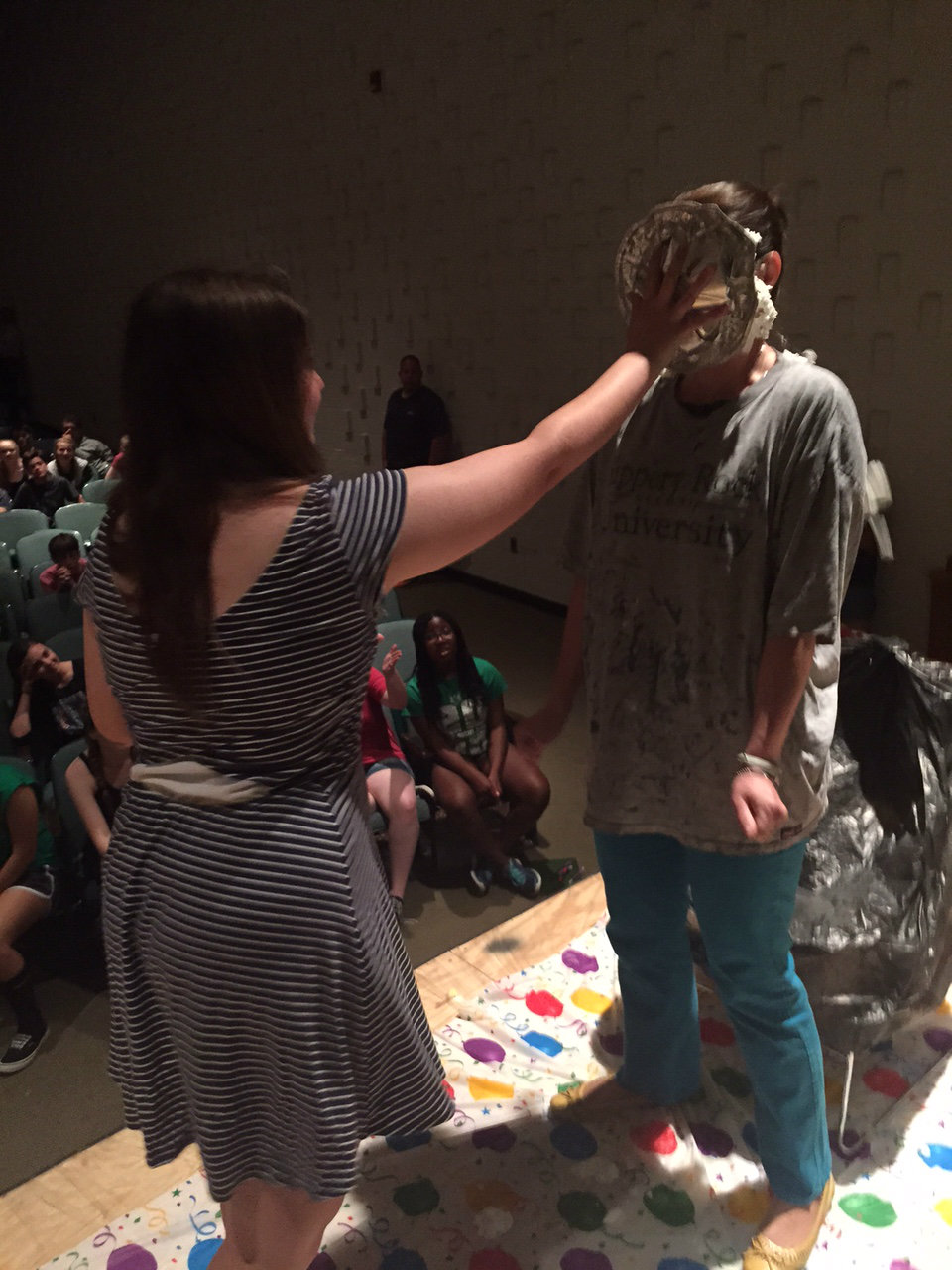 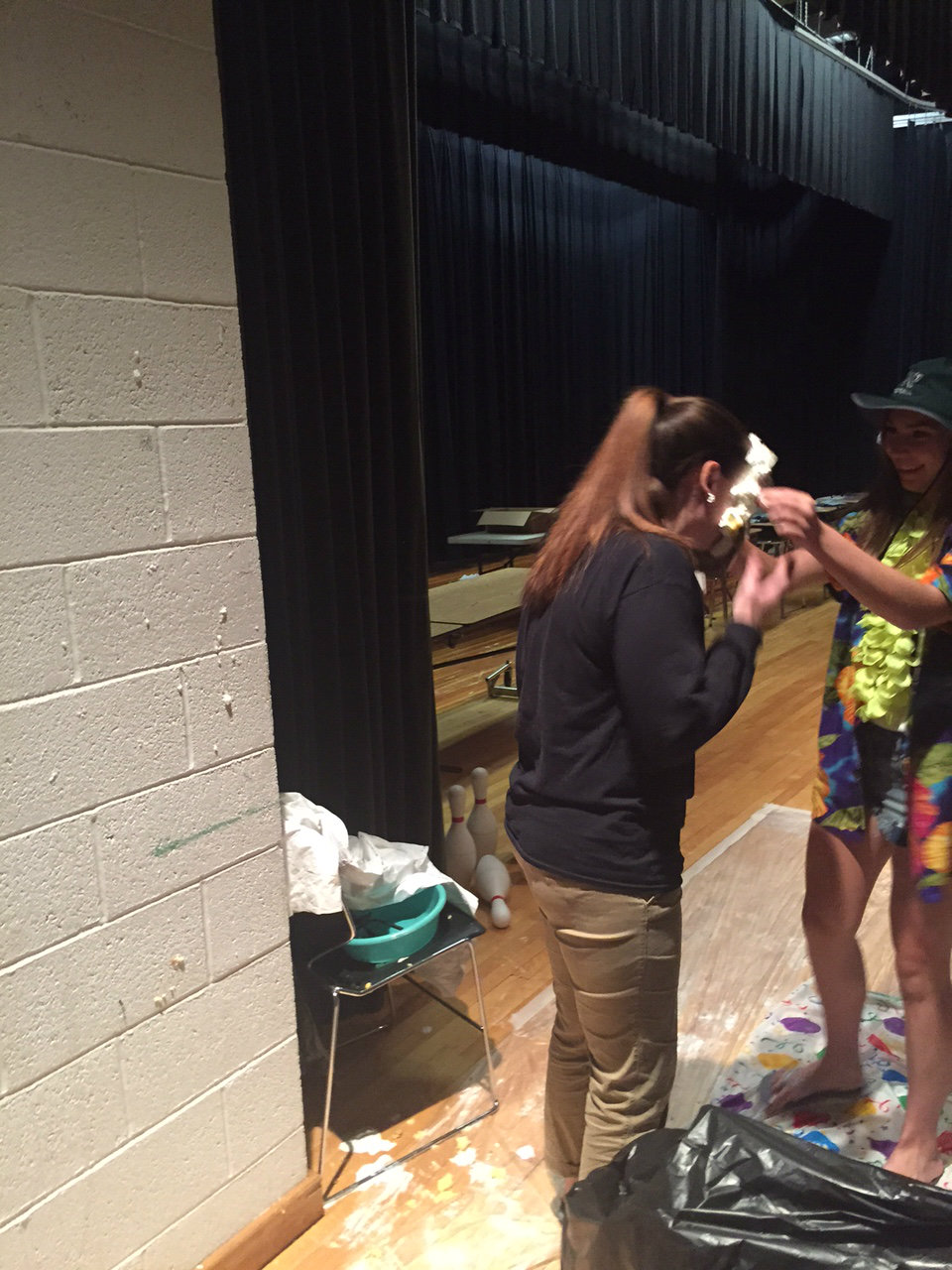 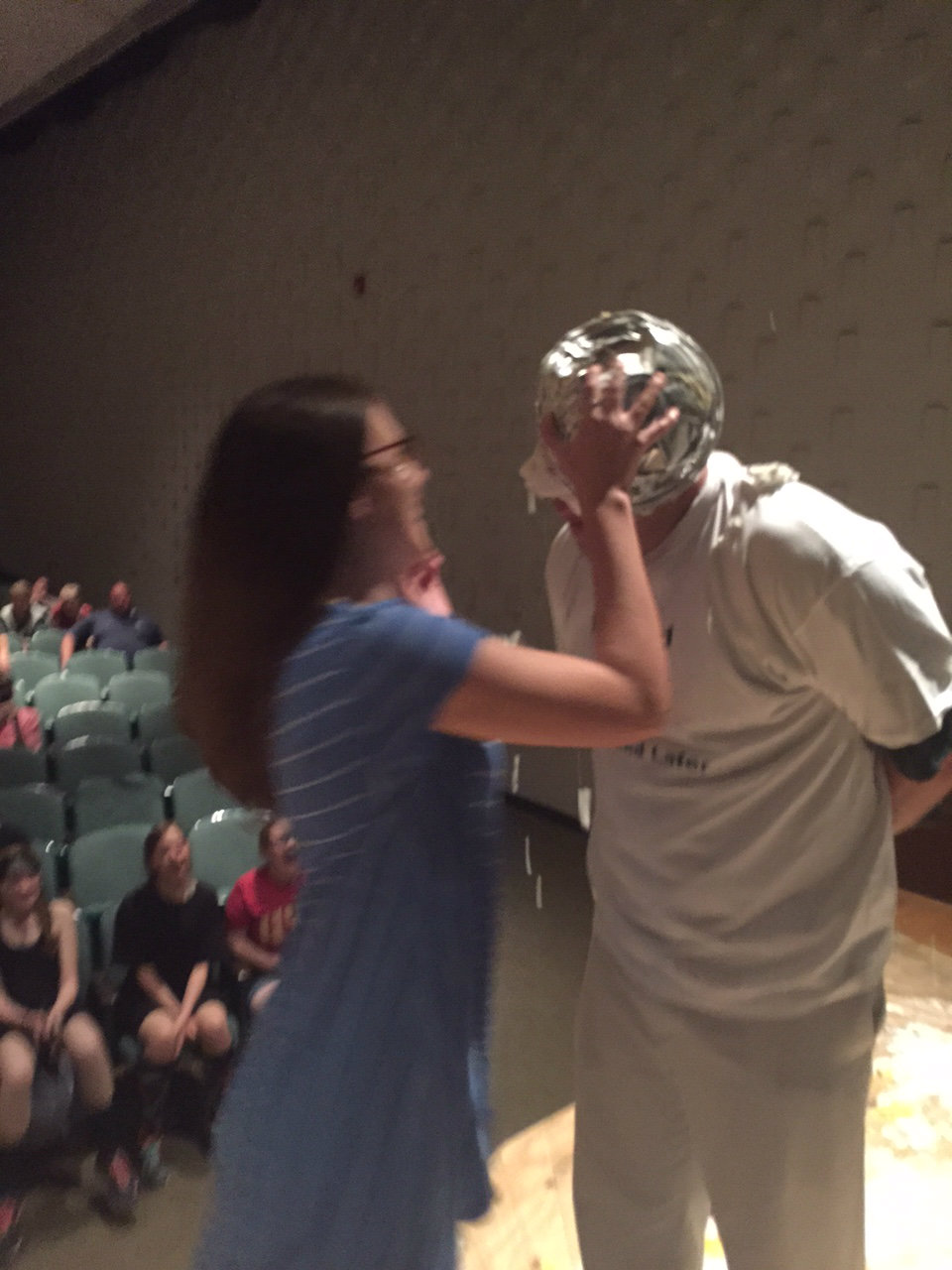 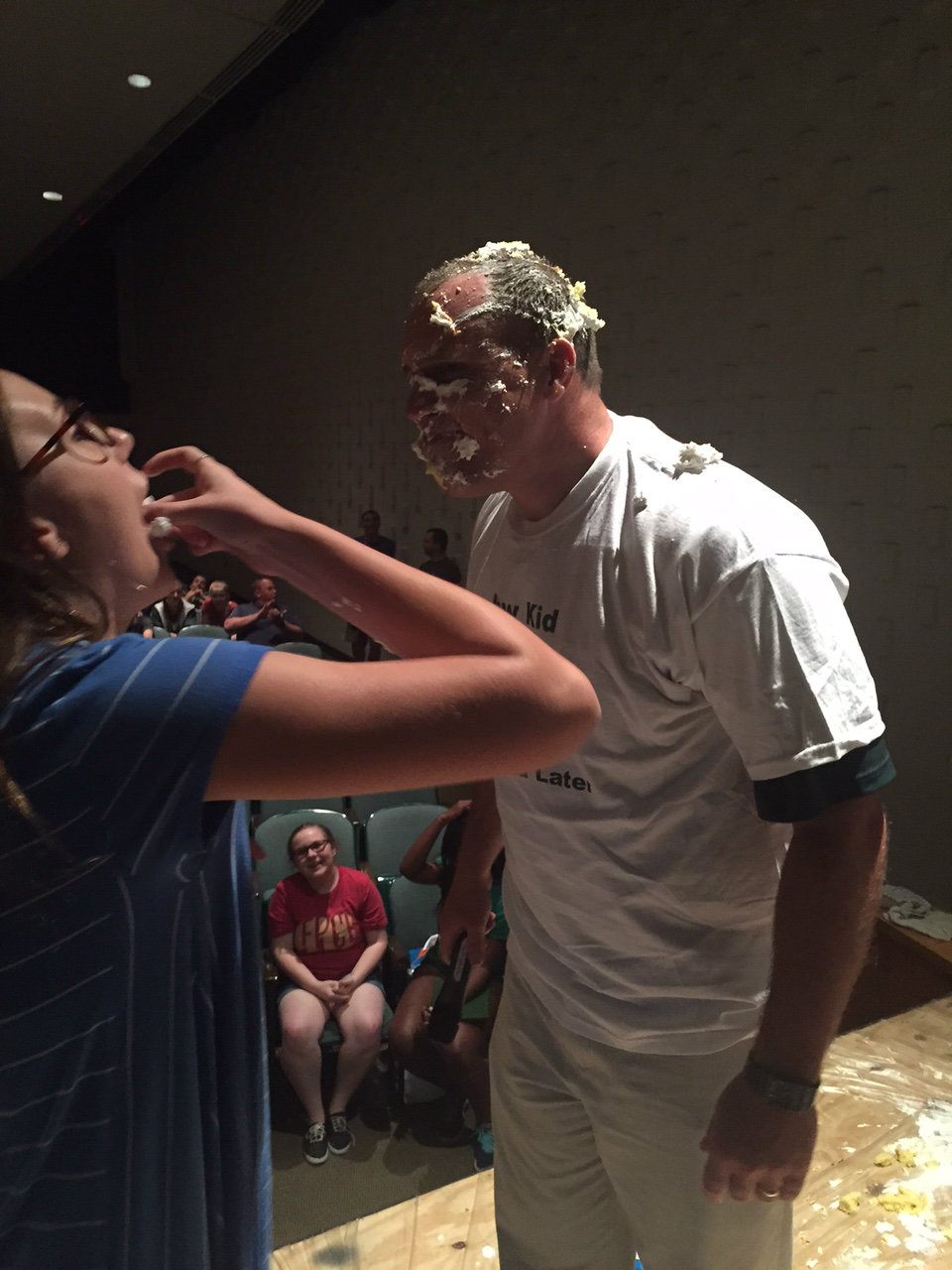 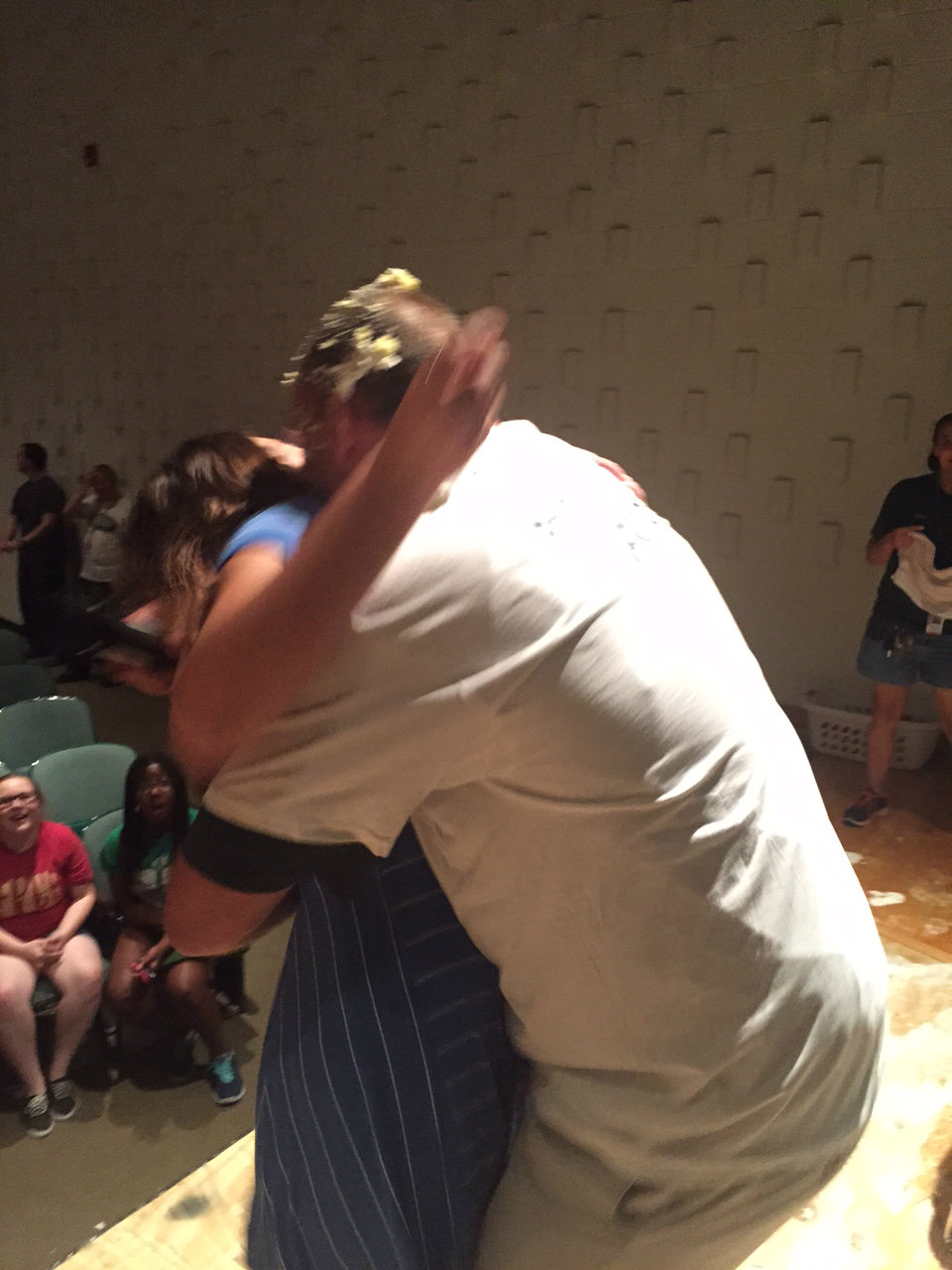 Students "adopted" a unit of 300 soldiers stationed in Afghanistan to sponsor a BBQ for the unit.  Students sent encouraging cards and notes along with BBQ supplies.

24 staff members volunteered to be pied; a teacher was pied for every $40 a student donated.

Student Government members collected money during lunch periods for one week in May.  Everyone watched excitedly as our huge "thermometer" filled and we got closer to our $1,000-pie goal.

“Thanks to the generosity of students, PR families and staff members, we reached our goal, and all staff members were happily pied at the June Ram Rewards assembly by students who donated,” said Middle School Principal Dr. Kristofic.

Throughout the year, Student Government has engaged in many community service events.  This event was different in nature since students won't necessarily see their hard work and generosity paying off for those troops.

"I am very proud of the hard work that students and staff put towards this endeavor," said Teacher Alexandra Batouyios. "I was initially nervous about not having enough staff members who would want to participate, and that somehow I'd have to get pied 10 times to make up the difference.  However, once staff learned of this worthy cause, I had MORE than enough volunteers to be pied!  This created a huge buzz around the school, and it was wonderful to see everyone come together for the common good.
Copyright © 2002-2021 Blackboard, Inc. All rights reserved.