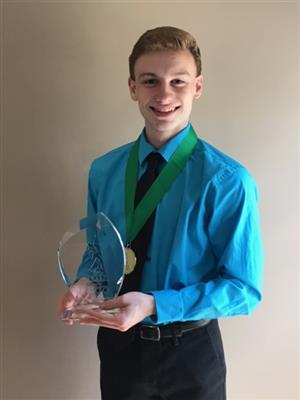 PR earned three other nominations in the program for ions in the Annual Gene Kelly Awards program.  Paige Nelson earned a nomination for “Best Actress” for the role of the narrator.
"We are so very proud of our students being nominated for the Kelly Awards for Best Actor (Jake Pederson) and Actress (Paige Nelson) in  a musical, as well as our other  musical nominations," said PRHS Musical Director
​
Sarah McGraw Krushinski. "A lot of hard work and many hours went into the entire production and the recognition our audiences gave to the students and directing team was our reward and pleasure!"
Copyright © 2002-2022 Blackboard, Inc. All rights reserved.