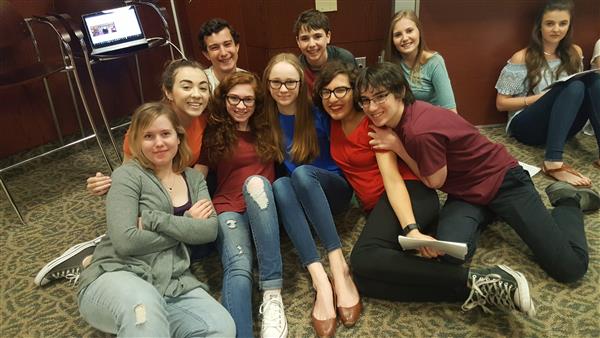 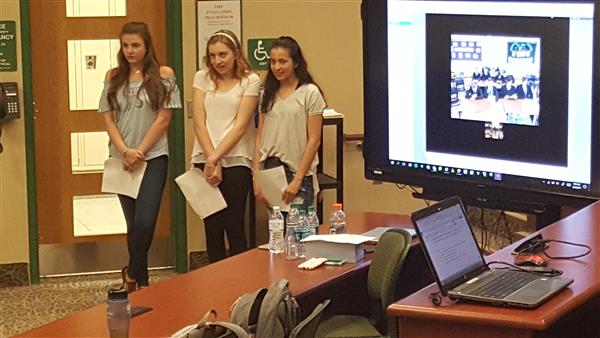 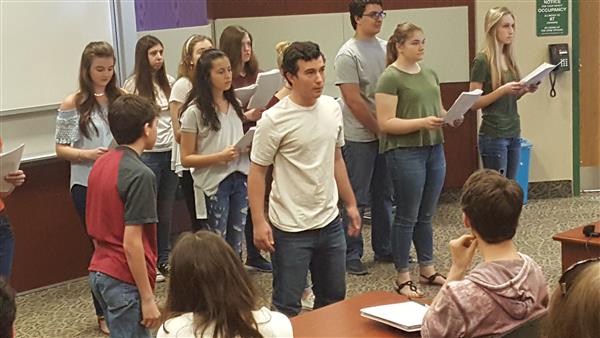 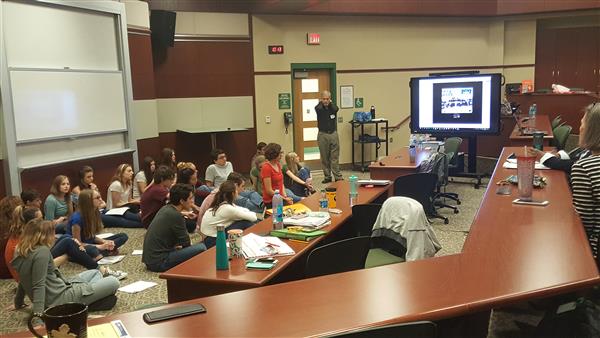 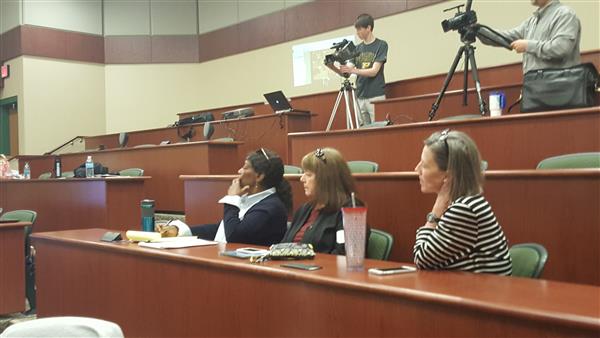 Pine-Richland High School students went global on April 24, 2017. They journeyed to Belfast, Ireland without leaving Pine-Richland via video conferencing to talk with students about literature, theater and high school life in Ireland.

Students at PRHS performed scenes from “The Perks of Being a Wallflower,” a play adapted from the best seller authored by Stephen Chbosky, a Pittsburgh native.

Students from Belfast's Ashfield School wasted no time in firing questions back and forth with PRHS students.

"I think this is  a once in a lifetime opportunity," said sophomore Brandon Pierce. "Rarely do you get to talk to students outside the country."

Also instrumental in the program was Prime Stage Board of Director Tim Devlin, who says he helps coordinate these global classroom connections with other schools.

Some of the Prime Stage Cast members also attended the program and performed scenes from their play. They were joined in the visit by Prime Stage Theater Education Coordinator Ken Lutz, Education Director Linda Haston and Operations Director Connie Brinda.

"I want to commend you all on your scene," said Ms. Linda Haston. "I can tell you worked hard on that. That was evident. You were all working as an ensemble."