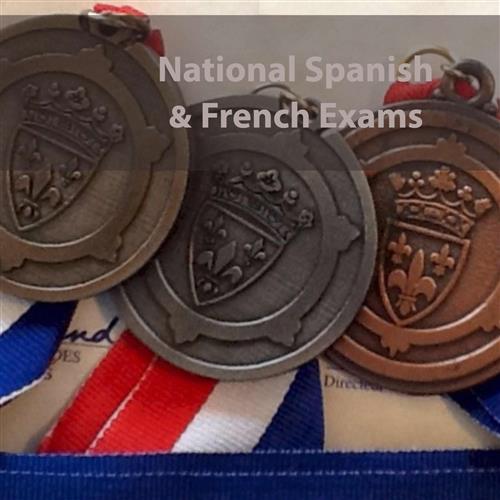 The Spanish exam is an online tool for grades six through 12 and given voluntarily by about 4,000 teachers throughout the United States to measure performance (interpretive communication) and achievement of students who are studying Spanish as a second language.

The American Association of Teachers of French sponsor the National French Contest, known as Le Grand Concours. Students studying French in grades one through 12, in all 50 states and abroad, take a written test and compete against students with similar educational background for prizes. Ninth grader Daniel Krill ranked third, ninth grader Gina Sabol ranked fifth and sophomore Devin Golla ranked seventh in Western Pennsylvania. In addition to Daniel, Gina and Devin, sophomores Taryn Douglas, Jordan Labuda, Riley Moore, Radha Patel and Kevin Zhou ranked nationally in the program according to Teacher Dawn Herbst.   Students were evaluated for their written, oral and listening comprehension skills in French.   More than 85,000 students in all 50 states competed in the 2017 event.