Pine-Richland High School English Teacher Michelle Bruno was nominated for the ATHENA award and was honored on September 7, 2016. 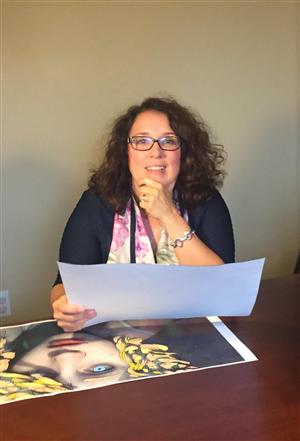 The ATHENA Awards Program of Greater Pittsburgh recognizes exceptional women who demonstrate excellence in their profession, contribute to their community and help other women to succeed through mentorship.

Award recipients will be disclosed on September 26, 2016 at the Westin Convention Center during the luncheon ceremony.

Mrs. Bruno has been teaching at Pine-Richland School District for 18 years. When she was hired in 1998, she helped create the curriculum and design a theater program to help students as they entered the professional theater and film world.

She has earned many nominations including in the Teacher of the Year program, Claes Novel Educator of Distinction and in the National Honors of High School Scholars. She mentors alumni as they work in the publishing, directing and dancing field and other performance-based arts and also serves as a mentor to women by encouraging them to volunteer and be active in the community. 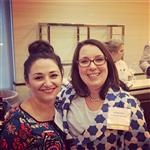 ”My goal is to dedicate my life to helping others unite, collaborate, and reach their dreams and make this world a better place by spreading kindness and understanding with laughter,” said Bruno.


She is an acting coach and has helped with production projects such as South Paw and commercial work for Westinghouse. She also was a former library lecturer for Carnegie Library.

Each year, she helps high school students participate in the Pittsburgh Public Theater Shakespeare Monologue & Scene Contest which she helped build through collaboration in the program’s infancy back in 1997.