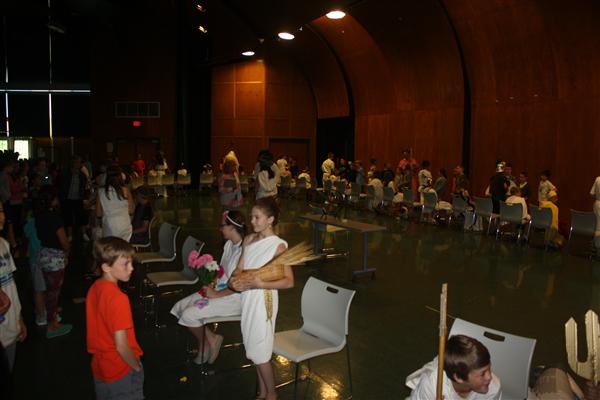 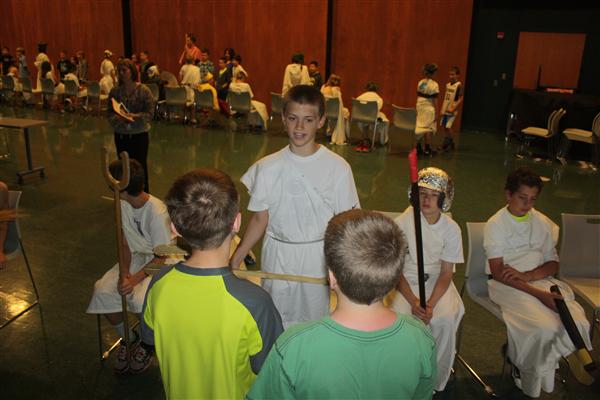 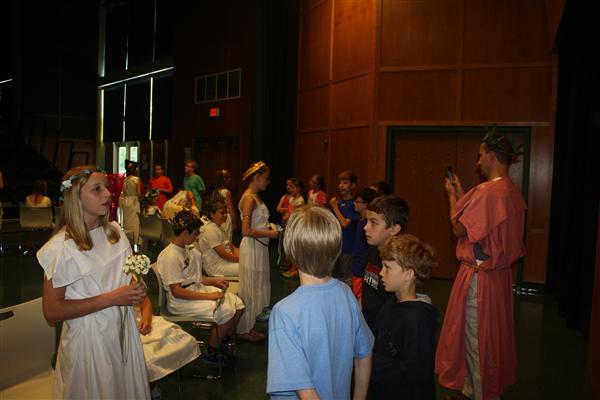 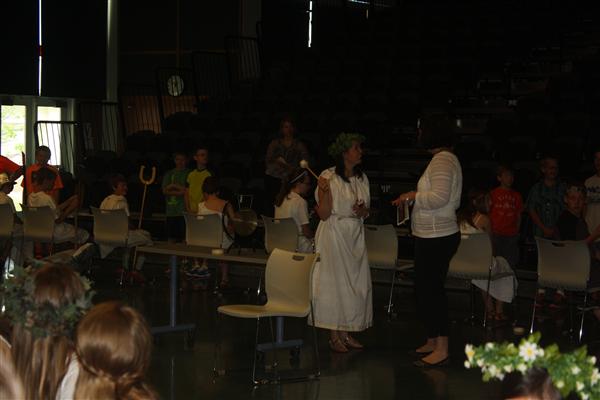 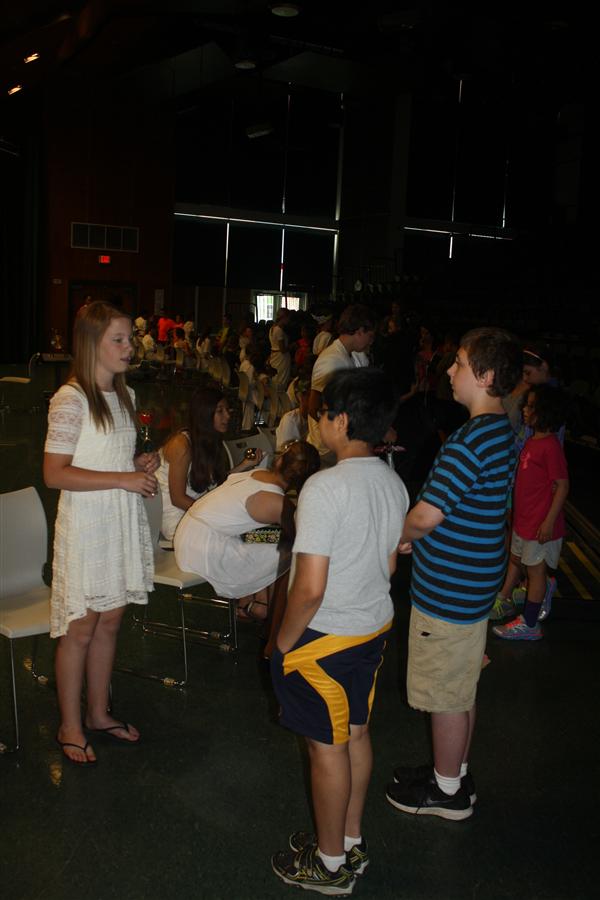 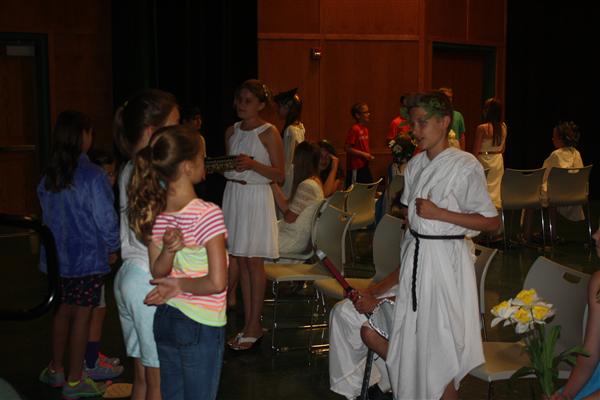 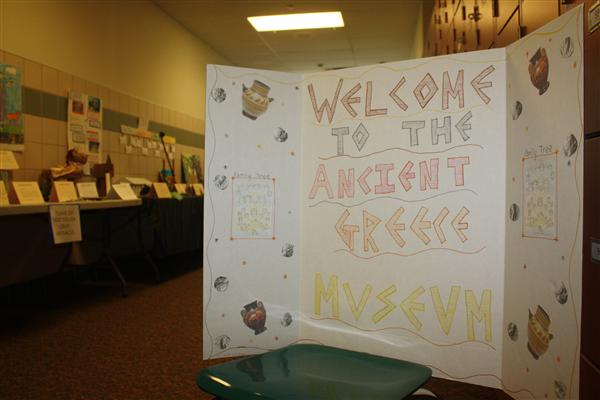 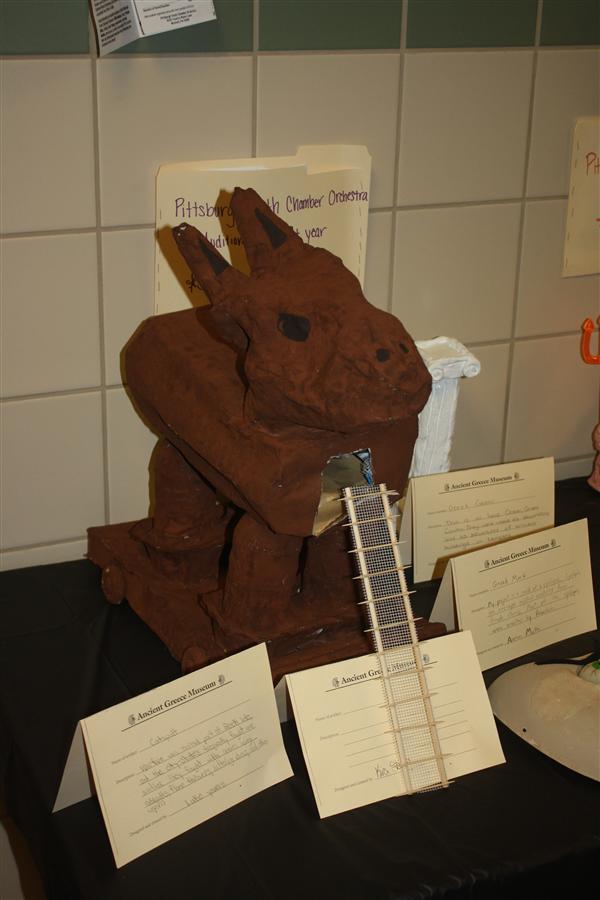 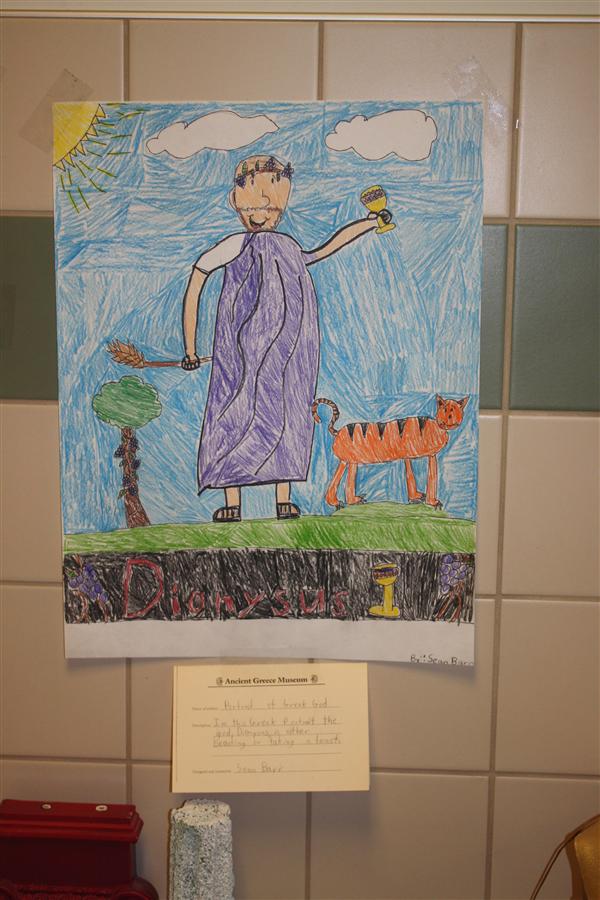 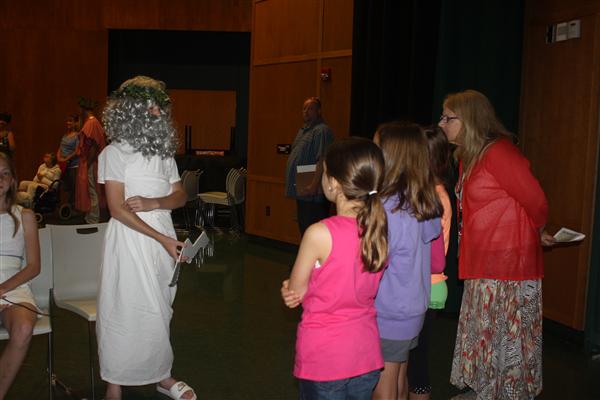 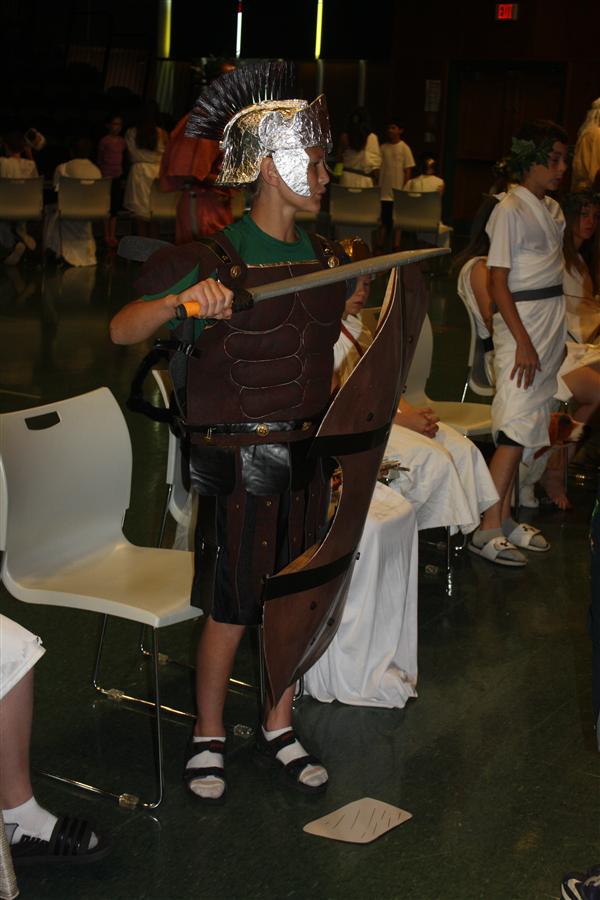 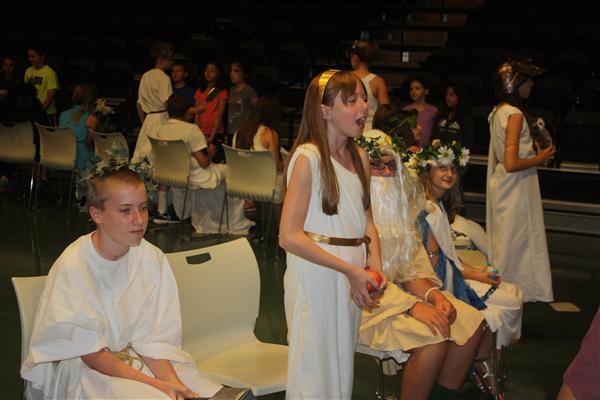 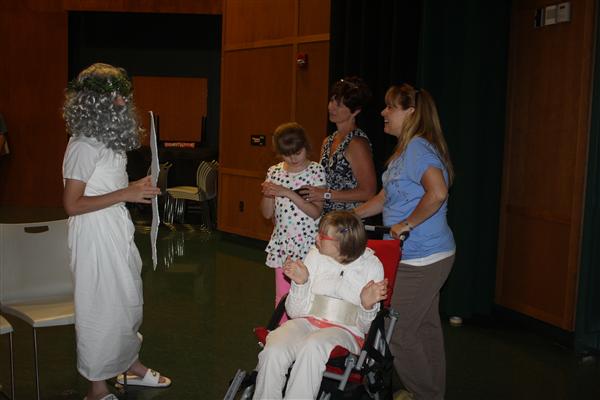 The sixth graders in Mr. Harlan’s and Mrs. Tiller’s classes have been learning about Greek mythology for about three weeks and working on their wax museum projects for two and a half weeks.

For this year-ending project, the students chose a Greek god, goddess, or hero that they wanted to learn more about.  After doing research on their choice, the sixth graders wrote speeches that were approximately a minute long.  On Monday, the students dressed in togas and with the help of props, presented their research to different audiences.

According to Mrs. Tiller, this project was something the students looked forward to and enjoyed.

“They have been very excited for this event,” she said.  “It’s a good project to keep their attention at the end of the year.”

In addition to the research on specific gods, goddesses, and heros, the students also created their own Greek artifacts.  The artifacts were set on tables outside the auditorium for people to admire before hearing the speeches.