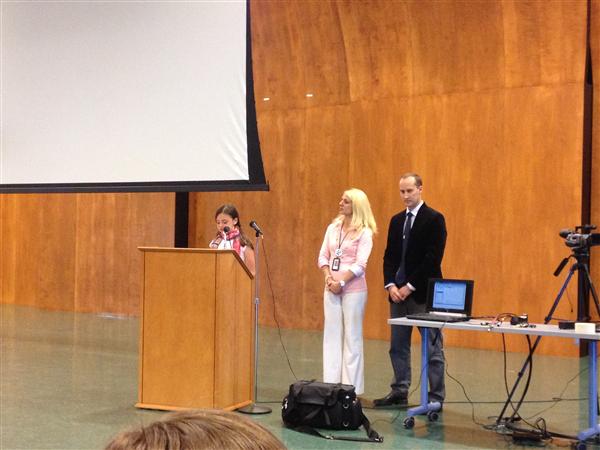 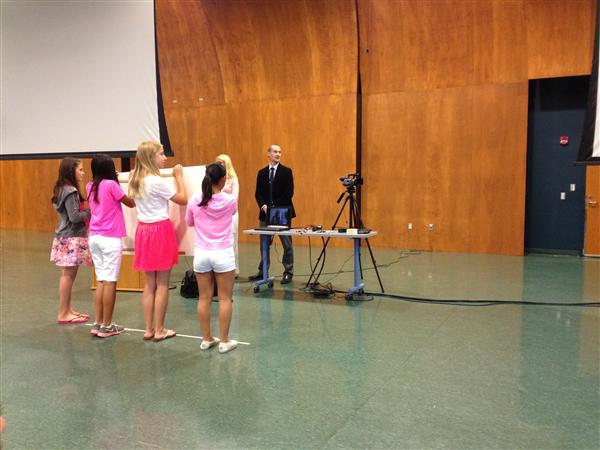 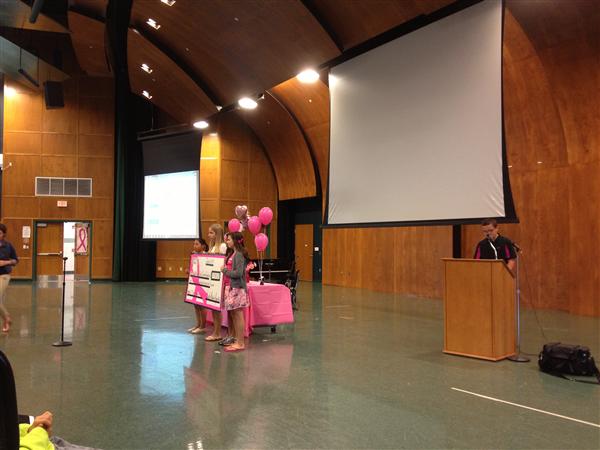 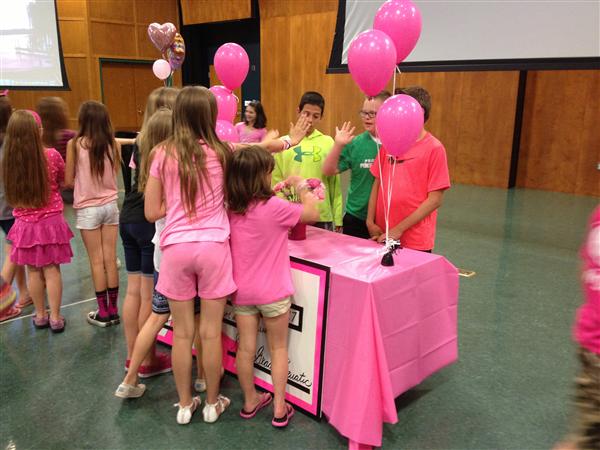 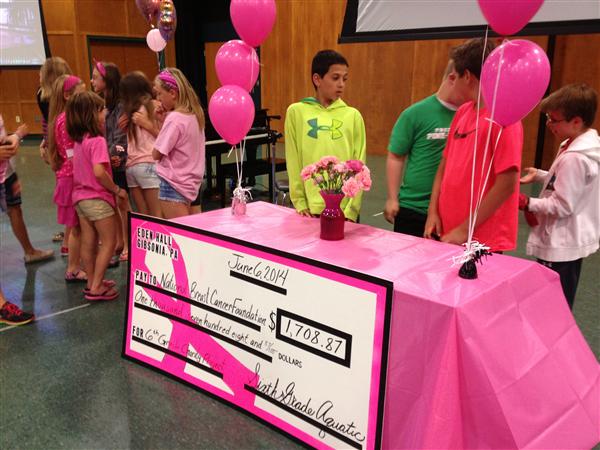 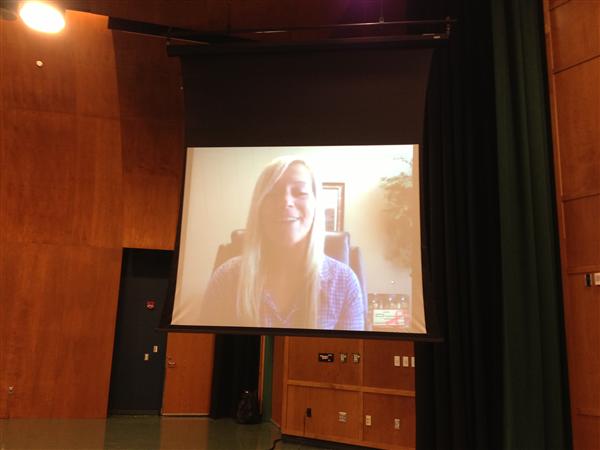 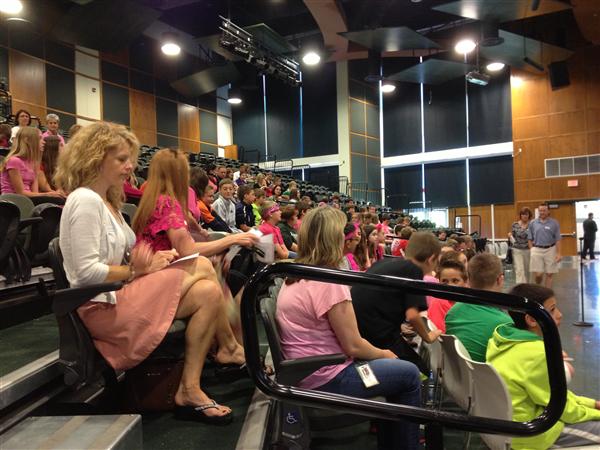 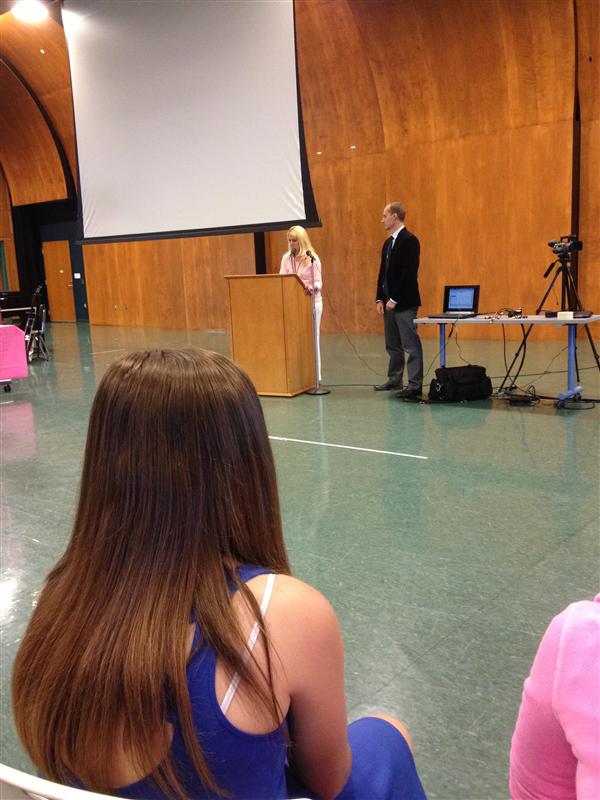 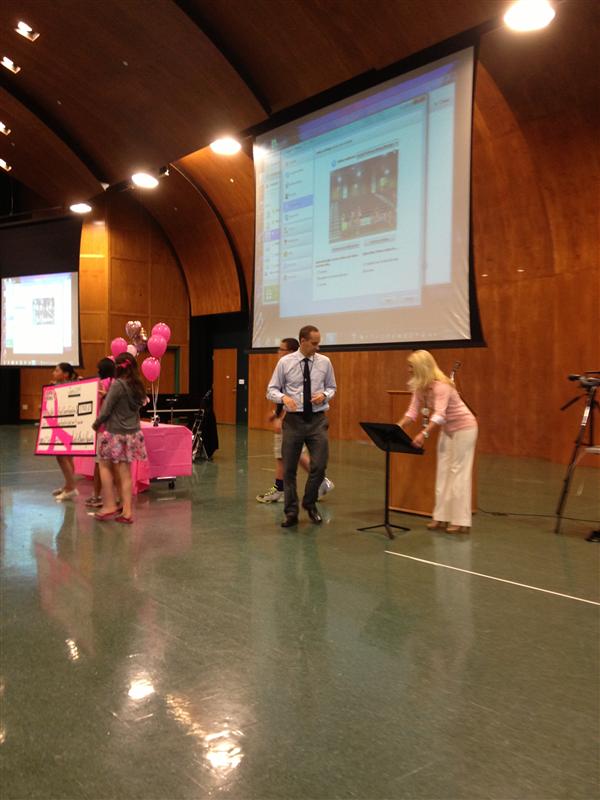 Eden Hall sixth graders are making a difference with their research and work.  On Friday, June 6, 2014, the students presented a check for approximately $1,700 to Lauren Schultz, a representative from the National Breast Cancer Foundation.  Schultz explained that $100 helps save the life of one woman, so the money the students raised would go towards saving the lives of 17 different women.

The students raised the money through a project they did that involved writing and selling their own books.  First, they researched different charities and wrote research reports and sales pitches.  They then voted on their favorite, which was the National Breast Cancer Foundation, an organization that “provides hope and inspiration to those affected by breast cancer through early detection, education, and support services.”

Then, the sixth graders co-wrote stories, created books, and sold them, raising over $1,000.  Mr. Harlan and Mrs. Lestitian explained that through this project, the students have “shown a community dedication to a bigger cause.”

The check presentation also honored Eden Hall teacher, Mrs. Bagnato, who has beaten breast cancer twice.  She gave a short speech, explaining her diagnoses and how she beat cancer with the support of her family and others in the Pine-Richland community.  She stressed the fact that the students efforts will not go unnoticed.

“Lots of good things happen when you give,” she said.  “I promise you, it will make a difference.”

After Mrs. Bagnato’s recognition, Eden Hall students Paige and McKenzie Nelson performed an original song.  The sisters wrote the song, “Survivor,” themselves for their aunt, who had cancer.  However, they explained that the song was for all survivors of the disease.

“I’ve seen the project awaken us all,” he said.  “What started as an assignment turned into much more.  It’s not just a project, but a life lesson.”