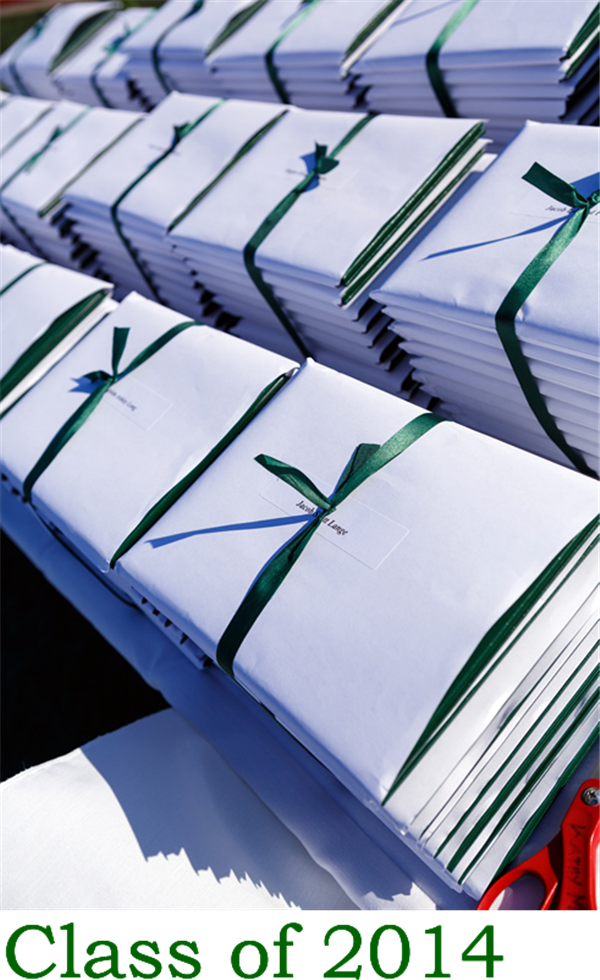 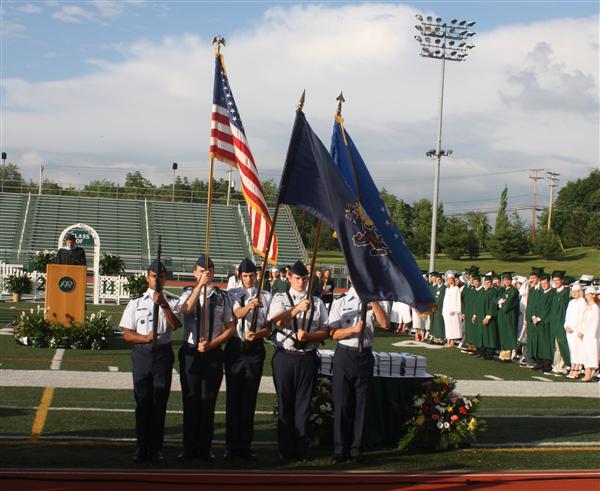 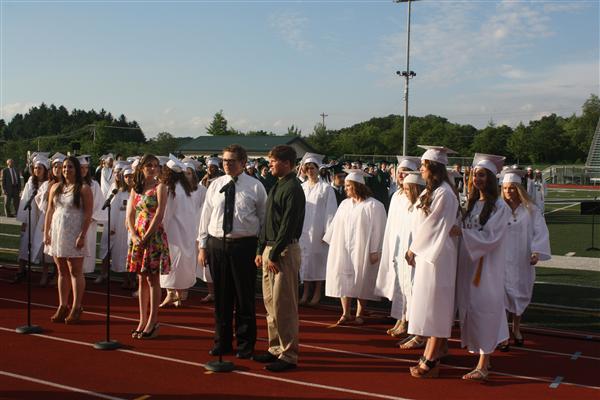 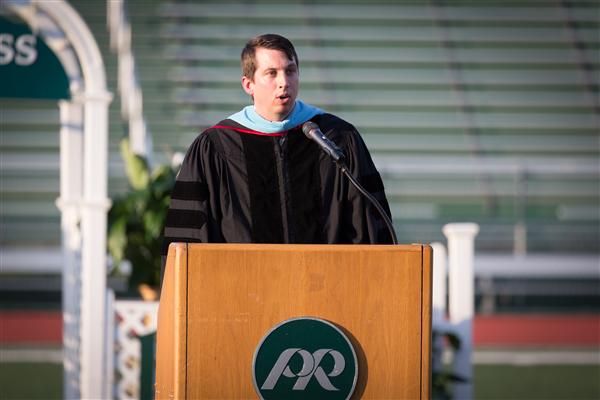 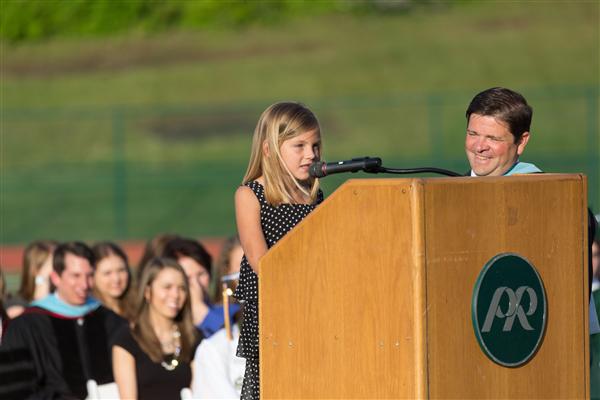 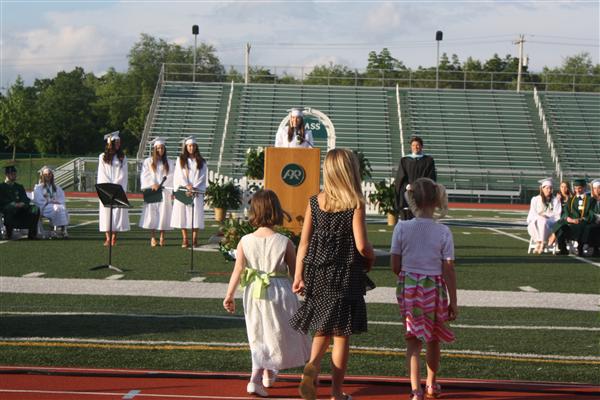 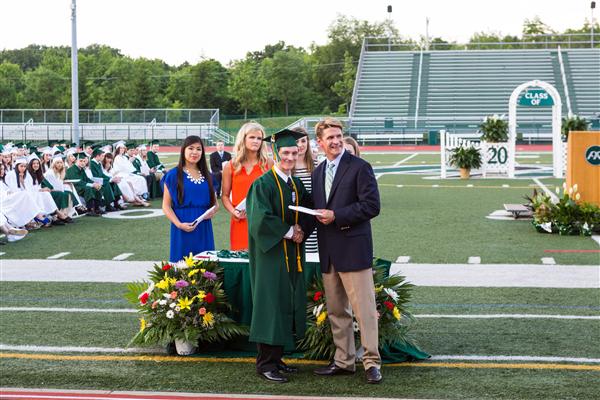 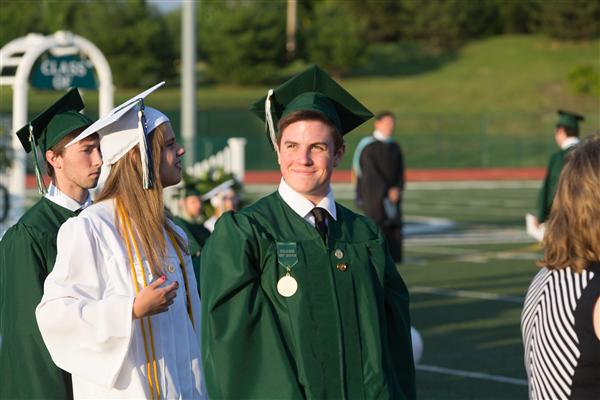 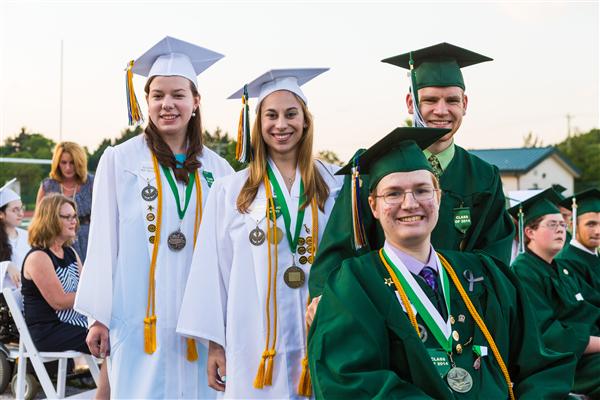 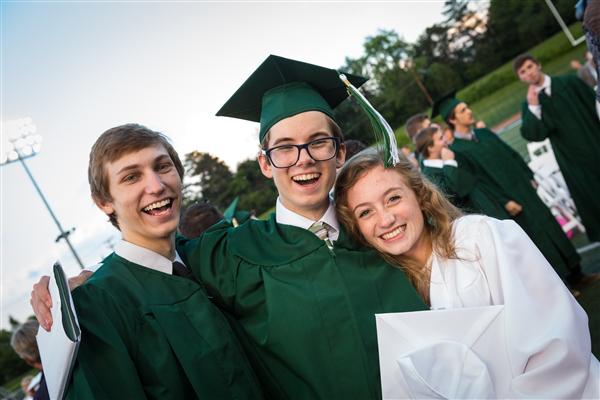 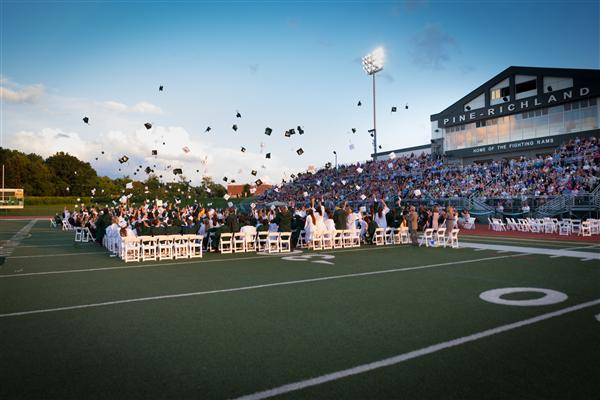 Despite strong thunderstorms early in the day, the ceremony was held outside at the stadium under a beautiful evening sky.

Throughout the ceremony, it was clear that the class of 2014 has a special bond that won’t soon be broken.  Zachary Skirpan, class president, led off the speeches with the official welcome.

“Tonight is not just about a piece of paper,” Skirpan said.  “It is about the close relationships this class has formed.”

Perhaps the highlight of the night was tertiary Kyle Pomerleau’s moving words.  Pomerleau, who was diagnosed with brain cancer in October 2013, compared people to food, saying that both have limited shelf lives.  Pomerleau stressed the importance of making a difference while you can and thanked his classmates, teachers, and family who rallied around him after his diagnosis.

“My classmates, teachers, and family mean the world to me,” he said.

He received a standing ovation from everyone in attendance.

Salutatorian Carrie Liebensperger called her time at Pine-Richland just “act one of a lifelong journey.”  She also agreed that the class of 2014 stood out in a positive way, saying that they were the first class to create memories in the new addition.

Valedictorian Jennifer Lott said she watched many YouTube videos in preparation for her big speech.  Two stood out to her, with one saying you are special and one saying you are not special.  Lott put her own spin on these ideas, saying that every one of the members of the class of 2014 is worthy.

Faculty speaker Matt Roberts then took the ceremony in a slightly different direction, asserting that the obvious theme of the class of 2014 is failure and suffering.  In his familiar sarcastic but serious tone, Roberts then went on to explain how these are the only two things that Pine-Richland hasn’t given its students and he hopes they have a chance to experience something like it.

“Failure is an option,” he said. “Only then will you suffer and grow.  Avoid a shallow life of ease and instead choose a life of joy, love, and sadness, filled with terrible failure and immeasurable suffering.”

New superintendent Brian Miller wrapped up the speeches before presenting the class with their diplomas.  He asked the students to pause and consider the perspective of their parents and grandparents.

In conclusion, Dr. Miller encouraged the students to “work hard, be safe, and make a difference.”

This year, 364 students graduated from Pine-Richland High School.  They earned a total of $7.5 million in scholarships in the coming years.  In the fall, 330 of them will attend 108 different schools across the country.  Five will enter into business or technical schools, five will enter the military, two are going on mission trips, eleven are headed straight into employment, and eleven more are undecided.